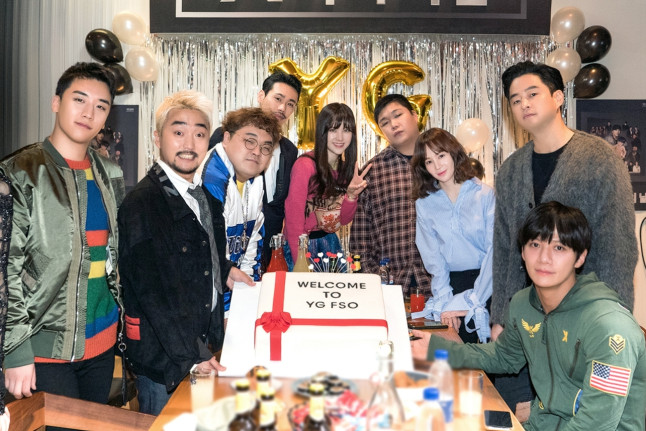 YG Future Strategy Office, otherwise known as YG FSO, is a web television series from South Korea. It features Seungri, the singer from the Big Bang, a leading K-Pop group, as the head of YG Entertainment’s imaginary strategic resources department. The series is directed by Park Joon-soo, who is well-known for producing mockumentary in the South Korean television.

YG FSO showcases a group of struggling K-pop entertainers who come up with ideas to help the company they work for, do better. K-pop is a term given to pop music from South Korea which became famous in the 1990s whereas the term gained popularity in the 2000s. The show premiered on Netflix originally on October 5th 2018 and had eight episodes.

While the show has garnered massive interest amongst the younger generation, it did get some unwanted publicity too. It was accused of racism and mocking sexual harassment. Yang Hyun Suk, who heads the YG Entertainment group, was forced to issue a public apology to the Chinese viewers.

The show starred Seungri, the lead singer and the youngest member of the legendary Big Bang group as the person who runs the “Future Strategy Office”. Yoo Baeng-jae who played a staff member, Lee Jai-jin as a troubled employee were amongst the others. The show also saw a few other lead singers/bands from the YG group like iKon, BlackPink, Park Bom and so on. Another season will very likely see the same cast.

YG Future Strategy Office Plot: What is it about?

In season 1, the show is based on YGE the real Korean entertainment company set up by Yang Hyun-suk in the late ’90s. Yang himself was a dancer during the emergence of K-Pop in that era, and his company was very successful in promoting idol groups and artists like Big Bang, BlackPink, iKon, 2Nei amongst others.

The story starts when YG sets up a “future strategy office” in order to enhance its reputation with its group of struggling musicians. Seungri plays the head consultant here, and the rest of the staff of this mock office consists of several other actors, singers or other performers. Seungri is focused on creating a better reputation for the company through the division he is in charge of, in order to win the favour of YG company. However, all his attempts end up being futile as he is given a job as a punishment for not holding his position as an idol.

While Seungri is the obvious star of the show, it kind of made fun of Seungri’s real-life scenario. Big Bang has gone into a hiatus as its members enlist themselves to the compulsory duty of the South Korean Army. Seungri himself is scheduled to enlist in 2019 at the end of this show. This being his last entertainment show before that, it could well be his last opportunity to contribute as a K-pop icon and emerge as a comedian. The last episode actually shows Alex, a new consultant being hired as Seungri is heading to the army. However, he is chased away, and Go-woon, an actress with YG takes up the position temporarily. Eventually, the entire staff is fired by the chairman as a result of Go-woon’s complaints.

The show looked like one big joke as the characters are seen cracking at each other and everyone is a good sport. Mostly everyone played their real characters and did a very good job of understanding and implementing the objective of the show. They kept popping in the show intermittently sometimes as a group and sometimes individually. The direction and script were crisp with a lot of sharp and humorous dialogues throughout the episodes. A lot of jokes, skits and slapstick situations make it an ideal sitcom for everyone’s watch.

While YG Future Strategy Office was eight episodes show that premiered on October 5th 2018, season 2 has not been announced yet. But keeping in mind the huge number of patrons of this genre of music across the globe, it is a matter of time that Netflix will be back announcing the next season. The global popularity of the K-pop phenomenon and some of its legendary stars may also attract another season.

However, looking at Seungri’s impending Government enlistment, it is quite unlikely that he will feature in season 2 as well. The producers will most likely go ahead with another lead star for this role. Hence, Netflix’s announcement of an air date will be awaited by many with a lot of eagerness.

YG Future Strategy Office’s seasons 2 trailer is yet to be out. Till then, you can watch the trailer for the first season on Netflix while you wait for more information on the second season of the series. If you are familiar with the Korean entertainment industry, you will enjoy the episodes to the core, and it is a must that you watch. And in case if you are not familiar, you will still enjoy the series thoroughly. Every episode is sure to have you in splits. So here you go!