Will There be a Yo-kai Watch 5? 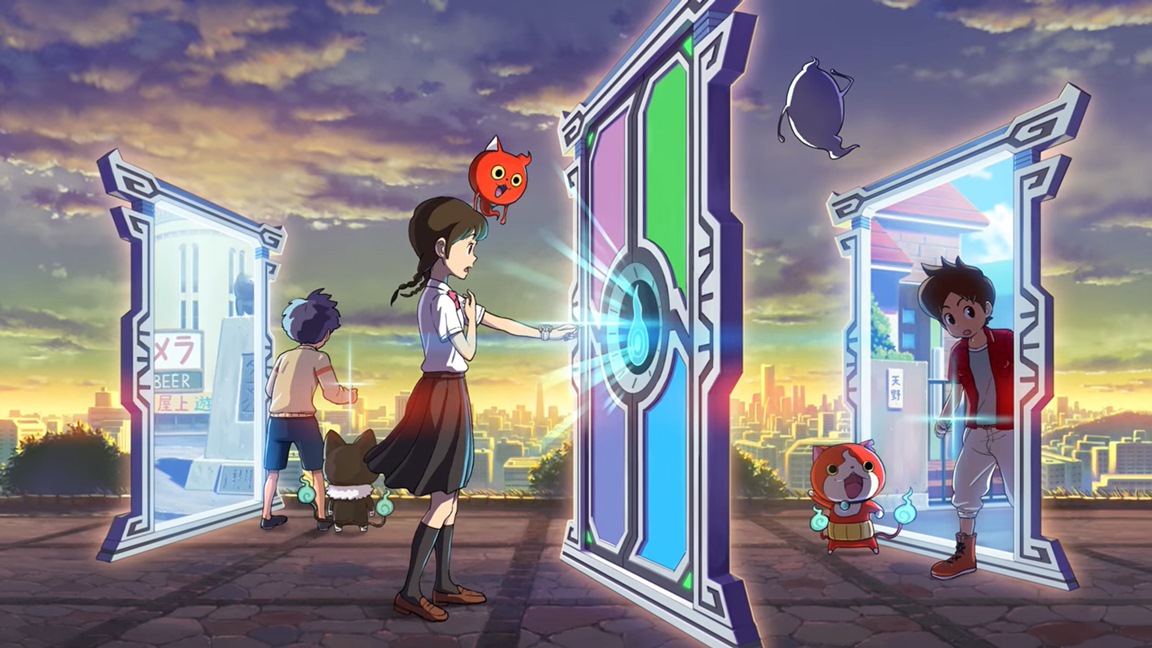 ‘Yo-Kai Watch’, on the surface, might come off as a typical RPG that deals with the collection of some meddlesome creatures and later using them to battle each other. Compared to other games of its kind, specifically ‘Pokemon‘, since its inception, it hasn’t really made much progress in context with making it is battle systems more sweeping and unique. But, as a player, only when you’re able to look past all of its clichés, you learn to appreciate the fascinating world that it offers.

For the most part, ‘Yo-Kai Watch’ offers a rather passive experience for a lot of players but what still makes it a worthy RPG is how, every single time, it manages to be ingeniously inventive with its characters and ideas.

Yo-Kai Watch 5 Plot: What Is It About?

As a player, depending on the gender you choose, you either get to be Keita Amano (Nathan Adams in English) or you get to be the female character, Katie (Fumika Kodama). In the beginning of the game, the character ends up running into the woods of Springdale while chasing bugs for a school assignment. After descending deep into the woods, you find a gashapon machine beside a very old tree. Inserting a coin in this tree releases a capsule. Upon opening this capsule, you realize that it had imprisoned a Yo-kai named Whisper for a very long time.

The Yo-Kai thankfully offers you a Yo-Kai watch (a necklace for the female character) which allows you to see all the other Yo-kai that are present in the world. With this, as a player, you are expected to set out on a quest to identify Yo-Kai all around you and stop them from spreading havoc. During your adventures, even a cat-like Yokai named Jibanyan joins you and helps you with your adventures.

In a nutshell, just like ‘Pokemon‘ and ‘Doraemon‘, ‘Yo-kai Watch’ is driven by fetch-quests where you run into all kinds of Youkai, who either help you with your quest or make it more challenging. There are mysteries and problems surroundings each Youkai and they affect the world around you depending on their motives and dilemmas.

As a player, you choose one of the two characters and using the 3DS touchscreen, you interact with your surroundings and explore new domains of the game’s vast world. Yo-Kai are sporadically spread all over the geometry of the game’s world and before you battle them, you must first lure them with foods of their choice. After being defeated in a battle, the Yo-kai approaches you and gifts you a medal for your win. With this, the Yo-Kai also allows you to summon it.

You can also acquire new Yo-Kai throughout the game by using the same gashapon machine which was introduced at the beginning of the game. Using the gold coins that you acquire from mini-quests and games, you can exchange your currency for a new Yo-Kai. Certain Yo-kai are necessary for some sub-quests and can also help you acquire other rare Yo-Kai. Yo-Kai also evolve into stronger beings either by leveling up or by fusing themselves into other Yo-Kai. There are also several special coins that can be used for acquiring a specific set of additional skills or Yo-Kai.

Bukimi, Fushigi, Goketsu, Isamashi, Purichi, Nyororon, Pokapoka, and Usurakage (Eerie, Mysterious, Tough, Brave, Charming, Slippery, Heartful, and Shady in English) are the eight base classes all the Yo-Kai can be divided in. Yo-Kai belonging to each of these classes possess unique abilities such as Purichi Yo-Kai are usually extremely swift with their movements, and similarly, Fushigi Yo-kai are mysterious ghostly begins who possess dark magical powers. The Kaima form of Yo-Kai, introduced in the recent versions of the games, is a legendary Yo-Kai that is only created by fusion. As a player, you can capture these only by collecting a specific set of Yo-Kai that have been pre-defined in the Yo-Kai Medallion.

While facing Boss Yo-Kai during battles, using the touch-screen interface of the device, you can choose six of your own Yo-Kai that you would like use. You can change their line-up based on your preference and you can also power them up or even target specific body parts of the Boss Yo-Kai using the touchscreen. The new versions of the game also introduced an “Oni Jikan” mode (known as “Terror Time” in English.) When players enter this mode, they get thrown into a “nightmarish” realm that is brimming with exquisite treasures. As a player, you’re expected to avoid being spotted by any of the Yo-Kai in this world, and if they do somehow manage to see you, you’re chased by an Oni-Yo-Kai, which can only be defeated by the most powerful Yo-Kai line-ups.

Each new version of the Yo-Kai franchise also includes new minigames and side quests that include a myriad of activities such as fishing and catching bugs. The battle system of the game is quite generic and has always been the same. The battle system can often get a little tedious, but at this point of time, the main appeal of the game lies in how imaginative it can get with its world and its creatures. Because of this, we cannot really expect the battle systems or even the quests to get any better but we can surely look forward to a more lucid world-building and also new additions to the long catalog of existing Yo-Kai.

Yo-Kai Watch 5 Developer: Who Are The People Behind It?

The ‘Yo-Kai Watch’ franchise has been developed by Level-5 and has been published by JP: Level 5.

Yo-Kai Watch 5 Release Date: When And Where Can I Play It?

As of now, no official announcements have been made regarding the release of ‘Yo-Kai Watch 5’ but we can expect it to release by 2021 for Nintendo Switch. The PS4 version of ‘Yokai Watch 4’ will be releasing on December 5, 2019.

While the trailer of ‘Yo-kai Watch 5’ is not available yet, you can still check out the trailer for the PS4 version of ‘Yo-Kai Watch 4’: