Will There be a YOLO: Crystal Fantasy Season 2? 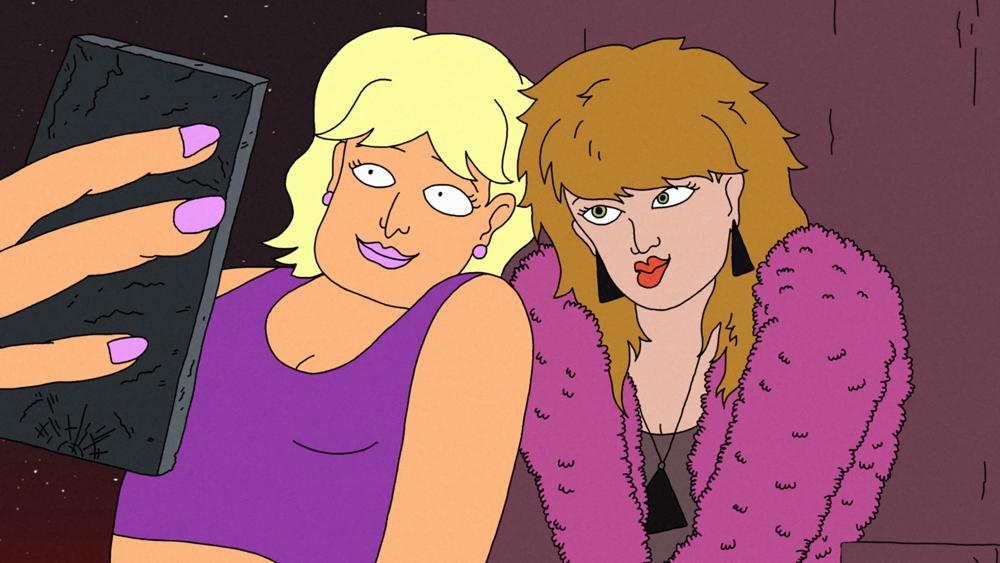 ‘YOLO: Crystal Fantasy’ is Adult Swim’s bizarre animated comedy, created by Michael Cusack. The story follows the crazy adventures of a pair of party girls, BFFs Sarah and Rachel, as they explore the Australian town of Wollongong. The show features a fluid, crude art style and is packed with absurd, wacky, and humorous jokes. The writing is smart and it qualifies as one of those adult animations that easily fits in the Adult Swim box. With the first season of ‘YOLO: Crystal Fantasy’ having completed its run, here is everything you need to know about its second outing.

‘YOLO: Crystal Fantasy’ season 1 premiered on August 9, 2020, on Adult Swim, although the pilot had dropped on March 31, 2020. The first season wrapped up with its two-part finale on August 30, 2020. ‘YOLO: Crystal Fantasy’ might not be a show for everyone but those who loved it, were drawn to its weird comedic one-liners and unrefined animation style. Therefore, it has full potential to grow into a cult hit — something that is a regular phenomenon with Adult Swim shows. That being said, news of a renewal should reach us soon. Once the channel gives the next edition a go-ahead, we can expect ‘YOLO: Crystal Fantasy’ season 2 to premiere sometime in Summer 2021.

YOLO: Crystal Fantasy Season 2 Cast: Who Can be in it?

Being an animated series, ‘YOLO: Crystal Fantasy’ features a team of Australian actors voicing the main roles. Since the story revolves around only a few lead characters, the cast is limited. Among the primary voiceover stars, we have Sarah Bishop, Michael Cusack, and Todor Manojlovic — who are expected to return for the next season as well.

YOLO: Crystal Fantasy Season 2 Plot: What Can it be About?

‘YOLO: Crystal Fantasy’ revolves around the antics of two Australian party girls Sarah and Rachel. The episodes follow the duo as they loiter around, looking for some fun times, new experiences, positive vibes, and hopeful horoscopes. The girls reside in the crazy town of Wollongong. While Sarah wishes to find true love, Rachel wants chaos and adventure. This difference often results in conflict as Rachel and Sarah uncover surreal Australiana, tackle weird bush creatures, and meet eccentric nomads.

In the first season, Rachel attends a party, hosted by her school friend Maddison, with BFF Sarah as her plus one. They then head to Goondawindi to win a meat tray and catch a glimpse of a star named Trent. Toward the end, Rachel gets lost in a portal that leads to the Bushworld dimension. Sarah waits for her but eventually, the hours turn into years. Sarah gets married and when her husband dies suddenly, she immerses herself in pottery to distract herself. But then, she starts getting calls from a girl, claiming to be Rachel. Season 2 should see the women reuniting once again and teaming up for another chain of absurd adventures in their hometown.