When Will YooHoo To The Rescue Return to Netflix? 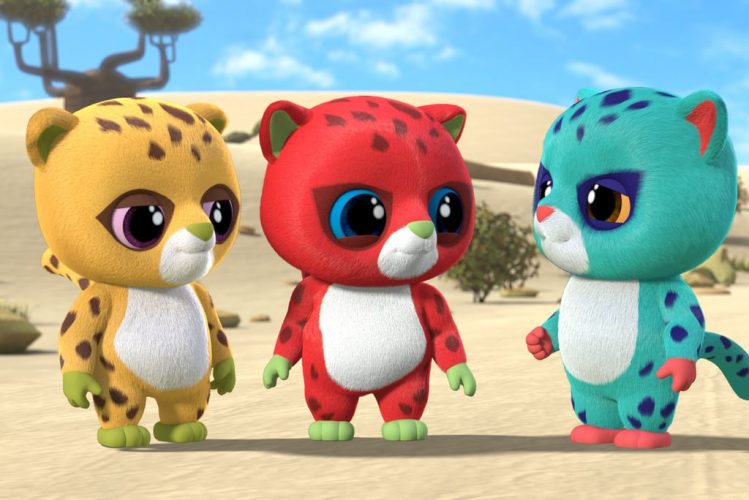 YooHoo to the Rescue is a 3D CGI animated kid’s series that premiered as a Netflix Original show in March 2019. Produced by Aurora World (South Korea) and Mondo TV (Italy), the series is the third show based on the YooHoo & Friends franchise — a line of stuffed animals introduced by Aurora World in 2006 in Korea. These five to eight-inch toys feature big button eyes, a long, soft tail, off-white colored bodies — highlighted by yellow, pink, purple, or turquoise shades around the eye region and a grey tail with colored rings.

After two successful seasons, here’s everything we know about YooHoo To The Rescue season 3.

YooHoo To The Rescue Season 3 Release Date: When will it premiere?

YooHoo to the Rescue Season 2 released internationally and exclusively as a Netflix Original on October 11, 2019.

Considering the fact that the show is very popular among kids and parents love it too because of its educational nature, chances of renewal were always quite high. And unsurprisingly, soon after season 2 concluded, it was renewed for its third season. YooHoo to the Rescue Season 3 will premiere on March 25, 2020.

YooHoo To The Rescue Characters: Who is in it?

YooHoo (Kira Buckland) is the main protagonist — a cream and grey colored bush baby who has blue eyes and a grey tail with blue stripes. He is the team leader, the most matured in the gang, and is nice with all his friends. He also harbors a secret liking for Pammee and performs the most important role of keeping the team together. He often carries a brown bag with him during his quests of saving Yootopia.

Lemmee (Bryce Papenbrook) is a grey and white lemur with yellow eyes and black eye markings. Selfish, narcissistic, and sadistic, he is the outcast in the group. However, in tight situations, he offers pieces of advice to his group — while sporting his signature bow tie.

Pammee (Ryan Bartley) is a pink and white Fennec Fox — who features pink eyes and a pink and white striped tail. Shy, girly, and dreamy, she is often referred to as a princess. Recognized by her pink bow, optimistic Pammee can converse with nature and can hear things which her friends can’t, on account of her huge ears.

Roodee (Lucien Dodge) is a capuchin monkey with yellow eyes and an orange and brown striped tail. He has an inventive mind and can build anything with twigs and leaves.  He wears glasses and usually refers to his guide-book while creating his specimens.

Chewoo ( Cassandra Lee Morris) is a red squirrel with white stripes and pink eyes. She is always cheerful, a bit immature and always hyperactive. Wearing a green hat, she often leads the team into trouble. But sometimes, because she does not think twice before doing anything, the group is able to accomplish its goals.

In season 3, all of the lead voice actors will reprise their original roles.

YooHoo To The Rescue Plot: What is it about?

The 2009 series starts by introducing us to an endangered species of animals, living inYootopia, who grow the Tree of Life. They are facing the growing threat of extinction because of worsening environmental conditions. However, one day, the magical seeds of the tree are accidentally blown away and they get scattered on the Earth. Therefore, in order to save their home, YooHoo and his friends embark on an adventure to retrieve all the seeds and bring them back.

Although, after many challenges and dangers when they are finally able to reclaim the seeds, they face yet another danger only after a few days of peace. Crocodile hunters Oops and Coops land in Yootopia to capture YooHoo and his friends and sell them to the black market. The team has to now fight all odds in order to save their habitat and spoil the plans of these villains.

YooHoo & Friends, the 2012 TV series, centers around the above five characters who work as executives at Nasty Corporation. When Mother Nature notes that they are contributing toward destroying the earth, she punishes them by asking Father Time to transform them into animals. Now, they have to redeem themselves by saving the world from threats posed by the present human residents. In doing so, they also uncover the gemstones placed by Father Time in several locations. Once they find all the gems, they are able to make a wish to turn back into humans again.

YooHoo to the Rescue follows a similar structure. YooHoo and his friends, Pammee, Roodee, Chewoo, and Lemmee live in the magical land of YooTopia. In each episode, they travel to a new destination to help animals in trouble and make new friends along the way. When there is a problem on Earth, the colorful fruits of the Sparkling Tree begin to fade. The friends get their special gadgets and board their ship Wonderbug, a ladybug-like aircraft. They use wit, teamwork, and special gadgets to solve problems and help animals in need. Over the course of their adventures, they learn fun facts about a wide variety of environments and make friends with animals.

YooHoo To The Rescue Trailer

While we wait for season 3, check out the official trailer for YooHoo To The Rescue Season 2 here.