You Me Her Season 5: Premiere Date, Cast, Recap, Update 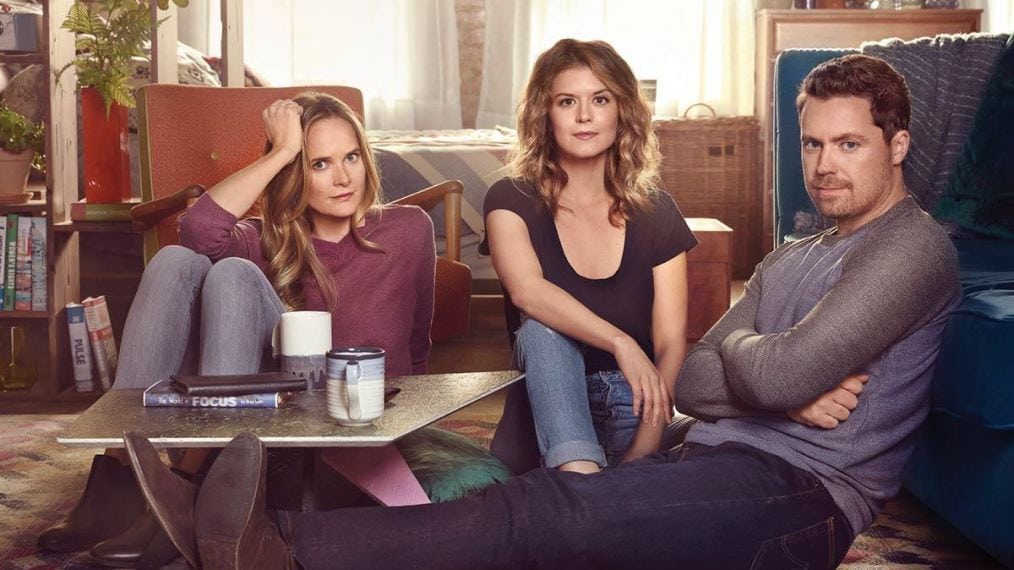 If you are interested in questions surrounding the merits and demerits of monogamous relationships, ‘You Me Her’ is just the show for you. Created by John Scott Shepherd, this American-Canadian comedy television series revolves around a suburban married couple who are forced to re-evaluate their notions of monogamy when they jointly fall in love with a younger girl.

Aired on the Audience Network and HBO Canada, Season 1 of ‘You Me Her’ first made its way to viewers’ screens on March 22, 2016. On June 9, 2016, the Audience Network renewed the show for its second and third seasons, which premiered on February 14, 2017 and March 20, 2018, respectively. Just months later, on July 27, 2018, the show was renewed again for its fourth and fifth seasons. Here’s everything we know about the upcoming season.

You Me Her Cast: Who is in it?

In the show, Greg Poehler and Rachel Blanchard plays the roles of Jack and Emma Trakarsky, a married couple in their thirties. Priscilla Faia plays the other protagonist of the show, 25-year-old Izzy Silva, who is a college student and part-time escort. Melanie Papalia, meanwhile, plays the role of Nina Martone, who is Izzy’s roommate. These four characters comprise the main cast of the show.

We expect all the aforementioned characters to make a comeback and reprise their roles in Seasons 5.

You Me Her Plot: What is it about?

The comedy drama show follows the lives of Jack Trakarsky, a student counselor, and Emma Trakarsky, an architect. Married and in their thirties, Jack and Emma’s desire to have a child are marred by their lack of a sex drive. However, their lives are upended when an impulsive date between Jack and 25-year-old college student and escort Izzy Silva, turns into a full-blown sexual affair involving all three. After Jack goes on a date with Izzy in a bid to reinvigorate his sexual interest in his wife, he confesses to Emma, who then decides to go on a date with Izzy herself. Emma’s date with Izzy ends in a rather steamy fashion, and all three parties are left with a feeling of romantic attachment, sexual attraction, and confusion.

Although Jack and Emma initially intend to see Izzy as clients in a bid to bring revitalize their sex lives, they soon jointly fall in love with the escort. As Izzy, too, starts developing feelings for the couple, their financial arrangement evolves into a real romance, and Izzy soon finds herself entering their marriage as a third lover.

While Izzy’s involvement brings with it a whole new dimension to Jack and Emma’s marriage, it does not come without its own challenges and costs. Throughout the show, Jack, Emma, and Izzy have to contend with nosy neighbors, social norms, prejudices, and traditions as they look to make their unconventional relationship work. The trio also have to confront their own feelings and insecurities as they look to fully embrace a polyamorous relationship in largely monogamous world.

Yet, while the show addresses an ultra-modern angle to relationships, it is quite ‘90s when it comes to its tone. Instead of focusing on the sexual and the raunchy bits of the polyamorous relationship between Jack, Emma, and Izzy, ‘You Me Her’ puts a lot of focus on what each of these central characters are feeling. As a result, viewers get a glimpse into the minds of all three characters, and their constantly evolving feelings for each other gives the unconventional show a rather charming quality. At the end of it all, viewers, like the three central characters, are confronted with the compelling question of whether unconventional means of happiness can be pursued in the face of societal biases, condescension, and possible ostracism.

Of course, owing to its subject matter, one cannot expect ‘You Me Her’ to have mass appeal. Even then, the show does enjoy some popularity among viewers, and has an overall rating of 7/10 on IMDb.

You Me Her Season 5 Release Date: When will it premiere?

‘You Me Her’ season 4 premiered on April 9, 2019. As far as the next season goes, we have great news for the fans. The show was commissioned for a fifth season even before season 4 made its way to television screens. We expect ‘You Me Her’ season 5 to release in April 2020, going by the precedents set by previous seasons of the show. We will update this section as soon we learn more.

You Me Her Trailer:

Watch the trailer for ‘You Me Her’ Season 4 below.