You Season 2: Premiere Date and Cast 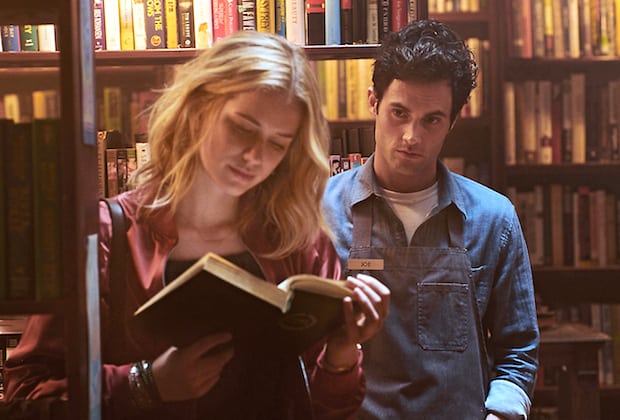 ‘You’ is a psychological thriller television series that initially aired on Lifetime, first premiering on September 9, 2018. Netflix made the show available internationally on December 26, 2018. The show only managed to attract limited viewership on Lifetime but has become a raging hit on Netflix. The show has been created by Greg Berlanti, known for his work on ‘Riverdale’, and Sera Gamble, known for her work on ‘Supernatural’. The series is entirely based on the 2014 novel of the same name, written by Caroline Kepnes.

The Penn Badgley-starer has wowed and engulfed the audience in anticipation with its psychologically thrilling storyline and cast. The series centers around a clever bookstore manager who falls for a woman who walks into his store and develops obsessional tendencies, being forced to fall back on his internet know-how to try and make her fall in love with him.

What is even remarkable about the show is the fact that critics have absolutely loved it, praising it for the drama and unapologetic entertainment, while at the same time, outlining the dangers of social media. It is the kind of show that is likely to get under your skin and remain there for some time. Moreover, the show has also been praised for juxtaposing the romantic industrial complex that glamorizes certain traits and characteristics of love, with the darker side that exists to it.

You Season 2 Release Date: When will it premiere?

‘You’ Season 1 premiered on September 9, 2018. Lifetime had already renewed the show for another season on July 26, 2018, even before it had premiered.

However, seeing how the show was more successful on Netflix, the network decided to let the show move to the streaming platform. On December 3, 2018, the announcement came that the second season of the show would be a Netflix Original, and now after more than a year, finally ‘You’ Season 2 is all set to release on December 26, 2019.

The cast of ‘You’ is led by Penn Badgley (‘Gossip Girl‘) as the main protagonist of the series, Joe Goldberg, who is a bookstore manager obsessed with an aspiring writer and attempts to deftly eliminate every obstacle that comes his way in his quest to win her love. Elizabeth Lail (‘Once Upon a Time’) comes in as Joe’s crush, Guinevere Beck, who is part of MFA program at NYU and catches Joe’s attention.

In the upcoming season, Badgley will be reprising his role as Joe. Lail will not be returning, after her character (spoiler alert) is killed by Joe at the end of the initial season. Instead, rest of the cast will almost be entirely new as the story is likely to shift to Los Angeles, instead of taking place in New York.

The new faces in season 2 are Victoria Pedretti, known for playing the character of Nell in ‘The Haunting of Hill House‘. She plays the role of Love Quinn, a health guru unsatisfied with her job as she aspired to be a chef. She is disenchanted with social media and happens to be grieving when she meets Joe and senses he has lost someone as well.

Other cast members include James Scully of ‘Heathers’ fame playing the role of Love’s troubled brother, Forty Quinn. Jenna Ortega known best for her role in ‘Jane the Virgin‘ appears in the role of Ellie Alves, a street smart teenager. Ambyr Childers, known for her performance in ‘Ray Donovan‘, returns to play Candace, Joe’s ex-girlfriend. She will feature much more prominently here. Carmela Zumbado appears as Delilah Alves, an investigative reporter with a nose for the truth. It appears as though we are in for another thrilling season as we see how Joe copes with his actions and the transition to a new place.

You Plot: What is it about?

The plot of ‘You’ is based on the best-selling novel by the same name by Caroline Kepnes, and it follows the story of an intelligent bookstore manager who becomes obsessed with a customer and aspiring writer at his store. What started as an awkward crush turns into a disturbing infatuation where Joe proceeds to extract intimate details of Beck’s life from social media websites and uses the information to gain favor with her. His stalking prowess takes a dangerous turn as it fuels his obsession to go disturbing lengths to obtain her love.

What stands out about the show is how it portrays the protagonist as gradually more and more unlikable as the series progresses. What starts off as sweet gestures, although maybe a little creepy, soon devolves to full-fledged insanity, a testament to Joe’s sadistic nature. This points out the underlying problem and the darkness that lies at the heart of the romantic gestures that are promoted by the industrial complex of love. Since courtship is often rooted in patriarchy, glamorizing it in today’s age when a woman has agency, is to push towards the extreme scenario that we see play out at the end of the season. More importantly, the series also serves as a warning for us not to romanticize or accept behavior that borders on controlling and abusive. Ultimately, what we reap is what we sow, and if we see behavior patterns like Joe’s it is best to call out since it might turn deadlier later. The best part is that the series is entirely binge-worthy, which is what made it a greater hit on Netflix than on Lifetime probably.

The second season will be based on the next novel in the series, ‘Hidden Bodies’ where Joe sets out to Los Angeles, Hollywood, a “riskier, bolder territory” to find love and seal his future in the world. The showrunner, Greg Berlanti, spoke about the second season, saying, “If you look at every act of violence that he [Joe] does in season one, that is potentially something that could come back and bite him. Part of the fun of continuing the story is that the loose ends from Joe’s past are still dangling and could come back to him at any time. He is very worried about the fact that Peach Salinger’s family has hired people to investigate her alleged suicide, and there is evidence potentially still at her house from season one.”

While we wait for season 2, check out the season 1 trailer to refresh your memories. If you haven’t seen the show yet head over to Netflix to catch all the episodes of the previous season.