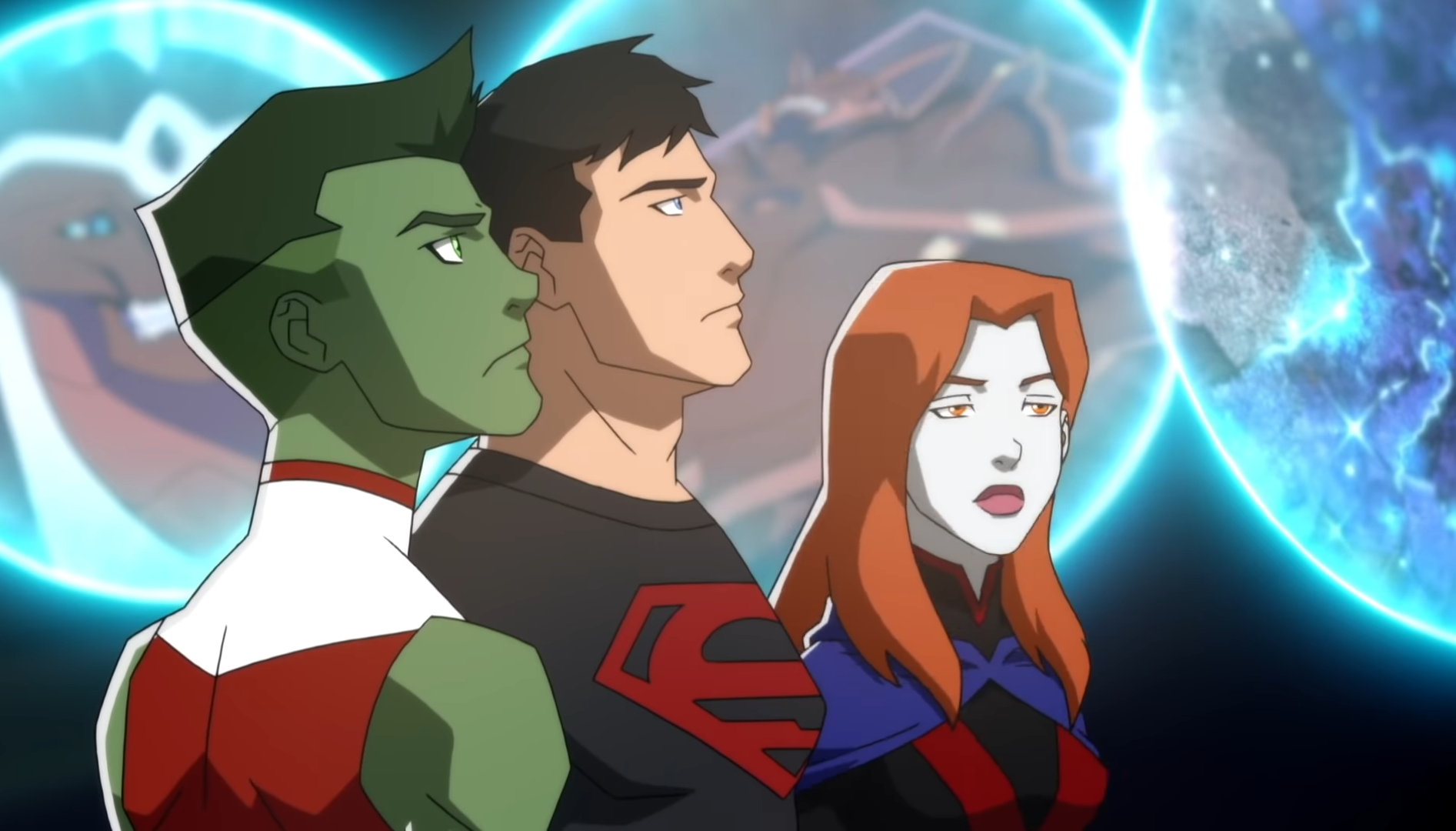 The third episode of ‘Young Justice’ season 4 AKA ‘Young Justice: Phantoms’ delves into the wedding preparations of M’gann and Connor, as M’gann’s family comes over to see the wedding decorations. But arguments ensue between M’gann and her sister Em’ree, as they confront each other’s identity and choices. With her wedding on the horizon, M’gann takes time to explain to her family that her more humanoid Martian form is a testament to her new identity, which is far from what she was upon her birth as a Martian. Well, let’s save the rest for the recap section and see what’s in store for episode 4!

‘Young Justice’ season 4 episode 4 is all geared up to land on October 28, 2021, at 3 am ET on HBO Max. The fourth season comprises 26 episodes that have a runtime of 25 minutes each. Fresh episodes of the show land on the streaming platform on a weekly basis, every Thursday.

You can watch ‘Young Justice’ season 4 episode 4 exclusively on HBO Max by logging onto the streaming platform at the aforementioned date and time. If you are keen on watching the show’s previous seasons on-demand, you can choose between Amazon Prime Video, Google Play, iTunes, Xfinity, Vudu, DirecTV, YouTube, and Microsoft.

‘Young Justice’ season 4 episode 4 is titled ‘Involuntary’ and will follow Garfield, M’gann, and Connor as they continue their expedition on Mars in between M’gann and Connor’s wedding and the other perplexing predicaments prevailing in the planet. The trio will succeed in finding answers that unravel the awful truth, which could mean that the mystery behind the Red King’s assassination is finally over. The disclosure of the murderer’s identity, for better or worse, will stir a chain of events on the planet.

As the trio makes significant discoveries in their investigation, the Legion superheroes might make their presence known in order to fight the enemies, who are going to gradually come out if the truth about them gets disclosed. Garfield, who is dealing with his own traumas and anxieties, might find a distraction with these investigations for the baffling answers. We might also see more of M’comm in episode four, deciding whether to use the virus bomb he has procured from Darkseid.

The episode might also examine the challenges of conducting the wedding amid the enemies that loom around the planet. Along with it, the truth they find out might not give M’gann and Connor a good start with marriage. With political unrest and turbulent history with her family, M’gann’s choice of Mars for the wedding might prove to be a mistake in the fourth episode.

Episode 3 of ‘Young Justice’ season 4 is titled ‘Volatile.’ It begins with M’gann’s Bio-Ship retiring on Mars. The ship has a secondary vehicle called Baby to carry the crew to Earth when they are ready. M’gann and her family inspect the wedding preparations, only for M’gann’s sister Em’ree to get jealous. Complaining that celebrations of this magnitude were not present back in the day when she got married, Em’ree picks an argument with M’gann as the former questions M’gann’s disregard of her Martian heritage.

Meanwhile, Garfield is in a dilemma as he gets haunted by the visions of Brion attacking Connor. Garfield, perplexed, leaves Connor in danger but fortunately gets saved by the new bio-ship Baby and Prince J’emm. To help Garfield, Saturn Girl gets involved without considering the Legion Superheroes’ manual of actions. The episode ends with Superman’s conversation with Lois, where he discovers that baby Jon is getting activated with his own powers.