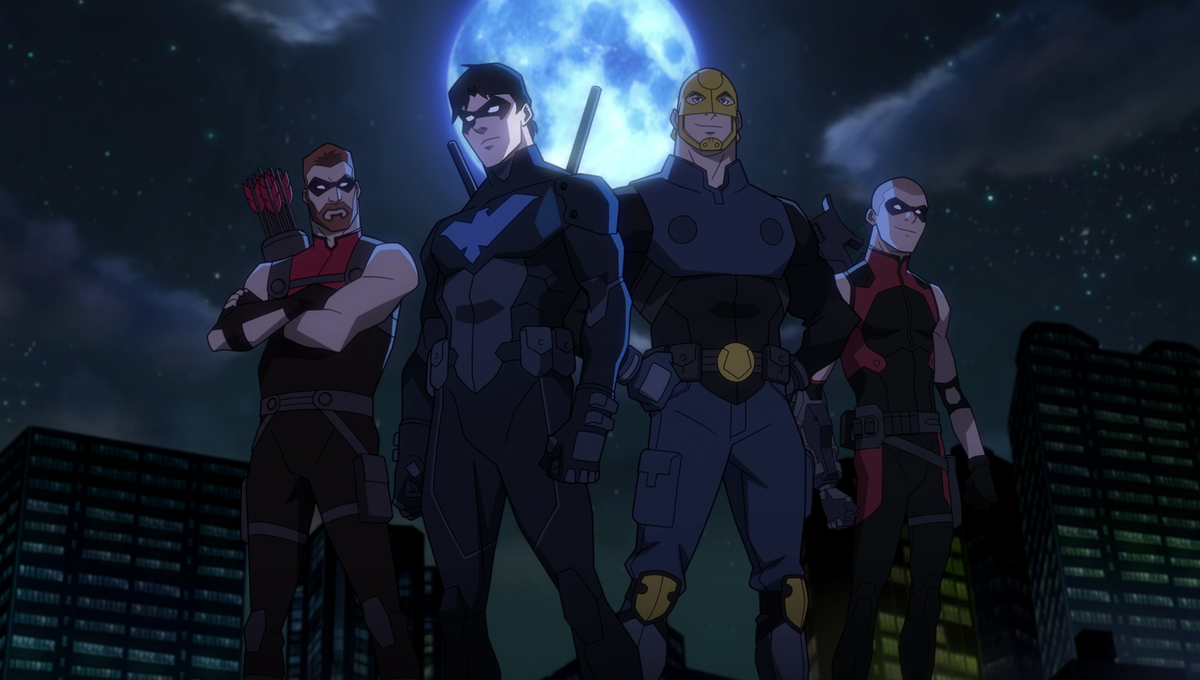 Artemis’ path of emotional recovery dissolves into another pit of sadness after she hears more bad news. Before that, she had been working as a teacher and making efforts to revamp her love life. Now, all of that seems like a distant dream because of the tragedy that has befallen the team once again. Moreover, two characters throw themselves into the lives of the Young Justice team as the heroes try to decipher their true intentions. In case you want to know more, the recap of episode 5 contains all the latest details. Now, here is everything we can expect from season 4 episode 6!

‘Young Justice’ season 4 episode 6 is scheduled for release on November 11, 2021, at 3 am ET on HBO Max. Fresh episodes of the show land on the streaming platform on a weekly basis, every Thursday.

You can watch ‘Young Justice’ season 4 episode 6 exclusively on HBO Max by logging on to the streaming platform at the above-mentioned date and time. However, if you are keen on watching the show’s previous seasons, you can choose from Amazon Prime Video, Google Play, iTunes, Xfinity, Vudu, DirecTV, YouTube, and Microsoft Store.

The sixth episode of ‘Young Justice’ season 4 is titled ‘Artemis Through the Looking-Glass.’ The episode will stretch the Artemis arc as her sister Cheshire enters the picture. She has left the League of Shadows and entered Infinity Island, but her journey with Sensei looks unfinished. However, Cheshire’s departure will end up reuniting her with her sister Artemis once again as they look back at a shadowy past together. The upcoming episode will dive into the sisters’ past, including their strained relationship with their supervillain father, Sportsmaster.

‘Young Justice’ season 4 episode 5, titled ‘Tale of Two Sisters,’ shifts the story from the vibrant martian populated Mars to Artemis, who is now co-parenting Lian with Will Harper. Artemis has been teaching literature at a local college, implying that she is in a stable position. Now that she has fully recovered from Wally’s death, she is also ready to bounce into the dating game. Her nights are all about fighting crime, while the days are reserved for living life to the fullest.

However, Artemis’ life is once again shattered when Dick and Kaldur come to her bearing bad news. Superboy has died on Mars, which concludes a poignant journey of friendship and adventure. Her heart cries for Megan, who has just lost the love of her life. This tragedy also brings back the worst moments lived by Artemis, especially her failure to protect her sister Cheshire, who has now returned to Infinity Island hoping to leave the League of Shadows.

Meanwhile, a mysterious woman follows Artemis only to be stopped by Arrow and Arsenal as they confront her using muscle power. This woman is revealed to be a redesigned version of Onyx Adams. She has returned to warn the Young Justice team against Cassandra Savage, who wants to infiltrate their alliance. Shortly after, Cassandra shows up injured and mutilated, but it is difficult to ascertain which woman is actually on the side of the heroes. Even more so, when both of them ultimately stay behind to help the team fight an attack by the shadow ninjas.