Young Royals Season 2: Everything We Know 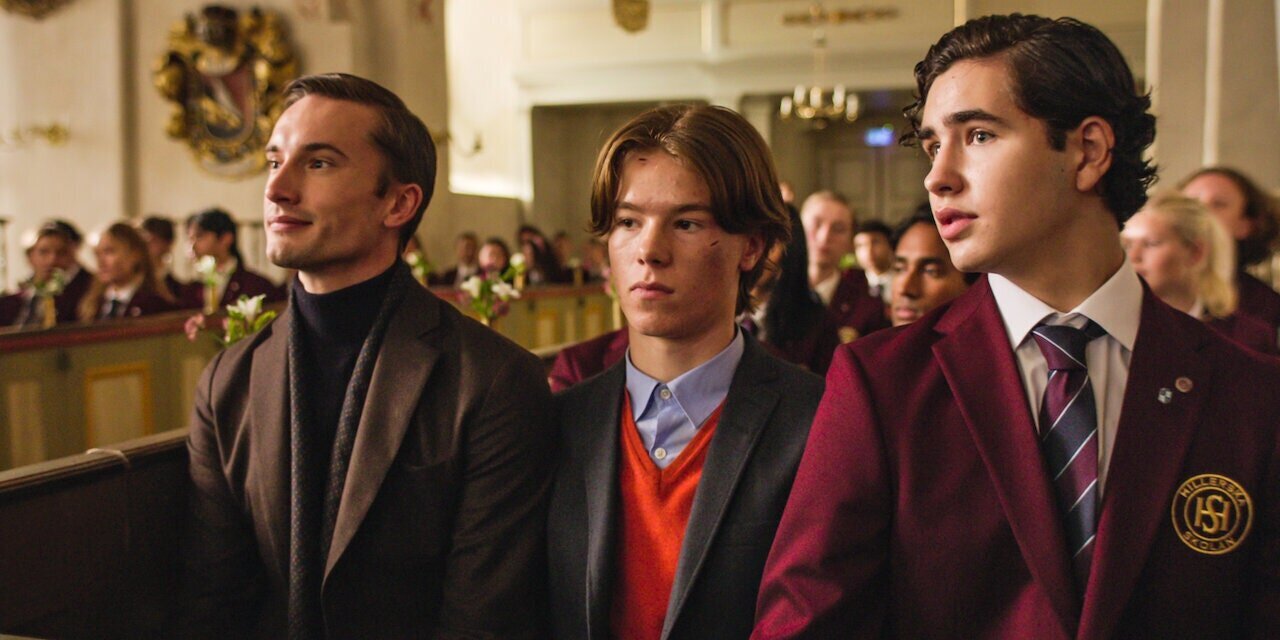 ‘Young Royals’ is a Swedish romantic drama on Netflix that follows Prince Wilhelm, who is sent off to a prestigious boarding school called Hillerska. At the new school, he finally gets an opportunity to live life on his terms until an unexpected event compels him to choose between love and duty. Created by Lisa Ambjörn, Lars Beckung, and Camilla Holter, the teen drama originally premiered in July 2021.

The series has been appreciated for the rawness with which it depicts the chaos of teenage life. The fresh energy of the young cast members and the inclusion of LGBTQ+ characters make the romantic teen drama all the more relatable. However, some critics felt that the show tends to lean on predictable tropes such as the social divide between the royal family and the general public. Nevertheless, the series is highly entertaining. If you are already looking forward to the second season, here is everything we know!

‘Young Royals’ season 1 released on July 1, 2021, on Netflix. The first season comprises six episodes, with a runtime of 40-52 minutes each.

With regard to the second season, here is what we’ve gathered. Currently, there is no news about the potential season 2. But the series finale leaves the door open to take the story arc forward. Additionally, Netflix provides the show with an international platform, which means that it can draw a massive audience. It has already been compared to hit series like ‘Gossip Girl,’ ‘Elite,’ and ‘The Crown,’ which boosts its reputation. Moreover, the show is produced by Nexiko, an award-winning and highly reputed independent production company in the Nordic region. Looking at all of these factors combined, a new season seems highly probable.

Since Netflix does not usually release its viewership figures, it might be hard to gauge the show’s performance. The streamer takes a couple of months before picking up a show for another round. Therefore, if it is greenlit for a new edition, we can expect ‘Young Royals’ season 2 to release sometime in Summer 2022.

Young Royals Season 2 Cast: Who can be in it?

In the first season, the key cast members are Edvin Ryding (Prince Wilhelm), Omar Rudberg (Simon), Malte Gårdinger (August), Ivar Forsling (Erik), and Frida Argento (Sara). Others in the lineup include Pernilla August (Kristina), Samuel Astor (Nils), Mimmi Cyon (Fredrika), Fabian Penje (Henry), and Carmen Gloria Pérez (Linda). So, if the show returns for a second round, we can expect most of these actors to reprise their roles. Some new people might also be cast to portray new characters.

Young Royals Season 2 Plot: What can it be About?

In the first season, Prince Wilhelm finally adjusts to life at Hillerska. He makes friends and even finds love. But unexpected circumstances throw his life off-course, and he becomes the next in line to the throne. In the final episode of season 1, Wilhelm learns that it was August who leaked the sex tape that featured the young prince and his partner Simon. Wilhelm is even more heartbroken when he realizes that the Queen knew the truth all along but chose not to address it in the name of protecting the family’s reputation. The episode ends with Wilhelm hugging Simon in public before the former is driven away for the Christmas break.

If there is a season 2, it could explore Wilhelm and Simon’s relationship now that it seems to have become public knowledge. We might also see if Sara and August will continue their deal or not. Wilhelm is upset with the Queen, and matters have not been resolved yet. So, the potential season 2 has interesting plot threads to pick up.