Young Sheldon Season 4: Everything We Know 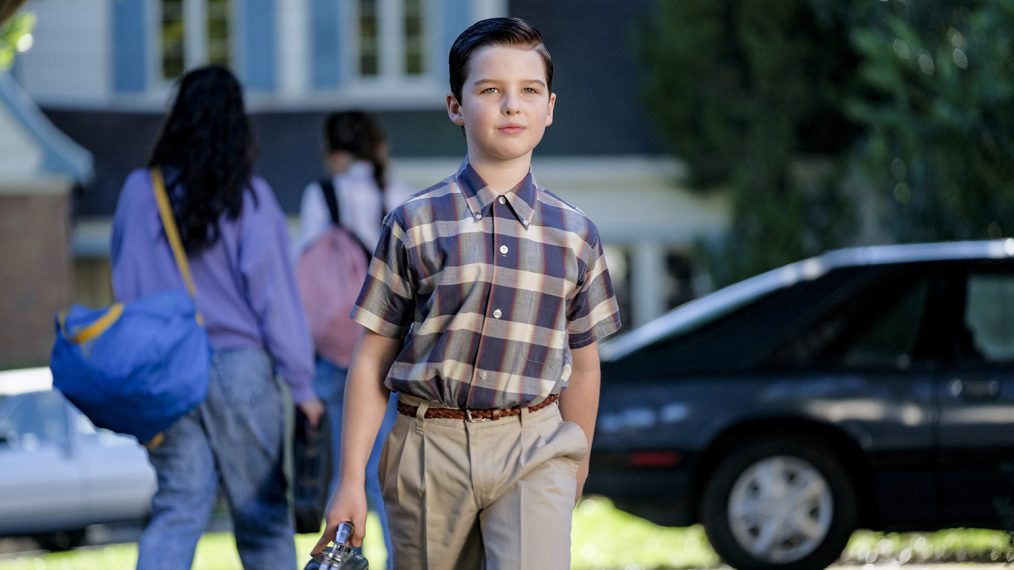 Sheldon Cooper has, time and again, cemented his ‘spot’ as TV’s most lovable genius. Be it as an eccentric, accomplished researcher in ‘The Big Bang Theory’ or as a cheeky young prodigy on the BBT spin-off prequel, ‘Young Sheldon’, Sheldon has a special place in TV audience’s hearts. ‘Young Sheldon’ follows Cooper in his formative years as he and those around him contend with his genius.

Helmed by showrunner Chuck Lorre and Steven Molaro, ‘Young Sheldon’ has fast become a CBS Entertainment staple. The show’s parent series, ‘The Big Bang Theory’, left a gaping hole in the channel’s programming when it concluded in 2019. Given ‘Young Sheldon’s’ popularity, CBS knew precisely where to look for a filler.

After the completion of season 2, CBS carried out a dual-season renewal of ‘Young Sheldon’, with season 3 taking over ‘The Big Bang Theory’s’ primetime slot in 2020. While season 3 concluded in April 2020, season 4 is definitely next on the cards. In a statement on the renewal, CBS Entertainment President, Kelly Kahl, had a lot of praise to offer, “Thanks to Chuck Lorre’s and Steve Molaro’s outstanding creative leadership, ‘Young Sheldon’ has been a powerful performer for the network with an audience that towers over most of the television landscape”

However, coronavirus put a damper on what was shaping up to be a stirring finale for season 3. Just as COVID-19 began to exacerbate in March, film and television production in Hollywood came to a standstill. ‘Young Sheldon’, too, was not spared. Warner Brothers Television Group suspended production of season 3 on March 13, 2020, and the usual block of 22 episodes was curtailed to just 21. However, President Kahl has been optimistic about CBS shows like ‘Young Sheldon’ returning to primetime TV come fall 2020. Our best guess is that Young Sheldon season 4 will release sometime in early 2021, if not late 2020.

Given that Iain Armitage’s co-workers have nothing but praise for him and his acting prowess, he is likely to return in the titular role of Sheldon. The rest of the regular cast, namely Lance Barber, Zoe Perry (Mary Cooper), Annie Potts (Meemaw), Montana Jordan (Georgie Cooper), and Raegan Revord (Missy Cooper), are also expected to be back with a bang. CBS, too, seems more than content with its casting choices and the show’s character arc.

Our biggest insights into how the upcoming season will shape up come from season 3.  Season 3’s finale was all poised to feature Sheldon’s momentous graduation from high school – at the ripe young age of merely 11. Alas, the halt in production left audiences without closure. But all hope is not lost, as co-showrunner Molaro disclosed that the scrapped footage may end up in the season 4 premiere. Also included in season 4 will undoubtedly be Sheldon’s escapades at university, as he formally begins his undergraduate degree at East Texas Tech.

Another giveaway from season 3 is ‘Young Sheldon’s’ introductory credit sequence being revamped to include Sheldon’s entire family. This hints at the direction Lorre and Molaro want the show to head in. The upcoming season may feature as much of Sheldon’s kooky family and the antics they get up to as Sheldon himself.

We can also look to ‘The Big Bang Theory’s’ many references to Sheldon’s childhood for an inkling of what comes next. ‘The Big Bang Theory’ made several allusions to the impact George Cooper’s death had on an impressionable Sheldon at the age of merely 14 years. If season 4 does tackle this sensitive plotline, we can expect the upcoming season to be an all-round tear-jerker.