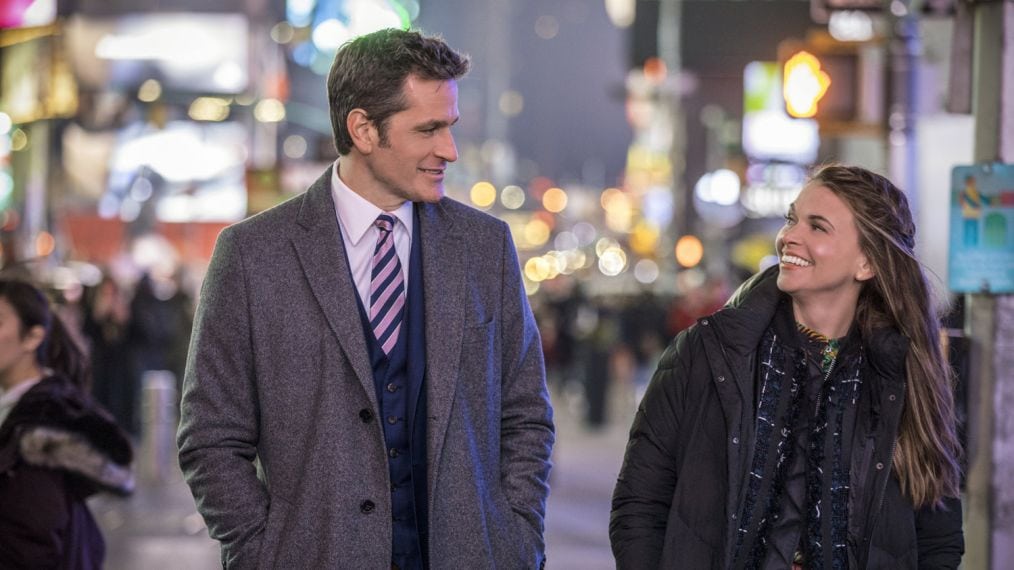 ‘Younger’ is an American comedy–drama tv series that airs on TV Land. The series first premiered on March 31, 2015. It is based on a novel of the same name by Pamela Redmond Satran. The single-camera series has been adapted for television by Darren Star. The show was supposed to move to Paramount Network for the upcoming season, but it remains on TV Land, making it the only scripted show on the network.

The show has garnered a positive response from fans and developed a steady following over its five season. Critics too lauded the show, with Vulture saying, “There’s a sweetness to the series, an almost admiration for the various crummy behaviors.”

The popularity of the series has led to the expansion of its multi-platform franchise over the years, which includes an after-show titled ‘Getting Younger’, a podcast called the ‘Younger Uncovered’, and ‘Marriage Vacation’, a novel that has been published by Simon & Schuster.

Younger Cast: Who’s in it?

The cast of ‘Younger’ is led by Sutton Foster as Liza Miller, the show’s protagonist. Other cast members include Debi Mazar as Maggie Amato, Miriam Shore as Diana Trout, Nico Tortorella as Josh, Hilary Duff as Kelsey Peters, Molly Bernard as Lauren Heller, Peter Hermann in the role of Charles Brooks, and Charles Michael Davis as Zane Anders.

New members who joined the cast in season 6 are Nicole Ari Parker of ‘Empire‘ fame who plays Maggie Amato’s love interest. The guest stars in season 6 were novelists Michael Cunningham, Meg Wolitzer and actors Becky Ann Baker, of ‘Girls’ fame, Beth Leavel, and Willa Fitzgerald, who previously were seen in ‘Dare Me’.

You can expect all the main cast members to be back for season 7.

Read More in TV Preview: Claws | The Affair | The Resident

Younger Plot: What is it about?

‘Younger’ follows Liza, who is a divorced 40-something-year-old woman and whose former husband left her in a financial pit post the divorce, due to his gambling problems during their relationship. Now Liza has to fend for herself and her teenage daughter studying abroad in India.

With overseas tuition money and ordinary expenditures, Liza’s life is already quite extraordinary, but things are about to get crazier in her life. To balance her expenses, she decides to follow her ambition to be a publisher. She starts to apply for jobs in the industry, but has to start from ground zero, which is not that easy at her age. Working alongside young twenty-year-olds comes down a little too harsh a reality for her to swallow and Liza soon realizes that workplaces are ageist! Amidst all this, she comes across a young tattoo artist who seems to believe they are the same age. This gives her best friend the idea of a new makeover for her and makes her look “Younger”. She finds a job at a good publishing house as a secretary. This brings us to Liza’s present life, where she has to conceal her true identity and age to keep her job, fend for herself and her daughter and keep up with her younger love interest.

Season 6 sees Liza trying to let go her past. Season 7 will most likely continue to show her struggles dealing with realities of her life.

Younger Season 7 Release Date: When will it premiere?

‘Younger’ Season 6 premiered on June 12, 2019. Although ‘Younger’ was supposed to move to Paramount Network, Viacom Media decided to leave the show on TV Land, since it has run on the channel for a long time and enjoys a loyal viewers base, which they thought would be foolish to put off suddenly, by taking the show to a new channel. The ratings on TV Land also played a factor in convincing Viacom to keep the show on.

The good news for the fans is that on July 24, 2019, TV Land renewed the show for another season. “Season after season, Younger has continued to reach new heights and build an incredibly loyal fan base,” said Keith Cox, President, Development and Production, Paramount Network and TV Land. “We love this talented and amazing cast and can’t wait to see what Darren has in store for season seven.”

Even though no release date was revealed, ‘Younger’ Season 7 is expected to premiere sometime in June, 2020. We will update this section as we learn more.

Should You Watch Younger?

Definitely, yes. The show, at its core, has all the elements of a romantic comedy, and most of the comic elements come when Liza has to maintain her age in front of her colleagues. The series expertly contrasts pop culture across ages, through the eyes of Liza and the rest of her coworkers who belong to a different generation. However, what actually elevates the show are the moments of emotional resonance. We see each character trying their best to lead life to its fullest. While they harbor dreams and ambitions, very few have the courage that Liza does to maintain a long ruse at work, while still trying to ends meet for her family. The fact that her age has to be a secret, results in a couple of intense moments on the show where the fans are left wondering if her secret will get out to her boss or not.

While we wait for Younger season 7, check out season 6 trailer below.