What is Yung “Woo” Hwang’s Net Worth? 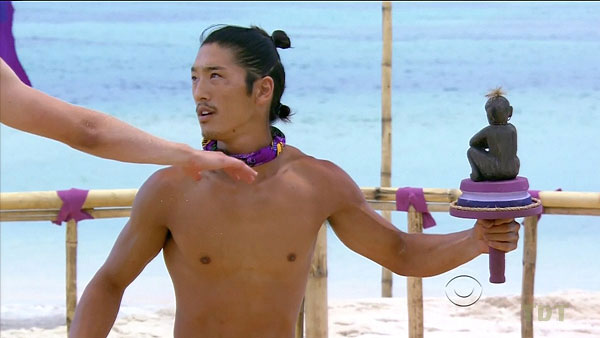 Yung “Woo” Hwang is a reality tv contestant who had participated in ‘Survivor: Cagayan’ and ‘Survivor: Cambodia’. He is loved by fans for his relaxed and entertaining attitude. Born on March 16, 1984, Hwang is a resident of Newport Beach, California. By profession, he is a martial arts instructor and a personal trainer. He was taught the values of dedication and commitment from an early age by his parents. He loves surfing and sports and has a sister named Susie. In August 2015, Hwang got engaged to his girlfriend Kristina Hamilton and they tied the knot on July 7, 2017.

Hwang may not have emerged as a winner in ‘Survivor’ but he still holds a fond place in the hearts of viewers. If you wish to know more about his wealth and net worth, we have you covered!

How Did Yung “Woo” Hwang Make His Money?

In ‘Survivor: Cagayan’, Hwang stuck to his ethics and took his ally Tony Vlachos to the Final Two, leaving behind Kass McQuillen. The act was regarded by the jury as passive playing and as a result, he lost out on the $1,00,000 cash prize. He was the runner up for that season. In ‘Survivor: Cambodia’, Hwang made an alliance with the old-school contestants and eventually had friction with one of his tribemates, Abi-Maria Gomes. Since Ciera Eastin and Kass McQuillen believed that he was too closely aligned with Andrew Savage, Hwang was voted out in the 16th episode.

Following his stint with ‘Survivor’, Hwang launched his own gym in Huntington Beach, California. He and eight other castaways participated in a ‘Survivor’ special of ‘The Price Is Right’, which premiered on May 23, 2016. He and his partner were, however, unable to make it to Showtime. Hwang has additionally appeared in David Guetta’s song ‘This One’s for You’ and has starred in a Fandango movie commercial.

He, accompanied by Jeremy Collins, Kelley Wentworth, Joe Anglim, and Caleb Reynolds, was a participant in the ‘Candy Crush’ game show. He has been featured as a guest star in the YouTube Original reality show ‘Escape the Night’ and has also served as a guest star in an episode of ‘Grey’s Anatomy’. As you can see, Hwang continues to appear in the entertainment world, which is one of his main sources of income.

As of 2020, Yung “Woo” Hwang’s net worth is estimated to be close to $5 million. His exact salary per year and any assets or properties he might own remain unknown and undisclosed to the public.

Read More: What is Deena Nicole Cortese’s Net Worth?