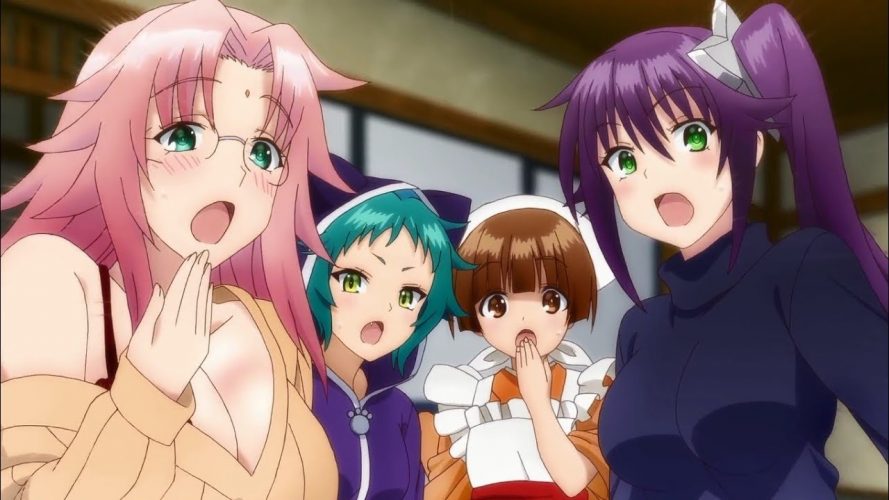 Yuuna and the Haunted Hot Springs (also known as Yuragi-sō no Yūna-san in Japanese) is a comedy anime television series which is based on a manga series of the same name. Written and illustrated by Miura Tadahiro, the manga series began serialization in the Shounen Jump weekly manga magazine on February 8, 2016 and new chapters are being published even to this day. Nearly a couple of years after the initial publication of the manga series, famed Japanese anime studio Xebec announced plans to adapt it into an anime television series, and Season 1 of Yuuna and the Haunted Hot Springs premiered on July 14, 2018. It proved to be quite popular and was largely deemed to be a success by fans of the manga series and new viewers alike. Since then, fans have been waiting to hear news on a second season. Here’s everything we know about the prospects of Season 2 thus far.

Yuuna and the Haunted Hot Springs Season 2 Release Date: When will it premiere?

Yuuna and the Haunted Hot Springs season 1, consisting of 12 episodes, premiered on July 14, 2018 and ran till September 29 of the same year. Just prior to the release of Season 1, Xebec released the first of three original video animation (OVA) special episodes on July 4, 2018, and the remaining two special episodes were aired by December 4, 2018. However, in spite of the show’s popularity, a second season has not been announced yet.

That being said, there’s no reason to get worried just yet if you’re looking forward to a new season of Yuuna and the Haunted Hot Springs. Anime shows sometimes take several years to renew and hence there’s plenty of time left for Xebec to announce a second season. Further, since new chapters of the manga series are still being published and Season 1 adapted only a few chapters, there’s definitely no dearth of source material for a second season. Given this fact, we think that there’s a good chance of Yuuna and the Haunted Hot Springs being renewed for a second season. However, the anime industry is an unpredictable one and it’s impossible to predict what awaits the show till the time Xebec makes an official announcement on the future of the show. We’re keeping our ears open for news on Yuuna and the Haunted Hot Springs season 2 release date, and we’ll update this section as soon as we hear something reliable.

For those who like watching anime shows in English, the bad news is that Yuuna and the Haunted Hot Springs doesn’t have an English dub as of now. However, this doesn’t mean that an English dub won’t ever be licensed – if the show grows in popularity in the West, there’s every chance of an English dub being licensed. That being said, if you want to watch the show now, the only option is to watch the original Japanese version. You can find the original Japanese version with English subtitles on Crunchyroll.

As the name of the show suggests, it contains supernatural elements. The show primarily follows a high school student named Kogarashi Fuyuzora. Having the ability to see supernatural spirits from childhood, Kogarashi had a rough childhood and was frequently possessed by spirits. In time, however, Kogarashi learned how to fight back against evil spirits, but his efforts left him poor, homeless, and craving a normal high school life.

With very little financial ability, Kogarashi’s search for a house leads him to the Yuragi Manor, which used to be a former hot springs inn. Taken aback by its cheap rent, Kogarashi soon learns that the inn is haunted and was abandoned after the corpse of a high school student was found in it. Given his history, Kogarashi doesn’t think this to be a problem and takes up residence at the Yuragi Manor.

Although Kogarashi plans to banish the evil spirits from the house before making it his home, his plans take a backseat when he finds that the main spirit haunting the Yuragi Manor belongs to a 16-year-old sexy school girl named Yuuna Yunohana. Having no intention to hurt a ghost girl who seems to be innocent, Kogarashi decides to help her finish her unfinished business so that she can progress to the afterlife. Meanwhile, other supernatural entities rear their heads at the Yuragi Manor, and Kogarashi finds himself lost trying to help so many ghosts.

Yuuna and the Haunted Hot Springs has a long list of characters, but it only has two main characters. Below, we’ve provided you with brief backgrounds on both of the main characters in the show.

Kogarashi Fuyuzora: The male protagonist of the show, Kogarashi is a high school student who has been sensitive to supernatural entities from childhood. Indeed, Kogarashi had a testing childhood, moving from orphanage to orphanage while always under the threat of being possessed. Owing to his susceptibility to being possessed by evil spirits, Kogarashi, over the years, trained hard and developed powerful psychic abilities which granted him the ability to easily dispose of any evil spirit. When Kogarashi initially decides to move into Yuragi Manor, he prepares himself to battle several evil spirits. However, after he moves in, he finds that the manor is inhabited by all sorts of young and sexy ghosts. Almost immediately, Kogarashi becomes the love interest for all the spirits in the manor, some of whom also openly confess their feelings towards him.

Yuuna Yunohana: The titular character and the female protagonist of the show, Yuuna is a 16-year-old spirit who was murdered in the Yuragi Manor and is bound to it. However, Yuuna is shown to have no recollection of her life prior to her death and asks for Kogarashi’s assistance to help her discover her true identity. Kogarashi obliges her and as the two search for answers, Yuuna finds herself drawn to him.