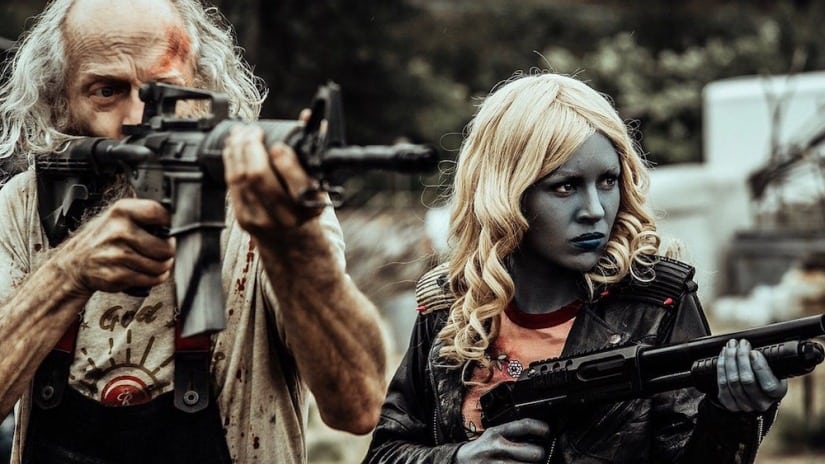 In this action-packed show, you get to see horror, comedy, drama and the post-apocalyptic United States hit by a Zombie virus. The series which started in 2013 revolves around the characters in the show who try to transport Murphy, the last survivor of the virus, from New York to California, where a cure can be made. The show had been a great success since its inception and the fourth season of the show had seen a viewership of over five million. Season 5 followed on the success of its previous seasons but when the opportunity for season 6 to be renewed presented itself, it was announced that Z-Nation was cancelled. Read ahead to know why.

Z Nation Cast: Who’s in it?

Z Nation Plot: What is it about?

Z Nation takes viewers three years after a zombie apocalypse has hit the United States having killed most humans. The last known survivor, Murphy, the only one who didn’t turn after being bitten by a zombie has antibodies in his blood that are mankind’s only hope for a vaccine. This forms the plot of Z Nation.

As the series progresses, we see Zona in the fourth season where everyone is cured of the virus, thanks to Murphy’s blood. But the rest of the world is still in shambles. The last episode of Z Nation that aired on December 28, 2018, centres on our heroes who venture into Altura to serve justice to Pandora and Estes to justice. Cooper is seen coming back, much to the shock of Warren, in order to convey some important information. But what message is that? Is the survival of humanity at stake? The episode has aptly been titled ‘The End of Everything.’

The show was renewed for the fifth season in December 2017. The air date was set to be October 5, 2018. While expectations regarding the renewal of season 6 were going strong, AMC went ahead and cancelled the show.

Producer David Michael Latt broke the news to the fans in a heartfelt post, “We wanted to tell you face to face, in person, that we were not renewed for Season 6. We’re stopping at Season 5. We’re very sad, but we’re also really grateful with the opportunities that we had on the show. We loved interacting with everyone. This is not the end of anything. This is just the beginning of a lot of things.”

Perhaps it was the average demo rating that had declined and was slipping further still that triggered the cancellation. It is a huge disappointment for fans but it appears no one on the crew expected Z Nation would enjoy a 5-season run and were very grateful for all the love and praise they were showered with during their tenure. 68 episodes were aired in total as part of its five seasons.

Fans can take comfort in the fact that this indeed a “beginning of a lot of things” which includes a prequel series on Netflix called Black Summer that was given a series order in July 2018. It is destined to contain 8 episodes. So, pluck up excitement for what is to come and bid farewell to Z Nation.