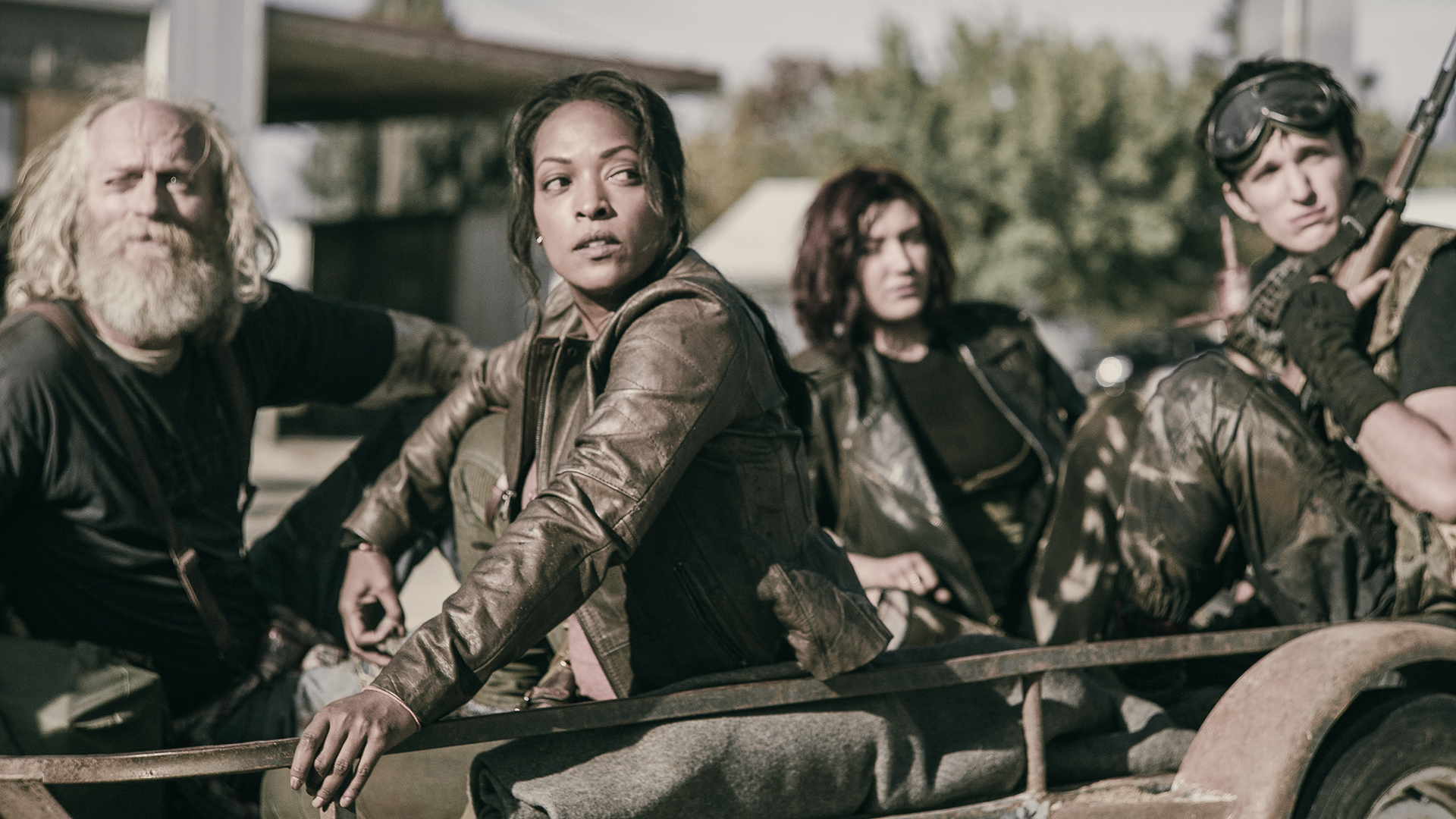 Zombies have emerged to be the most popular monsters for storytellers across all media and it does not look like their prominence on screen is going to die out any time soon. Due to a large number of representations, storytellers and filmmakers have been coerced to accommodate them in manners more inventive than a standard zombie horror tale.

Sci-fi and dystopian fictions have proven to be instantly combinable with zombies too. The most common premise is depicting the outbreak of a zombie apocalypse due to a virus. Syfy, a channel known for its quality speculative fiction series, caught up with the trend in 2014 when ‘Z Nation’ was aired.

Almost instantly, comparisons between that show and ‘The Walking Dead’ became apparent for obvious reasons. Both of them revolve around the premise of a zombie apocalypse. However, while ‘The Walking Dead’ presents a variety of different characters and their separate journeys of survival, ‘Z Nation’ mainly focuses on the plight of the lead character in a save-the-world, do-or-die kind of story that is told with less seriousness. The show has received moderate to positive reviews from critics. However, audiences seem to enjoy it quite a lot.

Keith Allan stars as Alvin Murphy, a former prison inmate who is the only survivor of zombie bites. Apparently, his body has antibodies that can fight the zombie infection. A crew of vigilantes is directed by a former hacker, Citizen Z, who communicates with the group using multiple computers and guides them to protect Murphy. Murphy must travel from New York City to a research lab in California with help from the few surviving vigilantes so that his antibodies can be used to save the world.

The series has been noted for its high entertainment value and some genuinely spine-chilling jump-scares. While its narrative has been noted for being too dense at times, critics have enjoyed the fact that the show does not take itself too seriously. In fact, ‘Z Nation’ often employs comedy and is regarded as a funny take on ‘The Walking Dead.’ The creators of ‘Z Nation’ aimed to bring back the fun element of the zombie genre.

The show has lasted for five seasons, with its most recent episode having aired on December 28, 2018.

‘Z Nation’ has enjoyed decent success in terms of viewership and ratings. Moreover, it hasn’t fared poorly when it comes to critical reception as well. That being said, ‘Z Nation’ Season 6 was officially canceled a week before the season five finale. Luckily, it had been a planned cancellation and the season five finale serves to be the series finale and does prove to be a satisfying end. ‘Z Nation’ Season 5 began airing on October 5, 2018 and ran till December 28, 2018.

A five-season run for any television show isn’t bad, especially if the narrative has been completed. Despite the fact that the show had an open ending, it didn’t feel too ambiguous. Moreover, while ‘Z Nation’ did have a dedicated fan base, its viewership wasn’t really high with under half a million viewers each episode. It was only kept going because of the show’s low production cost.

(SPOILER ALERT) It ends with Murphy discovering the cure for the zombie virus. However, the show does not show whether he uses his knowledge for a good purpose or not. Murphy has been depicted as a morally grey character who, at one point, wanted to convert the human race into human-zombie hybrids that he could control.

Who knows? Maybe, sometime in the future, a series set in the same universe might be developed showing Murphy as the ruler of an evil human-zombie hybrid race. But that is just wishful and speculative thinking on my part. However, if you wish to step into the ‘Z Nation’ universe again, all is not lost. You can watch the Netflix show, ‘Black Summer’ which serves as the prequel to ‘Z Nation’ but dumps its light tone for a more traditional take on the zombie apocalypse story.