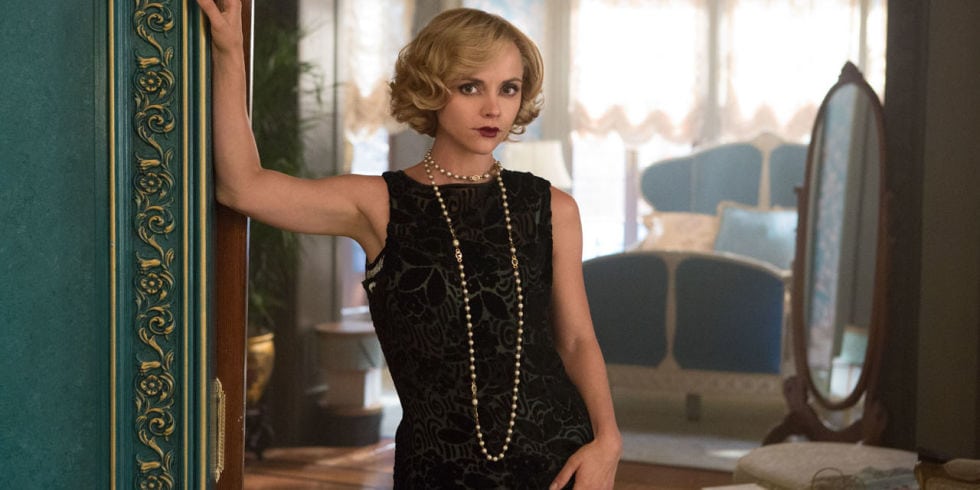 Very few names shine as brightly in social circles as Zelda Fitzgerald’s did. The wife of acclaimed author F. Scott Fitzgerald, Zelda herself was quite an author besides being a well known American socialite. ‘Z: The Beginning of Everything’ chooses to tell us her story. It is based on ‘Z: A Novel of Zelda Fitzgerald’ by Therese Anne Fowler. It has been developed for television by Dawn Prestwich and Nicole Yorkin, who previously worked together on ‘The Education of Max Bickford’. The series airs on Amazon Prime and first premiered on November 5, 2015.

The story is a biographical one, that revolves around Zelda Sayre Fitzgerald and the kind of life she led. We see how the beautiful, talented and brilliant Southern belle came to be the toast of parties and eventually became the icon of the wild and flamboyant Jazz Age of the 20s. The plot starts before she meets Scott, who was still unpublished at that time and then focuses on their turbulent and passionate love affair. Eventually, their marriage, which seemed to be made in heaven, is lived out more like hell, since they have to deal with the pressures of being a celebrity couple. If you love seeing wild parties, dissolute artists and wicked jazz, then you will love ‘Z: The Beginning of Everything’. However, not all is fun and games as the show also focuses on the problems of alcoholism, adultery, and the struggles with dashed dreams and mental illness that plagued the Fitzgeralds in their later years.

Before you read on about the show, you should know that it received mixed reviews from critics, with Variety saying, “The show’s repetitive storytelling would be less of a problem if it had more depth, but its characterizations rarely go beyond the rudimentary, and its dialogue is often clunky (“You are not your father and I will never let you fail”). By the end of the debut season, Scott seems less a genius than a petulant, immature child — and to be clear, the author could be both, but “Z” rarely unites these disparate qualities in nuanced ways. Ultimately, the creative alchemy of the famous author eludes the series. ”

Z: The Beginning of Everything Cast: Who is in it?

The cast of ‘Z: The Beginning of Everything’ is led by Christina Ricci, of ‘Sleepy Hollow‘ and ‘Fear and Loathing in Las Vegas‘ fame, who plays the role of Zelda Fitzgerald, David Hoflin, who has appeared in ‘Supernatural‘ and ‘Neighbors‘, plays the role of F. Scott Fitzgerald, and David Strathairn, from the ‘Bourne‘ movies, plays the role of Judge Anthony Sayre, Zelda’s father. Other notable cast members include Christina Bennett Lind as Tallulah Bankhead and Maya Kazan of ‘Boardwalk Empire‘ fame as Livye Hart.

Z: The Beginning of Everything Plot: What is it about?

‘Z: The Beginning of Everything’ can be explained as being a fictionalized version of the biography of Zelda Fitzgerald. Zelda was a fantastic, fashionable and beautiful lady and was quite the icon of the Jazz Age in the 20s.

The series starts from when Zelda meets F. Fitzgerald, and it progresses to unfold the events that took place between them before they eventually got married. The series runs through the wild times, parties, alcoholism, adultery and even struggles that come along with it all. Zelda’s father, Judge Anthony Sayre disproves of his daughter’s affair with unpolished writer F. Fitzgerald. The 20s setup has been showcased exceptionally well throughout the show. From the dresses to the dances and from the houses to the cars, the period is very evident.

We see Zelda as someone who is defiant and fragile, as the season manages to show the courtship blossom between her and F. Scott. Directed with excellent pacing, ‘Z: The Beginning of Everything’ focuses on how the Fitzgeralds’ romance was as based on dizzying codependency as it was on undying love, as Zelda became the acclaimed alcoholic author’s muse. A word must be said for Ricci’s overall performance, where we see the rawer aspects of Zelda’s character because after all, the show is about her.

Variety has summed it up well, saying she “is particularly good at conveying the idea that Zelda is much smarter than most people give her credit for; in this telling of the tale, she purposely plays the role of the zany flapper in order to keep her tender and true self guarded from a harsh world. Given how little encouragement she received for being an unconventional woman, her anger and resentment are understandable, and Ricci offers quietly intelligent depictions of her character’s guarded emotions.”

Z: The Beginning of Everything Season 2 Release Date: When will it premiere?

‘Z: The Beginning of Everything’ Season 1 premiered on November 5, 2015. Even though Amazon called for a second season, they suddenly seemed to change their minds. It was in April 2017 that Amazon had ordered for a season renewal and just five short months after, i.e., in September 2017, Amazon decided to retract their decision regarding the renewal. Although a network opting to call off a show months after it’s been renewed is not uncommon, the fans of the series were quite disappointed that they will not get to see ‘Z: The Beginning of Everything’ Season 2.

Interestingly, at the same time, Amazon also canceled ‘The Last Tycoon‘, a show based on F. Scott Fitzgerald’s last book. The move might be disappointing to fans, but it comes as part of Amazon’s tightening of finances, and move towards shows with greater chances of success. While some other network or platform could always pick up the show, for now, Season 2 stands canceled.

Z: The Beginning of Everything Trailer:

You can check out the trailer for ‘Z: The Beginning of Everything’ below.