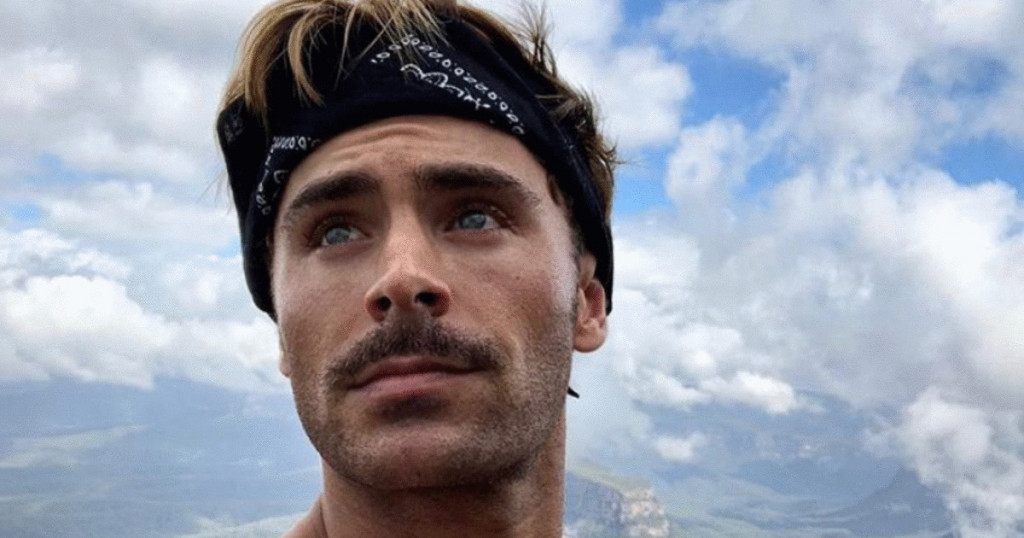 If you want to gauge the weight of the name ‘Zac Efron’, in the netizens’ world, simply google, ‘why Zac Efron is so hot?’ The search results will tell you what Zac Efron is and how much internet traffic the name attracts. Once, Zac Efron was the blue-eyed teen hunk who everyone crushed on thanks to his ‘The High School Musical.’ In 2005, when Efron earned the lead role in the Disney Channel movie, ‘The High School Musical,’ it was a standalone production. However, the movie went on to become a popular hit and Disney decided to expand it as a movie franchise, which eventually skyrocketed Efron to international fame.

The teen sensation came of age singing in Disney musicals and matured playing romcoms like ’17 Again,’ ‘Hairspray,’ ‘Mike and Dave Need Wedding Dates,’ ‘Bad Neighbors,’ and ‘Bad Neighbors 2.’ We have seen him saving lives bare-chested in ‘Baywatch‘ and swinging from a trapeze in ‘The Greatest Showman.’ Efron has evolved as a deadly combination of a funny and hot alpha male, in his formative years. Top brands and fashion magazines always chase him as the man projects himself as a confident, charismatic and classic male archetype.

At this point, the question that might be circling your mind is what is the next Zac Efron movie or tv show? Well, the good news is that we have a clear answer to that question. Here’s the list of upcoming Zac Efron films and tv shows scheduled to release in the near future. We can only hope that the new Zac Efron performances would be as good as some of his recent ones. 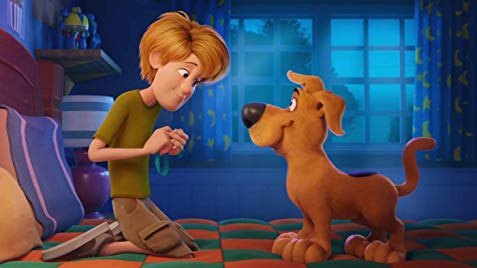 ‘Scoob!‘ is an upcoming animated comedy that will take us back to our favorite gang who solves mysteries while driving their aptly named vehicle, the Mystery Machine. Obviously, the movie continues the tradition of the Scooby-Doo cartoons that became immensely famous and inspired movies as well.

The premise is simple. The gang comes across mysteries that might have supernatural overtones. They explore said mysteries. More often than not, they come to the conclusion that the supernatural entity is actually a person trying to create some distraction for personal gain.

In the upcoming movie, however, we are going to see a bit of backstory, as Scooby and Shaggy meet for the first time. They become the best of friends, as we know. The story centers around a dangerous plan to release Cerebrus, the ghost dog upon the world. As the gang tries to stop the nefarious plot, they realize that Scooby might have a greater destiny than any of them realized before.

Zac Efron lends his voice to Fred, which makes sense since Fred is somewhat of the de-facto leader of the group. For an alpha male like Efron to step into the role is natural, and hopefully, the actor will do justice to the part. The film is slated to be released on May 15, 2020. 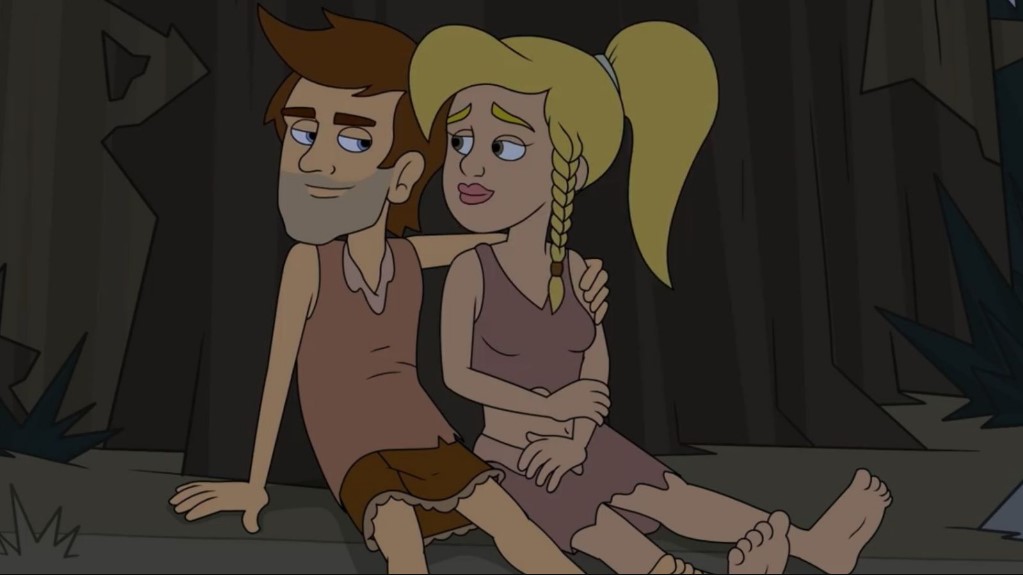 ‘Human Discoveries’ follows a group of friends during the early days of human civilization. They are awestruck with the wonders of nature and phenomena like fire, water, and wind. They invent the prototypes of the wheel, art, booze, fashion, races, jealousy, and, for Zac Efron fans to take notice, the social system of monogamy. The series is likely to be back for another season. 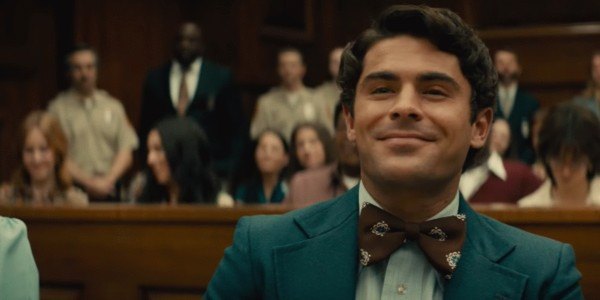 ‘King of the Jungle’ is an upcoming drama film helmed by Glenn Ficarra and John Requa. It is based on a tale titled ‘John McAfee’s Last Stand’. It is almost a Colonel Kurtz-like tale if you are familiar with ‘Apocalypse Now‘. Much like Kurtz set up his own kingdom and became increasingly paranoid, similarly, the central character here recedes to a jungle fort and is plagued by paranoia.

However, the man in this story is a tech genius, that is John McAfee. The software engineer who worked for NASA formerly, gained a lot of money from the sale of his antivirus company, McAfee. He took the money and retired to Belize. There he made himself a jungle fort filled with drugs, girls and guns.

However, when a Wired reporter goes to interview him, the man realizes that McAfee is also plagued by paranoia, and the situation might easily get out of hand. Efron appears in the role of the reporter. Undoubtedly, the actor will deliver another top-notch performance in the movie which has been touted to have comic moments. 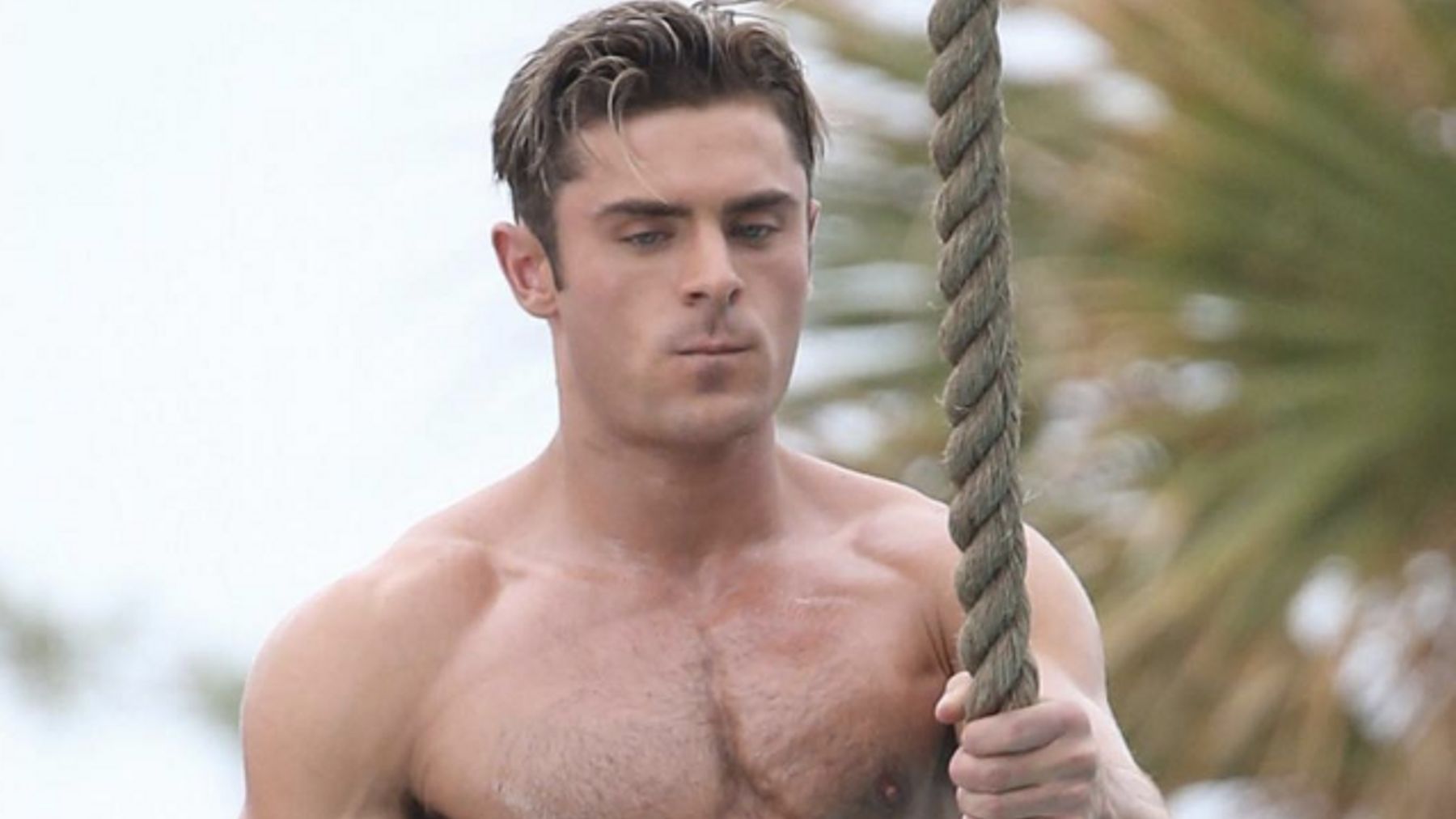 ‘Killing Zac Efron’ is an upcoming show that stars Zac Efron at the front and center. It is a survival series, and Efron is ready to grab eyeballs again, this time in the wild. He has made a transition from his Disney days and goes into the wild with this series. It is an expedition series, and Efron is also an executive producer.

He is determined to go deep into remote areas, completely into the wild and away from civilization, with the intention to carve his own name in the history of expeditions. According to reports, part of this filming takes place in Papua New Guinea, since Efron fell ill while shooting there. However, the actor quickly bounced back to health and assured his fans of the same. We will see Efron spending 21 days off the grid equipped only with basic gear, a guide, and his will to survive.

The star spoke about the series saying he flourishes “under extreme circumstances and seek[s] out opportunities that challenge me on every level.” He continued “I am excited to explore any uncharted territory and discover what unexpected adventure awaits!” 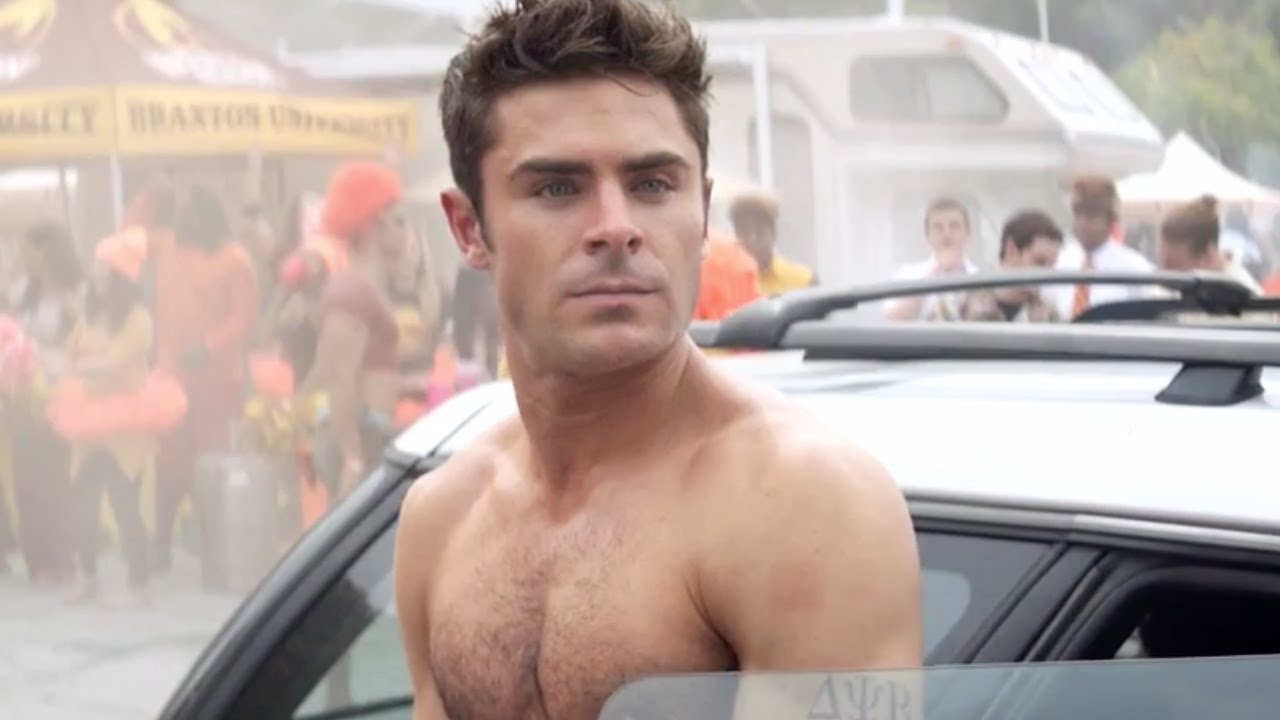 Ana Lily Amirpour, who is known for ‘A Girl Walks Home Alone At Night,’ returns to the fantasy genre with her third directorial venture, ‘Blood Moon.’ The movie follows a girl with strange and dangerous powers who escapes from a mental asylum in New Orleans.

Set in the backdrop of New Orleans of the ’80s and ’90s, the movie is inspired by the fantasy-adventure thriller from that era. Efron will most likely play the male lead opposite Kate Hudson’s central character. Craig Robinson also plays an important role in ‘Blood Moon.’ 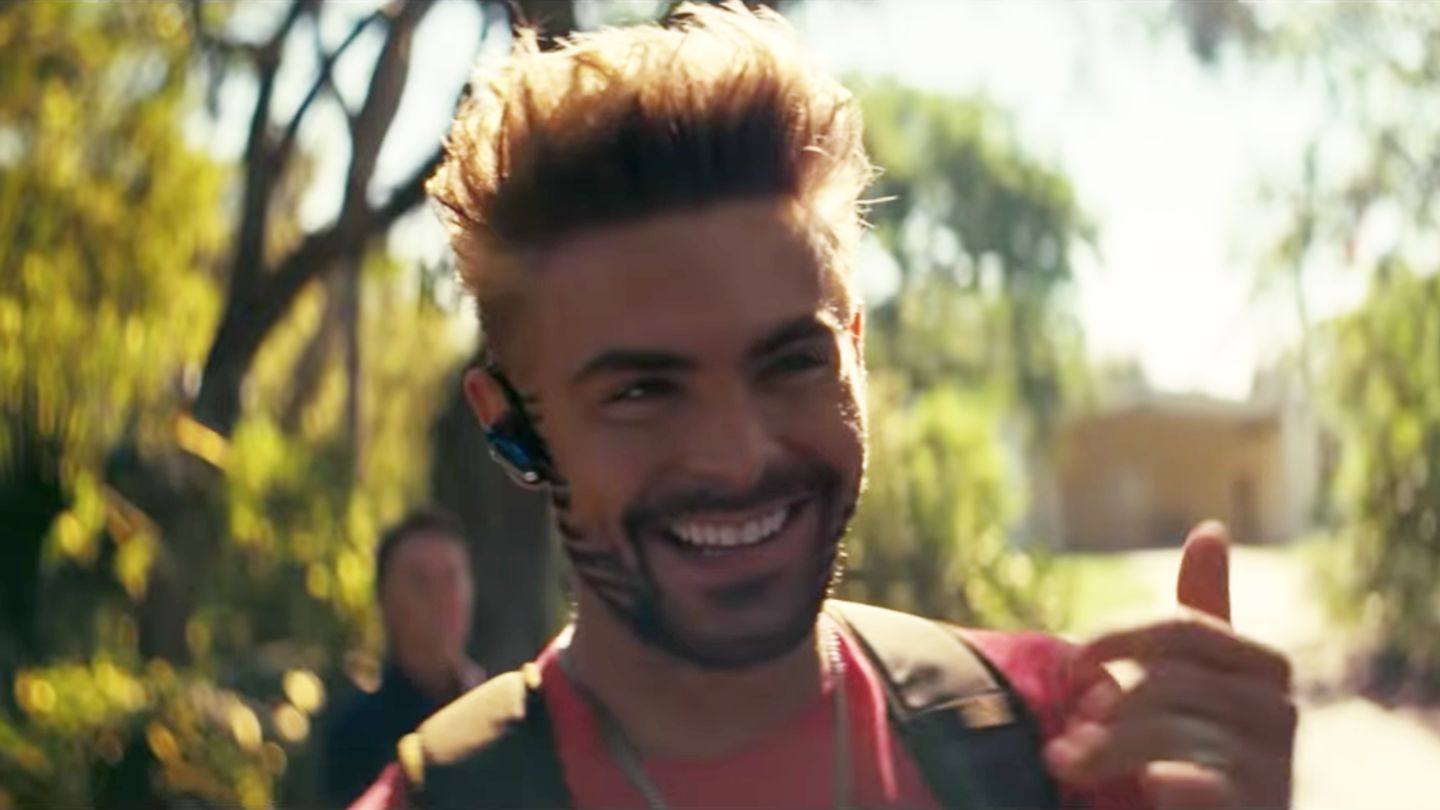 In the rom-com, ‘The Beach Bum,’ Zac Efron is seen beach partying with Matthew McConaughey, Snoop Dogg, Isla Fisher, and Martin Lawrence. We are introduced to Matthew McConaughey as Moondog, a careless junkie and beach dweller who wants to write ‘next great American novel.’

Efron’s character goes for a shocking transformation with his bizarre facial hair. The film is directed by Harmony Korine, who made a mark with ‘Spring Breakers.’ ‘The Beach Bum’ hit the U.S. theatres on March 29, 2019. 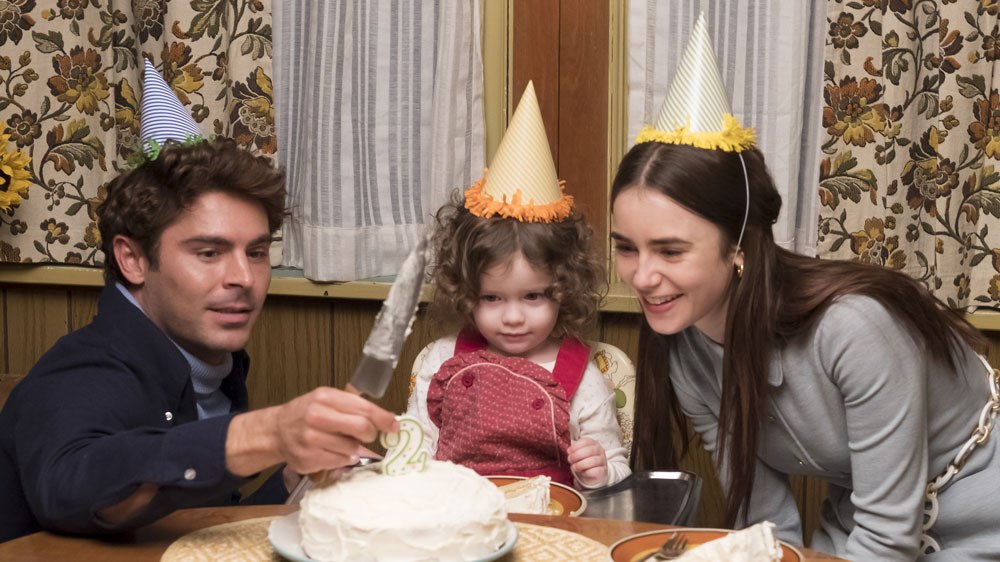 ‘Extremely Wicked, Shockingly Evil, and Vile‘ is a biopic based on the life of notorious serial killer Ted Bundy. The movie marks a dynamic career change for Zac Efron as the actor appears as the cold-blooded serial killer. To make things more spicy and hot for die-hard Efron fans, the movie has been given an R rating!

The movie makes Efron’s detachment from his long acting history with Disney and ‘The High School Musical’ franchise complete. ‘Extremely Wicked, Shockingly Evil, and Vile’ is a chronicle of the brutal crimes of Ted Bundy, narrated from the perspective of his girlfriend, Elizabeth Kloepfer. She used to defend her boyfriend all through their relationship as she strongly believed the stories surrounding him were fake.

During his active period in the ’70s, Ted Bundy brutalized at least 30 young women before captured. During the trial in 1989, he confessed to kidnapping, raping, and murdering women, but the actual number of his victims is still unknown. Joe Berlinger directs the biopic from a screenplay written by Michael Werwie. The movie also stars Lily Collins, Angela Sarafyan and James Hetfield in key roles. It aired on Netflix on May 3, 2019.