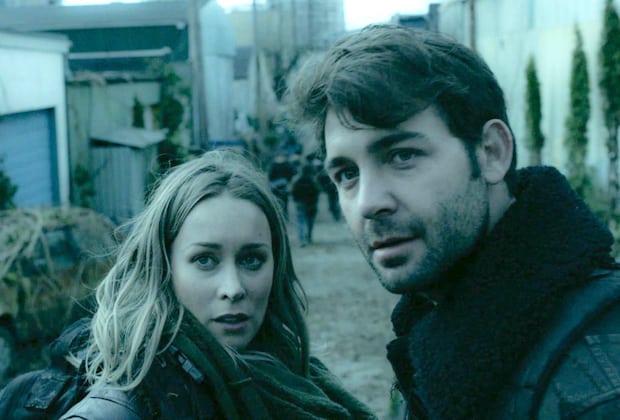 The story of the series is based on a group of professionals who investigate mysterious attacks by the different hybrids on the population of earth. The third and possibly last season finally concluded on September 21, 2017. Here’s everything we know about whether we will see another season of the show.

Zoo Plot: What is it about?

The story of ‘Zoo’ is a war between violent animals and the professionals in the field who want to save the planet from the mysterious animals who intend to destroy it by attacking humans. Jackson Oz an American zoologist, his Kenyan friend Abraham who is a safari guide and a reporter at Los Angelas, a quirky veterinary pathologist who is also a French intelligence agent all come forward to investigate the pandemic. How they coordinate with each other and come together as a strong team is quite a vital part of the show. So is their motive. As the season progresses, it develops the interest in the viewers which is what makes the series an irresistible break from reality. The show is thoughtful and relevant, giving viewers an insight into a world gone wild and throwing light on survival techniques.

Although the show was never a critical darling, it got off to a strong start and managed to gain a strong base of fans. Caroline Framke of Vox even went so far as to gush about the show’s absurdities, although she was quick to point out that the thematic nuances could have been better for the CBS drama. She said, “Zoo will definitely blow your mind with a chaotic swarm of kamikaze bats, telepathic lions, 70-foot invisible snakes, and so very much more.” She continued, saying, “there is no point in trying to make heads or bushy tails of this beast. Zoo is, by both design and fortuitous accident, the most illogical show on television. Taking it apart doesn’t reveal how it works, but rather how it’s held together by gum and curling packing tape, trying desperately to keep itself in one piece.”

What stands out in the show is the degree of mindless entertainment. Perhaps ‘Zoo’ was always doomed to fail since it ran through the original content of the novel by the second season, but a lot of shows have gone on to do better without the constraints of the source material. Unfortunately, such was not the case for this series which only got more absurd and perhaps even comical in its attempt to be dystopic. A show where resolutions were eschewed and unnecessary plot twists were introduced just to keep it going, ‘Zoo’ was destined to fall flat on its face eventually. Nonetheless, when it started, it gave viewers some fun times and if giant animals unleashing havoc on human society is your cup of tea then this is the show for you. What really stands out in the show is the nature vs civilization dichotomy that underlies its admittedly absurd premise. It can be viewed as nature hitting back at the very source that has encroached upon it, and what we see in the show is how helpless humans really are if nature unleashes its full wrath.

While we know that there probably won’t be an upcoming season, if there is one, we would like to see more sensible and coordinated attacks from the animals, and a deeper investigation into what causes the attacks in the first place. Instead of opting to go with pure dystopia, the show could have reasoned with the dystopic elements and pointed at the more philosophical premise of nature staging an uprising against civilization, after having been subsumed by the latter for almost as long as mankind has existed.

Zoo Season 4 Release Date: When will it premiere?

Season 3 of ‘Zoo’ premiered on June 29, 2017. There will most likely be no season 4 since unfortunately, this series had to be pulled off the air, and the decision was a hard one to make. Lower rankings were the main reason behind the cancellation of the series. This show was getting a 0.51 rating in the 18-49 demographic and just 2.65 million viewers. This was very low in comparison to the previous two seasons. It went down by 31% and 40%, respectively. It was confirmed by CBS that the show had been canceled after its three seasons on October 23, 2017.

Billy Burke was all praises for the show saying as to how it never took itself seriously and that all the cast members had thoroughly enjoyed filming it. He said, “This show has been nothing but two tons of fun for all of us.” He had also remarked, “It’s a balance between giving the audience a steady and exciting ride and not taking itself too seriously. I think we’ve been able to continue to grow in that direction, and the writers and producers have done a great job with that.”

The only hope for the show is if another network picks it up. Chances of that happening also looks slim. So, for now Zoo season 4 stands cancelled.

Check out the trailer for Season 3 here to get an idea of what the show is about.