Will There be a Zumbo’s Just Desserts Season 3? 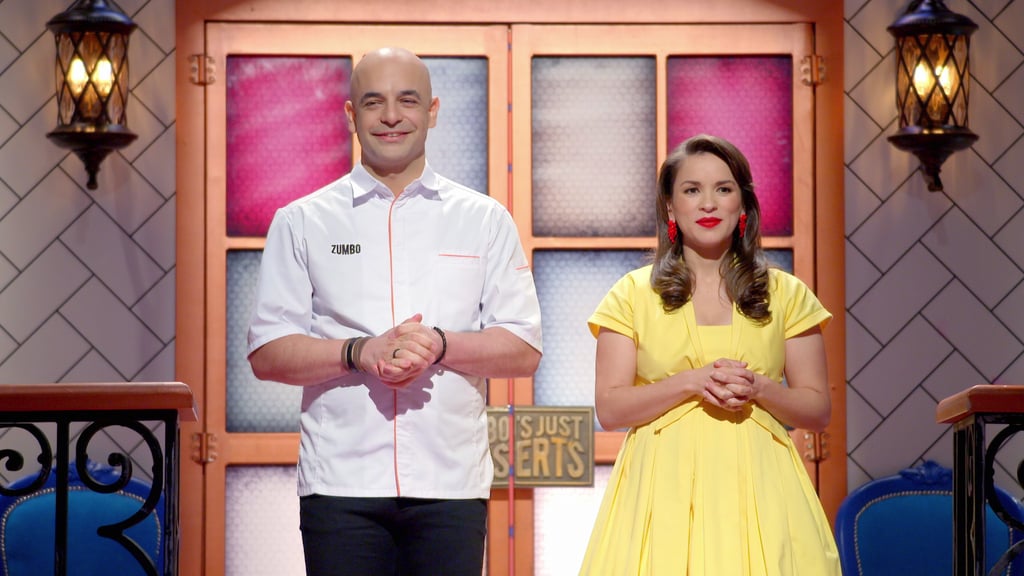 Who doesn’t love desserts? It doesn’t matter if you’re bursting at the seams after stuffing your mouth with a Pizza, mashed potatoes and gravy, chicken or turkey, you will always trick your mind to eat the dessert. And just like there’s always room for dessert, there’s always room for shows that promote desserts in the best possible way. ‘Zumbo’s Just Desserts’ is one such example.

Inspired by the ‘The Great Australian Bake Off,’ ‘Zumbo’s Just Desserts’ is a reality competition show where contestants put forward their best creations to impress chef Adriano Zumbo. The one who beats other contestants in time, creativity and quality, wins a handsome prize, and those who fail, have to face a daunting challenge.

Evan Wilkes is the creator of the show. He is also the man behind ‘My Kitchen Rules’ and ‘Border Security: Australia’s Front Line.’

‘Zumbo’s Just Desserts’ season 1 released in 2016 and attracted over 1,235,000 viewers during the premiere episode. However, the ratings dropped drastically over the next few episodes, with the viewers complaining about the authenticity and lack of a professional host. The show was renewed anyway and a second season came out in November 2019.  Now, you must be wondering: will there be a ‘Zumbo’s Just Desserts’ season 3? Let’s find out!

What is Zumbo’s Just Desserts about?

‘Zumbo’s Just Desserts’ is an Australian baking reality competition that tests the baking abilities of aspiring bakers. The bakers’ expertise, versatility and creativity are put to test in the form of demanding tasks that require them to bake cakes and desserts ranging from difficulty levels – easy to complex.

The two contestants who fail to impress the judge and host Adriano Zumbo and Rachel Khoo, are put in the bottom of the table. To avoid elimination, they participate in the ‘Zumbo Challenge,’ attempting to recreate Zumbo’s esoteric dishes. The one who wins the race against time and impresses the judges with the quality and presentation, wins the grand prize of $100,000 and also gets an opportunity have one of their creations in Zumbo’s stores.

Who are the Hosts of Zumbo’s Just Desserts?

Referred to as “Australia’s Willy Wonka,” patissier Adriano Zumbo is the judge and host of the show. He is known for his appearance on ‘MasterChef’ spinoff ‘MasterChef Australia,’ wherein he comes up with challenging dishes for the contestants, like a croquembouche, macaroon tower of terror, vanilla V8 cake, etc. He is also the judge on Netflix’s ‘Sugar Rush.’

Zumbo likes to refer to himself as “He Who Must Not Be Baked,” “the Dark Lord of the Pastry Kitchen” and “Lord Voldecake.” Clearly a ‘Harry Potter’ fan! Joining Zumbo as the host, is Rachel Khoo, known for shows like ‘My Kitchen Rules’ and ‘My Swedish Kitchen.’

Pastry chef Gigi Falanga is the timekeeper and assistant, who introduces the contestants and inquires them about their performance, by visiting their workstations.

Zumbo’s Just Desserts Season 3 Release Date: When Will it Premiere?

‘Zumbo’s Just Desserts’ season 2 released in Australia on November 17, 2019 on Channel Seven. The reality show was made available for streaming for the international audience on Netflix from January 10, 2020 onwards.

As far as the next season goes, we don’t have an official announcement yet. Even though the show hasn’t been received well critically, the easy-going format allows the show to be easily produced. Not to mention, the show is quite popular among cooking and baking fans. If renewed, you can expect ‘Zumbo’s Just Desserts’ season 3 to release sometime in November 2020. We will update this section as soon as we hear more.

Check out the sneak-peek for ‘Zumbo’s Just Desserts’ season 2!