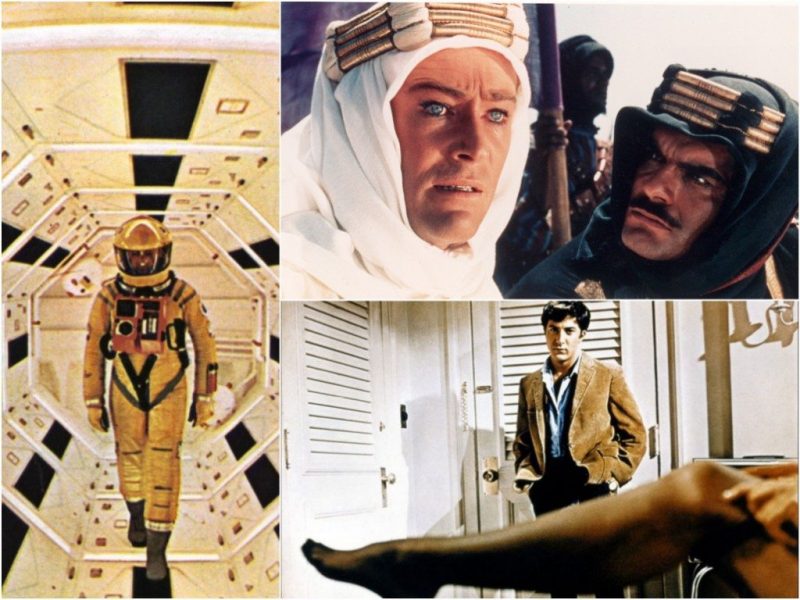 The studio system began a long slow, and quite painful death in the sixties as audiences were evolving, demanding more of movies than ever before. With society in such major change, all forms of art were changing, and film was the last to change, yet when it did, it seemed to do so overnight. More and more the major studio films were failing at the box office, or being massacred by the critics for the bloated messes they were, while small personal films were finding an audience and being celebrated. Their was great influence coming out of Europe where realism seemed to be all that mattered to them in their movies.

However it what was happening in the United States that shaped cinema the most. The assassinations of President Kennedy and subsequent conspiracy surrounding his killing, the murder of his brother Robert five years years, Martin Luther King, the shooting of JFKs killer Lee Harvey Oswald live on television, the Civil Rights Movement, the war in Viet Nam, the hippy and drug culture, mans race to the moon, the youth rebellion against authority, and Woodstock all had a huge part is shaping the cinema of the sixties, as moves however late in the decade mirrored society. How could the studios expect audiences to go see cheery, flash movies when the world was in such turmoil, when audiences were smarter, better informed than ever before, when the images on the news were broadcast live as they were happening…

As the old guard, Ford, Wyler, Hitchcock slipped into old age and began making less product, a weaker product, young men who made their mark in television were storming the gates of the studios demanding a chance. They came from TV, the Broadway stage, Britain, Europe, and made their mark very quickly, paving the way for the New American cinema of the seventies.
Among the big budget flops that hammered away at the old Hollywood were The Alamo (1960), Mutiny on the Bounty (1962), Cleopatra (1963), Star! (1968), Hello Dolly (1969), and Paint Your Dragon (1969) all multi million dollar failures that left some of the studios teetering on bankruptcy.

And yet despite the advances forward in cinema art, the war in Viet Nam was considered taboo on screens with only John Wayne’s dreadful The Green Berets (1968) the only major film to explore that subject. Language and sex on screen was evolving too, becoming more realistic, allowing filmmakers to create films that were mirroring life more than ever.

Here’s the list of best movies of the 60s.