The Cinemaholic started as a passion project in 2014 and in the years since has become the fastest growing independent movie & tv news website in the world. In a short span of time, it has grown into one of the most reliable sources of in-depth entertainment coverage. From long-form explainers to carefully curated lists, The Cinemaholic has everything to meet the informational needs of all types of movie, tv, and anime lovers. It is no surprise then that over 15 million cinephiles visit The Cinemaholic every month.

Our writers are not just movie or tv journalists, but they are so much more. From anime connoisseurs to film graduates, Team Cinemaholic is an eclectic mix of people from different backgrounds but one common purpose: to spread the love for cinema.

You can read our Editorial Policy here. If you are looking for ways to reach us, please visit our Contact Us page.

Gautam was working as a Management Consultant helping top-rung clients find effective business solutions before he decided to quit his high-profile job and start Cinemaholic. The global exposure of speaking and spending time with top leaders in the industry had convinced him that there’s nothing more challenging and fun than following your passion. So, with the goal to provide information to movie and tv lovers that they can truly rely upon and trust, he began his Cinemaholic journey. But his bigger mission has always been to create a platform where people can come to learn about cinema and appreciate all its forms. His belief is that Cinemaholic will help more and more people realize that movies are not just mere entertainment, but there is magic in them; they have the power to change lives.

An MBA by qualification and a cinephile by passion, Akhilesh is also very fervid about numbers and data crunching and has survived a complete mathematical breakdown more than once. Before commencing his stint with Cinemaholic in 2017, Akhilesh was (still is, to an extent) a couch potato who would binge innumerate movies and television shows in a day, and even relentlessly rant about them on a romantic date. At Cinemaholic, his most important responsibility is to make sure that the information provided on the site is reliable and accurate. In a world where fake news is rampant, he considers his role both a challenge and a moral obligation.

Prizmi was introduced to cinema by her father at an early age. Since then she has been in love with one of humankind's greatest inventions. She is fascinated by storytelling in all its myriad forms: books, films, television, podcasts and theatre. When she’s not re-reading a Stephen King novel or re-watching a David Lynch film, Prizmi likes to scour the internet for any underrated gems she is yet to feast on. She can also spend hours expanding her knowledge on psychopaths and infamous killers. A few years into the world of finance made Prizmi realize her inner calling. She then went on to pursue Journalism. Before joining The Cinemaholic in 2019, Prizmi was a web-series producer and voice over artist.

A Math grad from the University of California, Irvine, Noor soon realized the numbers that truly caught her interest were the progressing episodes of series after series on Netflix. Genres she can’t get enough of include thrillers, good ole’ fashioned comedy, anime (since recent times) and not that she’d admit it in a large crowd, reality TV. Her love for the screen soon translated into the search for a suitable avenue where her interests could be professionally employed - a search that ended with her joining The Cinemaholic. If not in front of a screen she can be found cuddling with her dogs, or behind a lens capturing places, people, and moments that catch her eye.

Kriti is a business graduate with a proclivity towards words and stories. With the inquisitiveness to understand different perceptions and the belief that every character or situation leaves something for us to learn from, she is rarely ever seen without a book in hand. She can immerse herself into a good story no matter the genre or form and only come out from it when she's had her fill. With her observational skills and a newfound passion for the visual representation of stories, she decided to join The Cinemaholic, a platform where she can express her love for words and stories.

For as long as Tamal can remember, he has understood the reality around him through the tinted glasses of works of fiction, be it books, films, TV shows, or anime. An English graduate, he wrote articles on a wide array of topics for several years, from entertainment and pop culture to history and literature. Before that, he was an educator and a roleplay game writer and developer. It is his deeply-rooted love for performing arts and visual media that led him to become a part of the Cinemaholic team in 2020.

Prerna has a Masters Degree in Social Work - Mental Health. Although she has been an active part of the world of intellectual disabilities, there was always a special place she called home. It is the world of stories. From a very young age, she had a fascination with the way people think and how they translate their creativity into an art form. This is exactly why she cannot be satisfied with just watching a film or hearing a story- she wants to know the story of the story. When not glued to the screen, she likes to discover new music, read classics, and bake (started baking gluten-free and casein-free). She is also a trained dancer and was a national level basketball player in school. 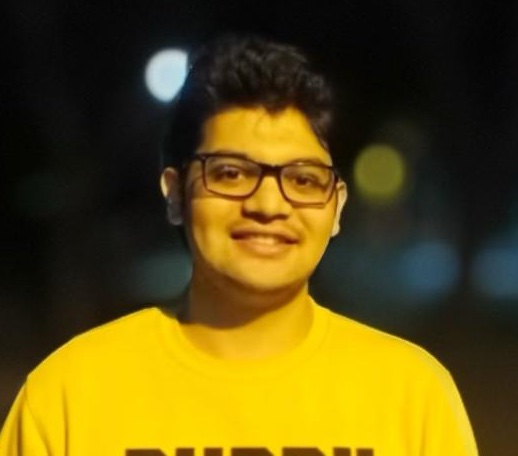 Pratik sees cinema as an effective communication tool and the best way of connecting with people. Ever since a young age, he has had an affinity towards stories across all mediums but the visual medium remains his favorite. He loves exploring the story behind the story of the films he watches. This led him to consume all sorts of pop-culture articles and eventually writing them. He has worked as a freelance scriptwriter before joining The Cinemaholic in 2021. When not watching films or binging TV shows you’ll find him quietly obsessing over philosophy or reading comic books. 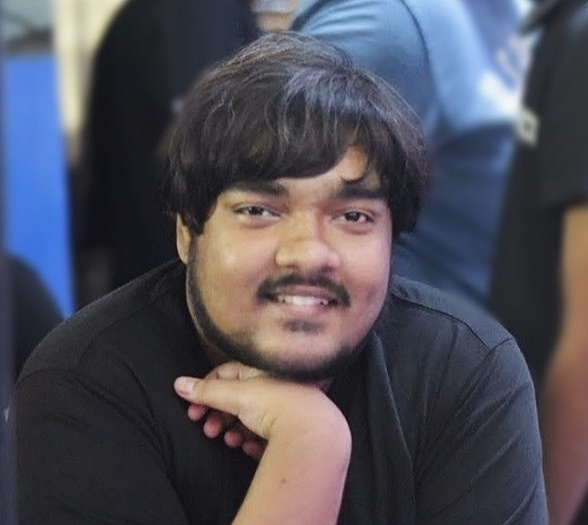 Shraman has always been interested in searching for intricate stories, whether in a movie, a game, or hidden in real life. A Philosophy major, he found his true calling in expressing himself through the magic of words. The Cinemaholic provided him with the perfect mixing bowl, which blended in his passion for writing along with a sprinkle of movies and a touch of storytelling. When not clicking away at the keyboard, he gets lost in the mechanics of a complex role-playing videogame or gets mesmerized by the latest tech on offer. 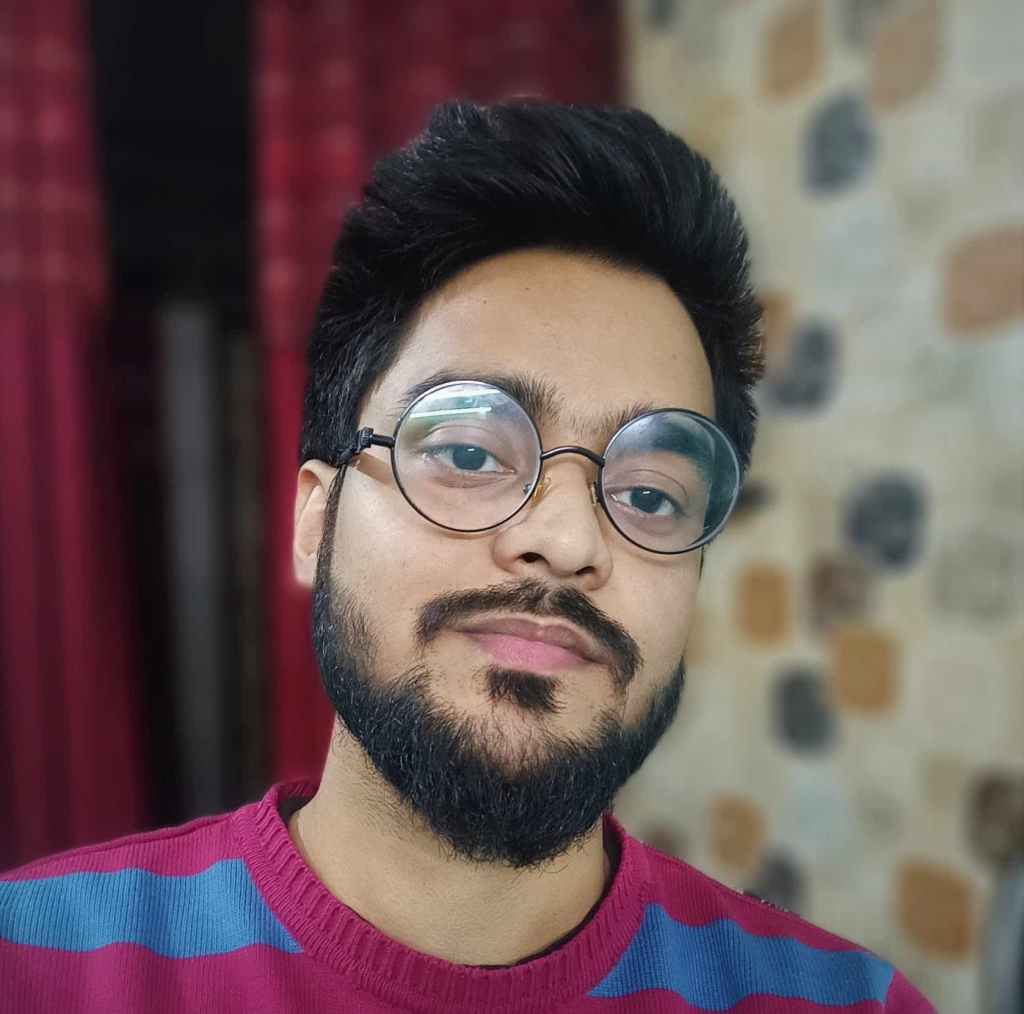 It was the curiosity to learn more and understand the world around him that made Aaqib fall in love with books from a very young age. His love for learning grew with time and he got interested in disciplines like entrepreneurship, history, computer science, and philosophy. But at the end of the day, he felt that it was the world of fiction that truly had the power to bring positivity to our politically divided world. It was this realization that brought him closer to the world of cinema and anime. At The Cinemaholic, he relishes the opportunity to express his ideas about the things that he loves. 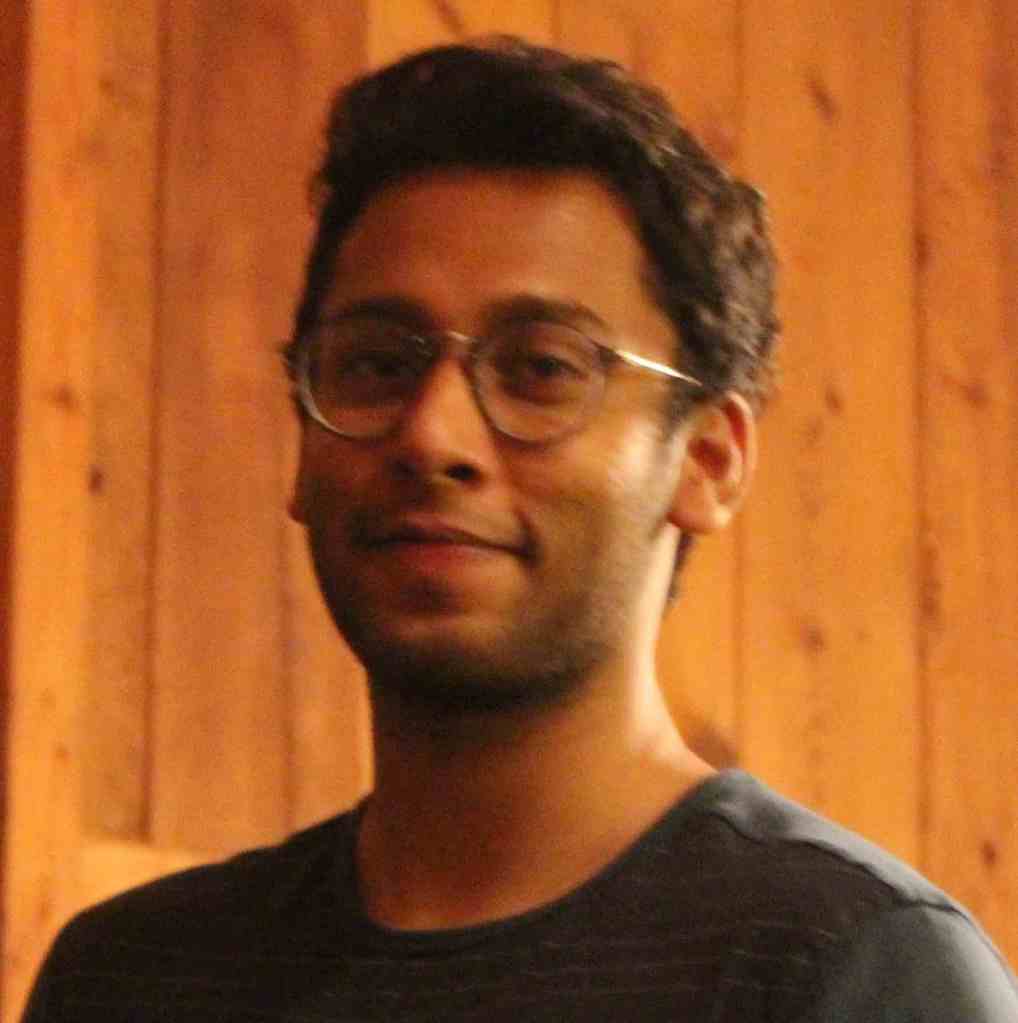 Viswa’s life had always been a tale of two halves: lectures all day and the escape into films, TV shows, and books all night. Evidently, he liked the latter half better. His interests run the gamut from dramas and sitcoms to thrillers and true-crime documentaries. Equipped with a Master’s degree in Forensic Science from Syracuse University, NY, he brings a unique perspective to his writings. When he’s not binge-watching Netflix’s latest offering, you can find him cooking a new recipe or strumming an old song on his guitar. 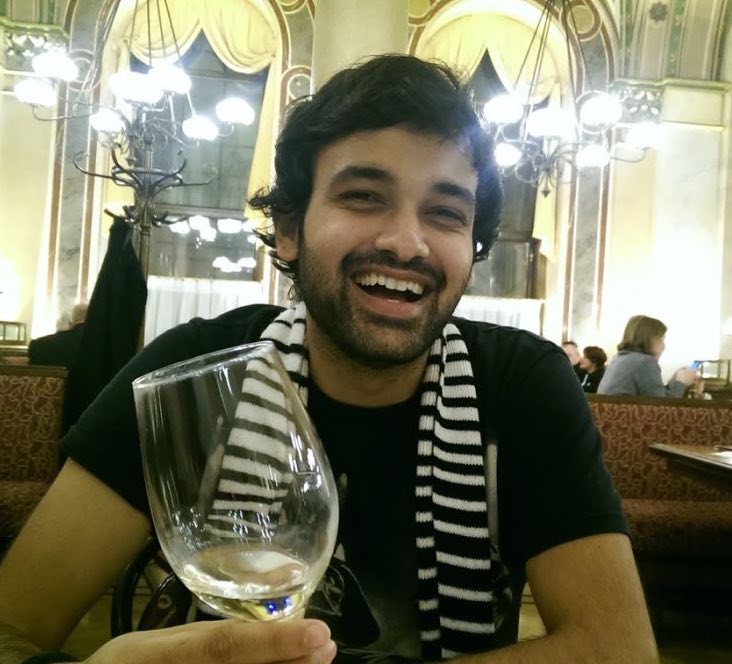 Dhruv has a Master's degree in Economics from the University of Amsterdam. He believes life is most enjoyed when lived and viewed as a movie. An avid traveler and collector of stories, his own life's movie has been an adventure played across continents. It's taken him gazing at the Northern Lights in Iceland, haggling at the Grand Bazaar in Istanbul, trawling across South East Asia for inspiration (and local food!), backpacking across Europe, and careening around hairpin bends in the Himalayas. Putting all the worldly knowledge to good use, Dhruv now finds joy in sharing his love for cinema and tv at The Cinemaholic. 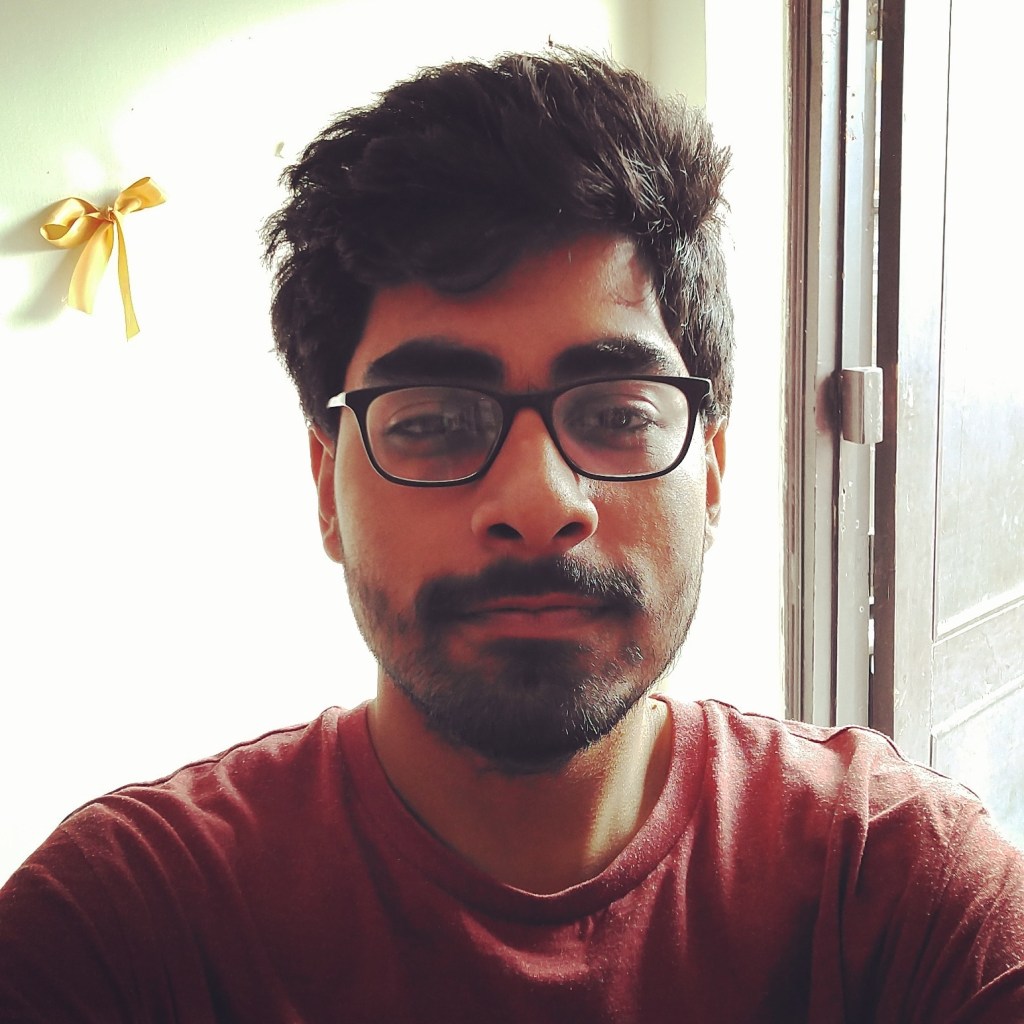 In his formative years, Arka used to devour books after books of detective and horror fiction. In his early teenage, he accidentally stumbled upon the treasure trove that is world cinema, and he can attest that the experience was eye-opening in many regards. After completing his Master's in English Literature, he went on to write in various journals and magazines. A flaneur, a troubadour and a lover of words, Arka has found the perfect medium in The Cinemaholic to chart nascent depths of the visual form.

Nishitha resorted to stories at a very early age. She grew up devouring book after book to get closer to humanity and ended up curating her own world in the process. The only answer she could glean from this chaotic ordeal called life is that every moment is an opportunity to become more. Although she has a degree in Geo-Information Sciences, her life stretches beyond, closer to the haunting wonders of a Stephen King story or limitless confines of a Haruki Murakami novel. When not holed up in her room with a book to keep her company, she tells stories and laughs a lot in the company of humans. 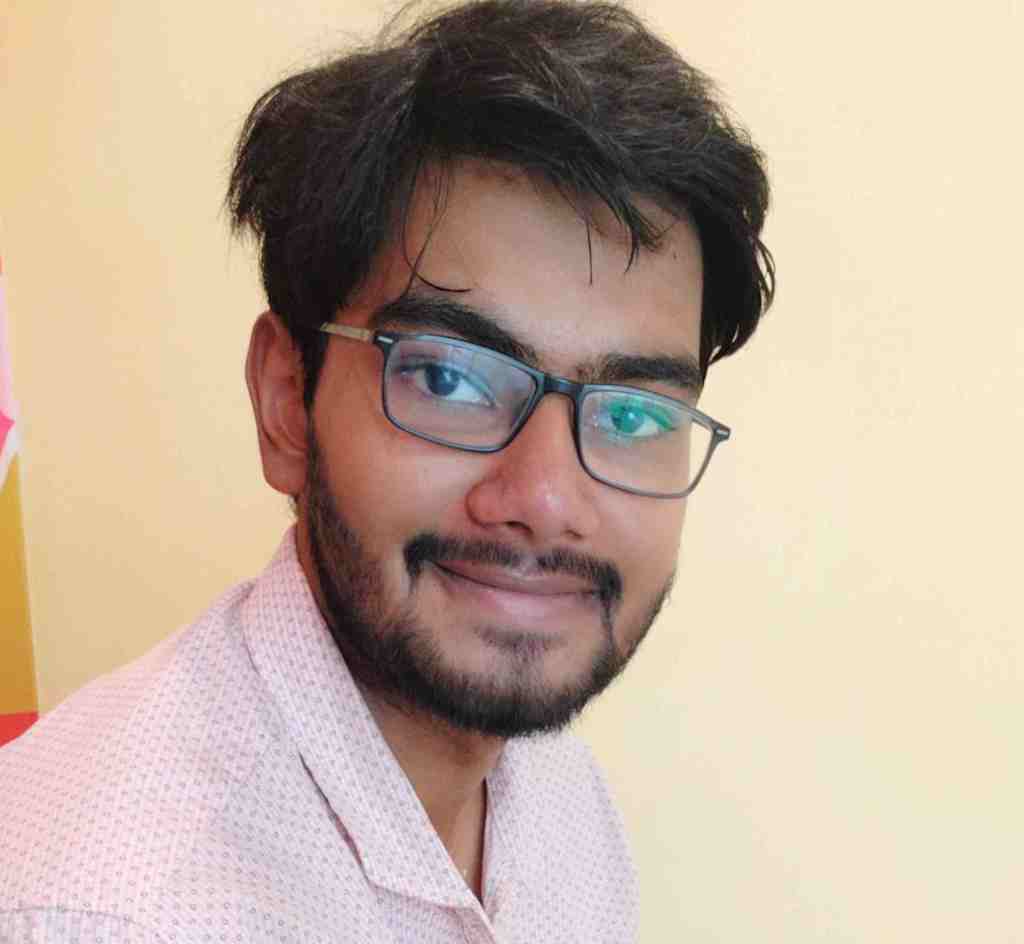 Sharad has an Engineering degree in Information Technology. His first love is number crunching and second, analyzing movies. Luckily, as an SEO Analyst of one of the most visited websites in the world, he gets to do both at The Cinemaholic.

Ayesha has more than four years of experience working as a freelance writer for reputed publishers. She joined Cinemaholic in 2016 as a part-time writer and soon became one of the top contributors for the site. She has a keen eye for detail and loves researching as much as writing. What she also loves is trying out new tv shows. The fact that she gets to write about all the tv shows she loves is icing on the cake.