It happens. A film gets made that is terrible but perhaps in the lead or supporting role is an actor who is spot on, who takes a risk and nails the character, causing the role to jump off the screen out at the audience, never to be forgotten. In this case it goes far beyond dealing with terrible dialogue, something Charlton Heston overcame as Moses in The Ten Commandments (1956), this goes with the entire presence of the actor in the film, their connection to everyone else in the film, and the impact they have on both the film and the audience.

In 1987, I saw a silly little film called Street Smart (1987) with Christopher Reeve portraying a reporter who lies about a story and source and ends up on the wrong side of a dangerous pimp. The moment that pimp came on screen, I sat up and paid attention. Sure I had seen ther actor before, in Brubaker (1980) years before, but this was different, the guy was astonishing, so far into the character the actor was gone, and all we could see was the pimp, at home in ther world he inhabited, controlled and owned. It was like a bolt of lightning across the screen.

Morgan Freeman had been around for a while by then, but was not well known to audiences and critics. His performance in Street Smart (1987) made him well known to both audiences and critics. He would win the Best Supporting Award from the Los Angeles Film Critics, the National Society of Film Critics and the New York Film Critics Circle, establishing the actor overnight as a major force in the acting community. In the years to follow, look what has happened. And his breakthrough came in a terrible little film. Did Freeman understand something the director did not, did he just get the character or did he invest so much of himself into the role he could not lose ? Who knows what happened, he was just perfect. 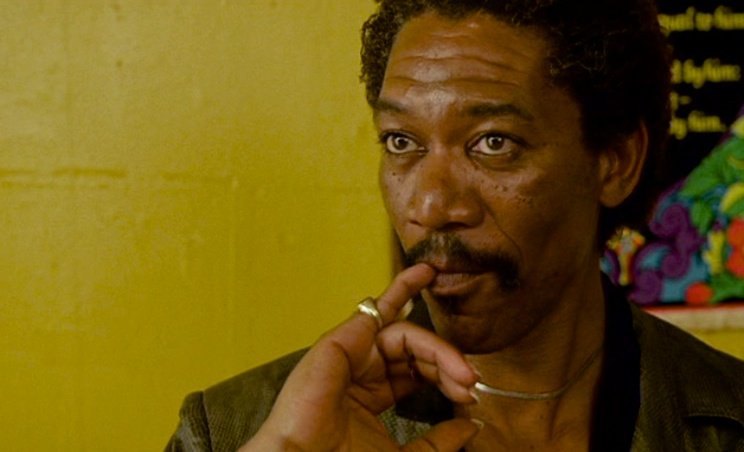 Well spoken, articulate, smooth and sharp, Fast Black is a likable man in a tough world, and initially we believe the reporter can be friends with this always smiling man of the street, never realizing like the reporter he is drawing us into his web, sizing him up at every turn. In an instant his eyes flash and he is a most dangerous man, prepared to kill to protect what is his, or rather what he perceives to be his, prepared to gauge out a hookers eye to make his point. It is a fearless, startling performance of undeniable power. Shortly after his first scene we could care less about anyone else in the film, we watch only him and as dangerous as he is we cannot take our eyes off him. It is a stupid movie, but in the middle of it all is this diamond of a performance. 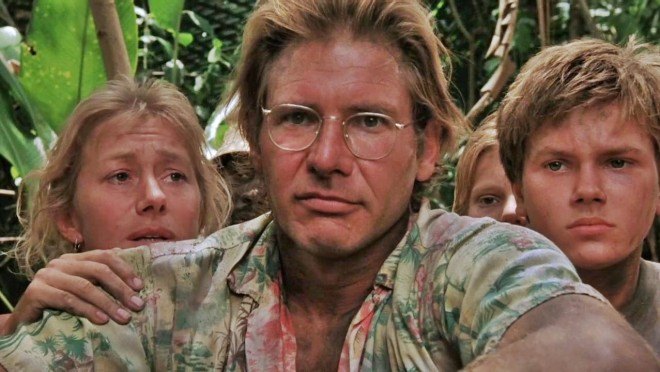 In this adaptation of the famous book, Ford is mesmerizing as Allie Fox, a father, husband and inventor who breaks from life in civilization to take his family to an island he plans to turn into their own private Utopia. Their idyllic world is breached when the world comes snooping around, bringing Fox to ruin the world he created, the God like creator becomes the destroyer, which sends him over the edge. Ford is superb in this the finest performance of his career. The movie itself falls off the rail once his paradise is discovered by white men, it becomes predictable, too much heart of darkness without the dark. 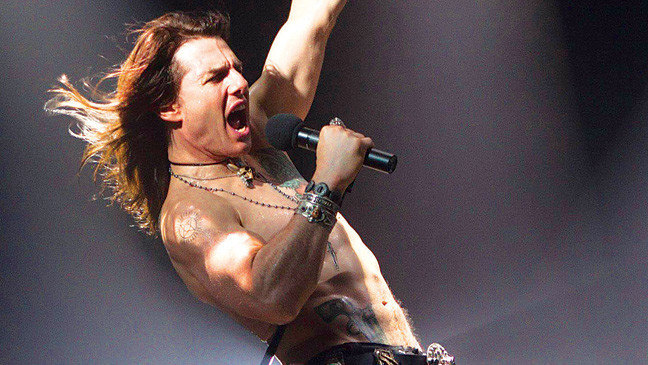 Watch the way he moves as the rock star, slow, deliberate, with the absolute knowledge and confidence who ever is waiting for him will wait because is the rock star. He is detached from this world, having been the centre of attention for far too long he no longer can live among we mere mortals. It is a brilliantly thought out and executed performance from a gifted hard-working actor. It is a juke box movie, hit songs sung for plot movement, and a stupid story, but Cruise elevates each and every scene he is in to another level. 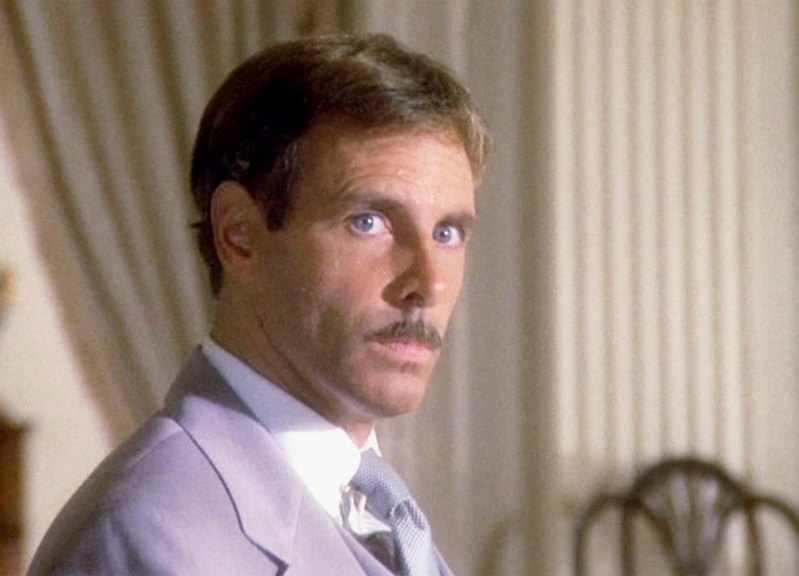 Perfection is what Dern is as Tom Buchanan…absolute perfection. He radiates the very danger Gatsby should have but does not, and is far too willing to throw his money at anything and get out of any issue with his millions. Bombastic, arrogant and enjoying his money he has lost his soul and does not see beyond his own little world. The great flaw of the film is the casting of Robert Redford of Gatsby who lacks the edge needed to suggest the danger of the character. Jack Nicholson, Warren Beatty, even Bruce Dern could have taken the role and so much better. 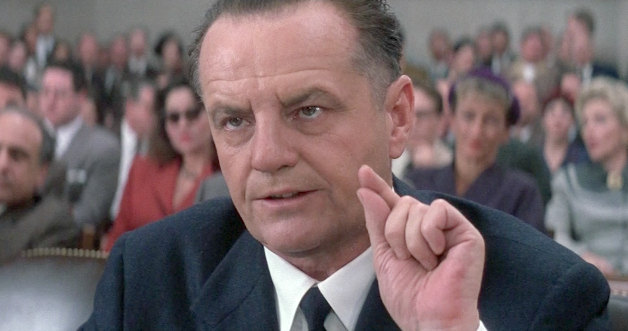 The best thing in Danny DeVitos biography of the labor giant is Jack Nicholson who is simply superb though awash in a strange, poorly written and shot movie. The director seems to think because he has the great actor in the lead role, he need do nothing else to make the film. Nicholson is outstanding as Hoffa, capturing the mans skill with a crowd, and deep anger at the government who call him out for fighting for the common man. Oddly it stays away from his home life, odd because Hoffa was a dedicated family man. 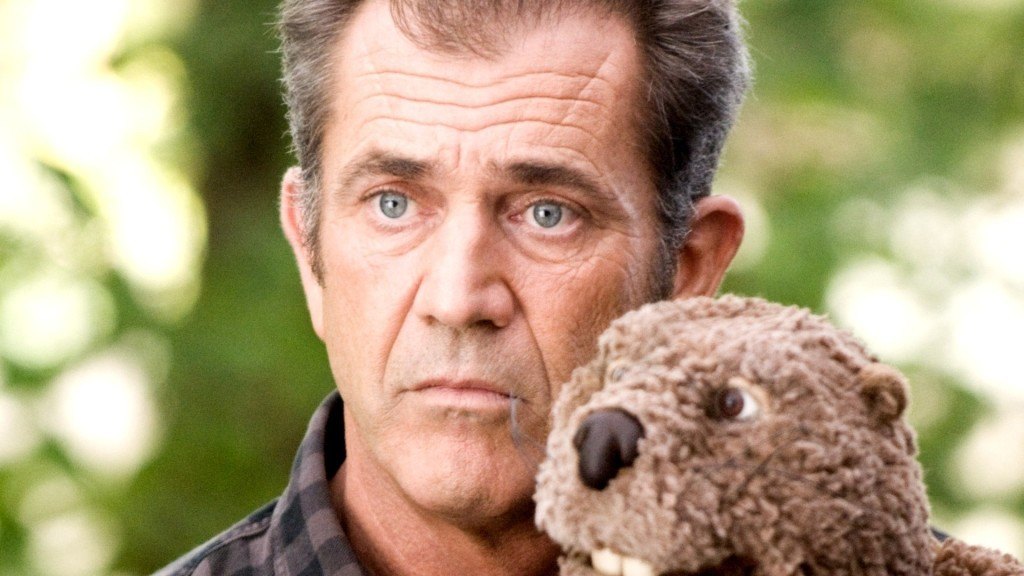 An Academy award-winning director for Braveheart (1995) and who should have won another for The Passion of the Christ (2004). Gibson was a movie star and actor long before he ever directed. He was terrific as Riggs in Lethal Weapon (1987), but did anyone expect he could give a performance like he gives in this strange little film…not me. Gibson is brilliant as a man who wears a puppet of a beaver on his hand and slowly the puppet begins to take over the mans mind. Alarming. Mesmerizing. And haunting. 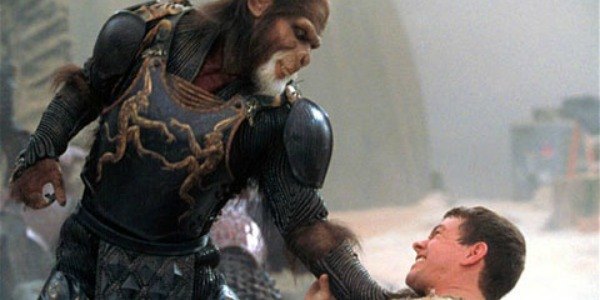 Chimpanzees are far more dangerous than gorillas as they are unpredictable and very dangerous. They may be a pet for ten years and then suddenly kill their owner for no reason. Tim Roth did his research and learned all of this and brought it to his role as Thade in this dreadful remake of Planet of the Apes (1968). When he goes off his temper (volcanic) is terrifying to behold for the very reasons we fear chimpanzees…because we should…because they are forever wild animals. It is a remake that should never had happened, but damn watching Roth is good and frightening. 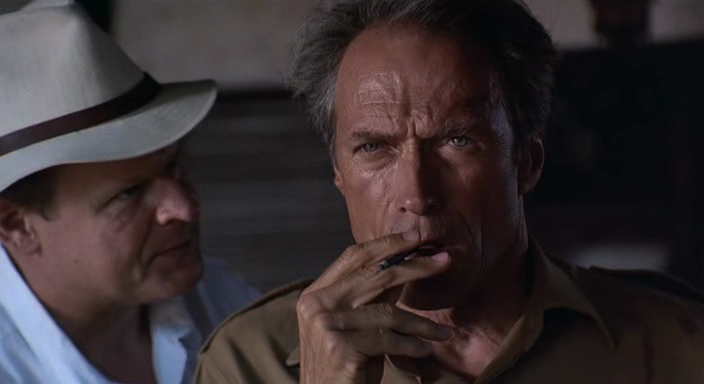 John Huston had a remarkably recognizable voice and presence. So for Clint Eastwood, always a greater director than actor to tackle the role of a director based on Huston, you had to at least give him credit for courage. Watching the film, you realize what a profoundly fine performance it is and how complete he nails Huston in his work; that confident stride, the speech patterns, the manner in which he held his cigarette. Eastwood would earn nods for Best Actor in 1992 and afain in 2004, but this was the first indication there was more to him than Dirty Harry (1971). 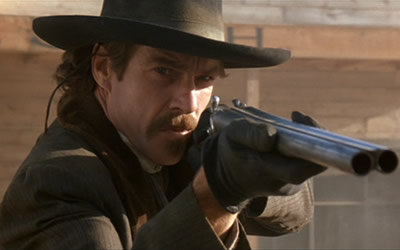 Not enough of Dennis Quaid was my main complaint about the film. Dropping sixty pounds to portray the legendary gun man who was dying of tuberculosis during his hey day with Wyatt Earp, the actor was remarkable as Doc Holliday, a dentist, gunfighter and finally loyal law man to his friend Earp. At more than three hours it is too long a film, and not enough of Quaid…not near enough. The focus is oin the title character and the picture is not near as much fun as Tombstone (1993). 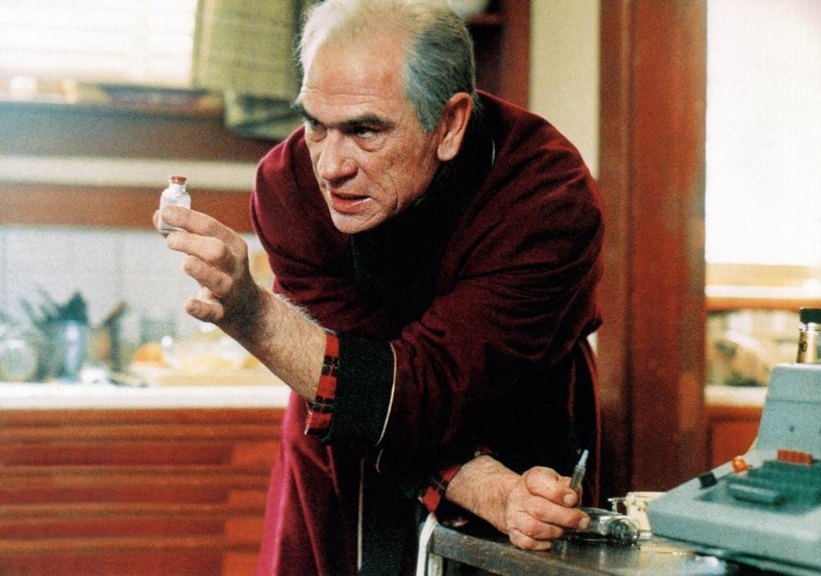 The film is a tough watch mostly because baseball legend Ty Cobb was such a nasty human being, and though that comes across loud and clear in the film, it is also not very good for many reasons. At its heart however is a brave and fearless performance from Tommy Lee Jones as Cobb, a man even ball players feared. Not disliked…they feared him. The director cannot decide what sort of film he is making and the cutting back and forth between the past and present is frustrating.