10 Movies of 1980s That are Under-Appreciated Masterpieces 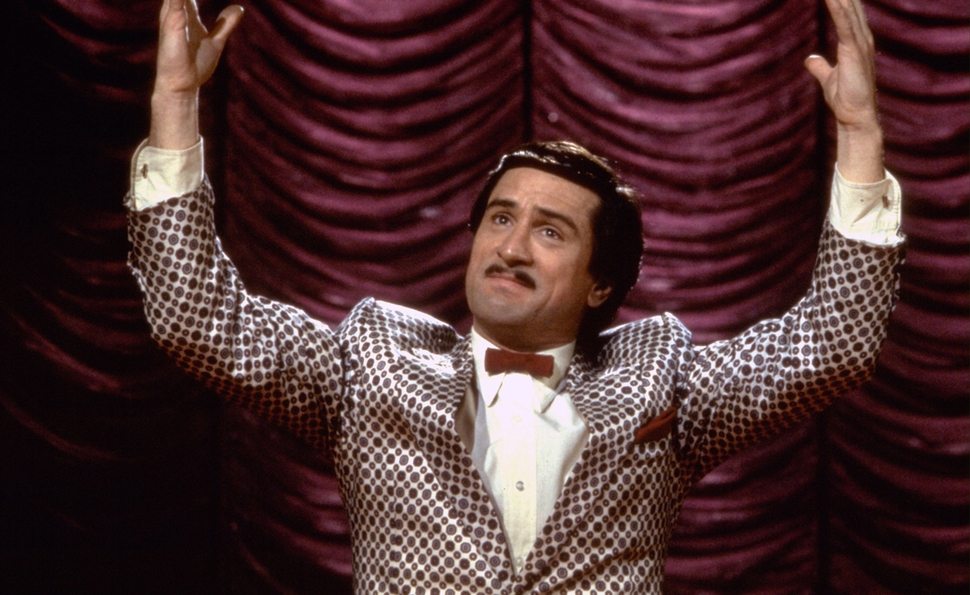 After Heaven’s Gate (1980), the studios took back the power they had given freely to the directors of the seventies and were much more cost conscious than they had been in the previous ten years. Much of the power the directors had earned was gone to due to Cimino’s irresponsibility and that of many other directors who allowed budgets to soar. Now before anyone attacks me for laying the blame entirely at Cimino’s feet, let me state that I am aware other directors had massive flops too, but no one, I repeat no one was as blatantly self indulgent, arrogant or irresponsible as Cimino who thumbed his nose at the very men paying for his vision. He banned them from his set, he banned them from speaking to him, he banned them from looking in his direction, he hired an armed guard to stand outside the door while he edited a five and a half hour film when he was contractually obligated to deliver a cut not exceeding three hours…who does that to their producers and studio heads? This sort of thing is exactly what the studios feared from other directors!! Luckily most of those who had flops learned from the experience and rarely did again.

Great films from the eighties are hard to find because the focus throughout the decade was on making money. Films were often thought up before a script was even written, cast in board rooms and then created like pre-packaged fast food. That said by the end of the decade there were many outstanding films, among the finest ever made in a decade not known for great cinema.

The advent of home video allowed for films to find a second life and to be re-discovered by a new audience, which is how many of the films below came to me. I remember walking out of Blade Runner (1982) the first time I saw it missing that haunting and eloquent final scene with Roy Batty atop the building when he dies in front of Deckard. I rented the film on DVD and gave it a second chance and watched from beginning to end, blowing my mind, and rewound it to watch it again and again and again. I never walked out of a film again. As a university student, I was away from home and when Mom and Dad bought a VHS player I came home whenever I could. On the way home from the bus station my Dad would stop at the video store and turn me loose. Armed with ten films I went home and watched them all, more than once sometimes, catching up on things that had not come to the local cinema, or films I had not had the chance to see before. That is how the generations since have become educated on film. The best directors learned how to make the system work for them, using the studio money to create their art. It was not always easy, nor an easy road trod, but they did what they had to do.

1. REDS (1981): Warren Beatty won a Best Director Oscar for this magnificent epic about John Reed, his love affair and marriage to Louise Bryant and his greatest love…communism. Surrounded by some of the greatest minds of the early 20th century, Reed believed in Communism and was considered a valuable ally by Russia when the Bolshviks cameto power. Both a brilliant epic, moving love story, and profoundly moving film about a man chasing history who finally became part of it, it is a stunning achievement.

2. SHOOT THE MOON (1982):Quite possibly the finest film about divorce ever made. Albert Finney and Diane Keaton give the best performances of their careers as George and Faith a long time married couple who grow apart when George has an affair with a much younger woman, leaving his family for her. Yet he ius always drawn back as the love is still there. The pain of divorce is apparent on the very faces of the characters, and the entire cast, the late Dana Hill is exceptional are superb. Oscar nods should have come for all concerned.

3. BLOW OUT (1981): Like The Shootist (1976) I have covered this masterful film in a featured article, but it to belongs on the list. Travolta is sublime and De Palma has never directed with such confidence.

4. UNDER FIRE (1983): A brilliant, troubling study of journalists in foreign countries covering conflict that is a stunner on so many levels. Nick Nolte, Gene Hackman and Joanna Cassidy are American journalists who travel the globe covering war and here land in South America to cover a revolution about to blow up. Nolte has never been better, wearing his cameras like they were an appendage to his body, while Hackman brings the right amount of arrogance and intellect to his part of the anchor man. Loosely based on the killing of an American journalist which was caught on film the film has a devastating power that sneaks up on you. Ed Harris is haunting as a gleeful mercenary, one of the CIAs dirty little secrets. The musical score is among the finest ever recorded…just a masterpiece.

5. THE KING OF COMEDY (1983): Dark and troubling, perhaps too real to be really funny, this black comedy flopped when released but has developed a serious cult following since. Robert De Niro is superb as the deluded Rupert Pupkin, a comic wanna be who fixates on talk show star Jerry Langford, portrayed with sardonic arrogance by Jerry Lewis. Both actors should have been nominated for Oscars for their work, Lewis has never been better. Sometimes what is happening onscreen leaves you twitching with discomfort.

6. MOSCOW ON THE HUDSON (1984): A lovely little comedy directed by Paul Mazursky about a Russian musician, Vladimir Ivanoff (Robin Williams) who defects while on tour in America. Williams is astounding as the Russian, nailing the accent, that confined look in his eyes when in Russia, as well as the terrible sadness that comes with the knowledge you can never ever go home again to see the people you love. Very funny, but also poignant and sometimes heartbreaking, made all the more so by Williams sad eyed Russian who knows all too well what defecting really means.

7. ONCE UPON A TIME IN AMERICA (1984): Make no mistake, you must see the four hour plus uncut version of this masterpiece directed by Sergio Leone best known for his spaghetti westerns. Spanning sixty years the film traces the lives of two men bound together by crime, Max (James Woods) and Noodles (Robert De Niro) boy hood friends who set themselves up in a life of crime only to go their separate ways after a terrible betrayal. Loss, regret, and immense sadness permeates the film, and De Niro gives a haunted performance. It is demanding and challenges its audience but your patience will be rewarded.

8. AT CLOSE RANGE (1986): God I love this film. The first time I saw it I was convinced Oscars would go to the actors, the director, the writers, the film, even Madonna for her song. But it opened and closed without a trace and I found it later on video and watched it over and over. Based on a true story, Sean Penn is superb as a young man who falls under the seductive spell of his dangerous father, a criminal portrayed by Chriostopher Walken in what I believe to be his best performance. He radiates danger in every scene and has the smile of a rattlesnake.

9. EMPIRE OF THE SUN (1987): One of Spielberg’s finest films, and its terrible box office performance perplexes me to this day. Boldly directed, placing the entire film on the shoulders of a child, Christian Bale who responds with a superb performance. A child is separated from his parents during the evacuation in China during the war, and lives for years in a Japanese POW camp, treated horribly by the guards. With some of the most stunning images in any Spielberg film, this was far and away the finest film of 1987…how did they miss that.

10. THE LAST TEMPTATION OF CHRIST (1988): Scorsese humanizes Christ in this powerful and sparse adaptation of the Kazantaki’s novel which suggests Christ was just a man, spoken to by God who made a decision to due for us. Willem Dafoe is terrific as Jesus, terrified of the voices he hears, frightened of what they are telling him he must do, though through the film he grows in his role as the Messiah, and the final moments are astonishing in their raw power. Much was made of the scenes in which he comes down off the cross and lives his life as just a man, marrying, fathering children, growing old, but he returns to it…one of the most explosively inspirational films I have ever seen.