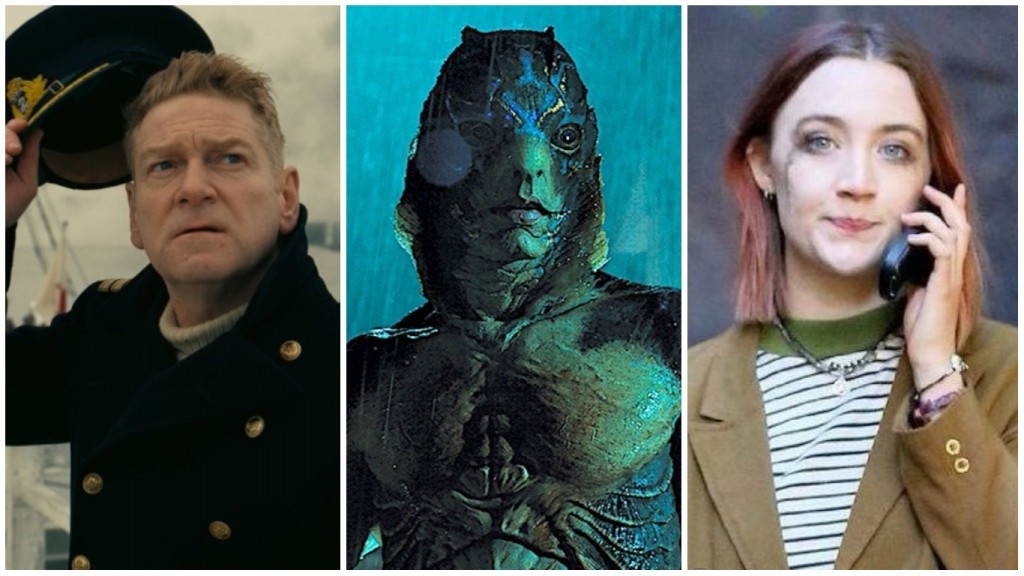 2017 has been very different from other years when it comes to the Oscars race. While in most other years, we have a frontrunner by the month of December (sometimes earlier), this year we had to wait and wait for the frontrunner to emerge. And here we are in January, we are still not sure which film is going to win the Best Picture. That certainly makes things interesting for the next few weeks.

If there is one film that has shown consistently in all the guilds and critics awards, it is ‘The Shape of Water’. It has turned out to be a surprise frontrunner, if you want to call it that. Though, I would still not place my bets on it to win Best Picture, I am very confident that it will emerge as the movie with most nomination on Tuesday — as many as 14. ‘Dunkirk’, the early favorite, has been pushed behind by the emergence of ‘The Shape of Water’ will have something to cheer about on Tuesday when it should receive the second most number of nominations — as many as 9.

Despite the fact that ‘The Shape of Water’ and ‘Dunkirk’ will be the two most nominated films this year, the real race to win Best Picture is between ‘Lady Bird’ and ‘Three Billboards Outside Ebbing, Missouri’ (with ‘Get Out’ having an outside shot).

Here is a fun fact. In the last 5 years, only once the film with most nominations has gone on to win Best Picture (‘Birdman’). Last year, ‘La La Land’ lost Best Picture to ‘Moonlight’ despite 14 Oscar nominations. This year again, the trend in all likelihood will continue.

Anyway, as you all know, we here at The Cinemaholic do our best to bring to you the most accurate Oscar predictions. (We can officially claim to be most accurate predictors on internet considering we have consistently and correctly predicted at least 85 nominees out of 106/107 in 21 main categories for the past three years — a feat no publication, other than us, can claim to make). Last year we broke all records by predicting 94 nominees correctly. But each year is different. This year is particularly difficult.

At this point, I would like to extend my thanks to Hollywood Elsewhere and Awards Daily, websites that I trust when it comes to getting a sense of the pulse of the industry during the awards season. As far as making Oscar predictions is concerned, I trust my gut instinct and common sense more than anything else.

With that said, take your time to go through the predictions of all the 21 categories (we don’t predict the 3 shorts categories). It is a long list and will need some time to go through one by one. You can also come back, after the nominations are announced, to check how many correct predictions we made. Oscar nominations announcement will happen on Tuesday, 23rd January.

Call Me by Your Name
Dunkirk
The Florida Project
Get Out
I, Tonya
Lady Bird
The Post
The Shape of Water
Three Billboards Outside Ebbing, Missouri

Potential Surprise: Luca Guadagnino, Call Me by Your Name

Potential Surprise: Christopher Plummer, All the Money in the World

Get Out
Lady Bird
I, Tonya
The Shape of Water
Three Billboards Outside Ebbing, Missouri

Potential Surprise: Call Me by Your Name

Baby Driver
Dunkirk
Get Out
The Shape of Water
Three Billboards Outside Ebbing, Missouri

“Evermore,” Beauty and the Beast
“Mystery of Love,” Call Me by Your Name
“Remember Me,” Coco
“This Is Me,” The Greatest Showman
“Stand Up for Something”, Marshall

Blade Runner 2049
Dunkirk
The Shape of Water
Star Wars: The Last Jedi
War for the Planet of the Apes

A Fantastic Woman
Foxtrot
In the Fade
Loveless
The Square