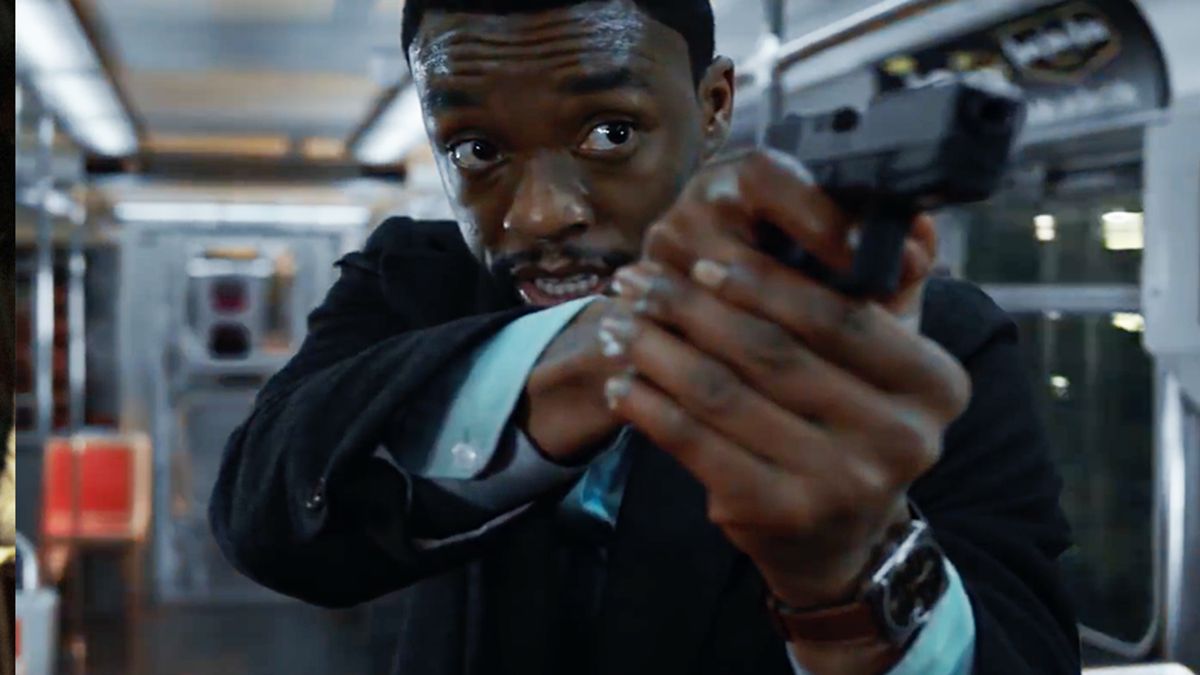 ‘Black Panther’ Chadwick Boseman is ‘the guy who kills cop killers‘ in the first trailer of ’21 Bridges.’ The trailer, which released on Thursday, hints at a fierce cat-and-mouse game between cop killers and Boseman’s NYPD detective. STXfilms’ ’21 Bridges’ is directed by Brian Kirk from a screenplay written by Adam Mervis and Matthew Michael Carnahan. Anthony Russo, Joe Russo, Mike Larocca, Gigi Pritzker, Boseman, and Logan Coles produce the movie.

The trailer reveals Boseman as a kid attending his father’s funeral. After some years, the trailer shows him as an embattled NYPD detective Andre Davis. He is known among the NYPD and criminal circles as ‘the guy who kills cop killers.’ Davis combs Manhattan for a couple of cop killers escaped after a botched heist attempt.

The cops shut down the city to prevent the killers from leaving Manhattan city limits. Davis also unravels a massive plot behind heist attempt which killed 8 cops. He has no other option but to close the 21 bridges that connect the island with the external world. “Close the island. We’ve got 21 bridges in and out of Manhattan. Shut them down,” Boseman orders. “Then, we flood the island with blue,” he adds in the trailer.

The city is isolated with the closing of all channels through the rivers, tunnels and subways. No one could enter and no one could leave the city without the nod of NYPD. Now, Davis can start his final raid for the cop killers. But as the night grows, he struggles to discern the good and evil forces. The night also crack opens old memories about his father who was also an NYPD officer. Tonight, it’s personal for Davis who grew up along with the trauma of his father’s brutal murder when he was a kid.

’21 Bridges’ also stars Sienna Miller, Stephan James, Keith David, Taylor Kitsch, and J.K. Simmons. The movie is a major release for Boseman after his MCU superhero flick ‘Black Panther.’ Boseman compared ’21 Bridges’ to the raw thrillers written by David Mamet during the late ’70s and early 80s when the movie was premiered at CinemaCon earlier this month.

“Several things, I would say that it was combination of being able to have a fast-paced action movie. When I read the script, I could tell that this was gonna be a ride, it’s a ride when you watch it. At the same time, it took me back to my theater days, where you have that fast-paced language, like David Mamet, that New York feel. I feel that this movie sort of captured that combination of things,” Boseman said at CinemaCon.

The actor also returns as his iconic superhero Black Panther in the MCU saga ‘Avengers: Endgame,’ along with directors Anthony Russo and Joe Russo. ’21 Bridges’ is the feature directorial debut of prominent television director Brian Kirk. He has directed episodes of ‘Game of Thrones,’ ‘The Tudors,’ ‘Luck,’ and many other binge-worthy shows.

Check out the ’21 Bridges’ first trailer below.