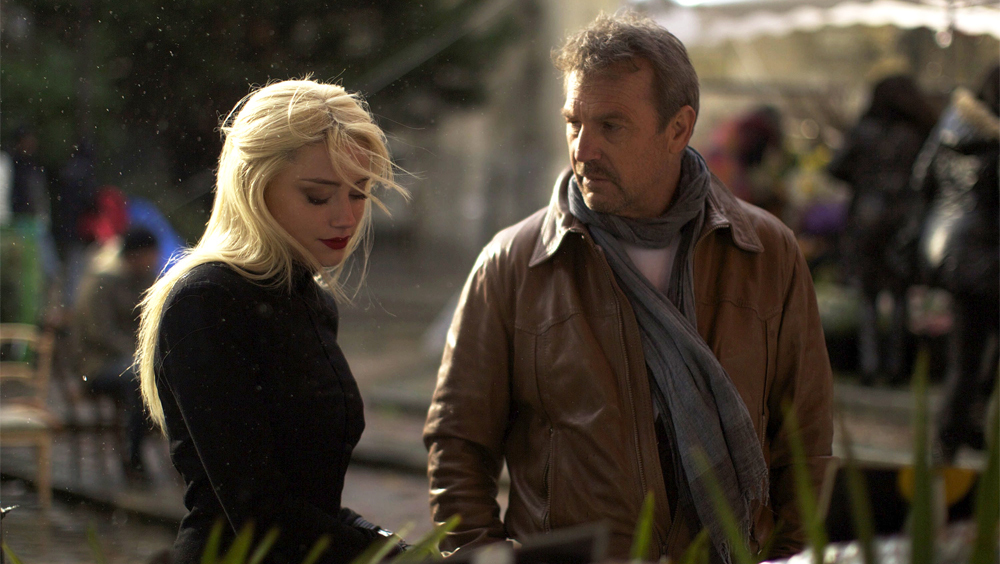 Even in the later stage of his career, Kevin Costner, with a gun in his hand, continues to look like a hero out of American folklore. Although McG’s spy action thriller ‘3 Days to Kill’ is predominantly set in Paris, Costner’s CIA agent Ethan Renner resonates with the same rural ruggedness that fans have long associated with the legendary actor. Ethan is a “lifer,” an agent who has devoted all his life to the agency. But when he is diagnosed with terminal brain cancer, the same agency unceremoniously retires him.

Wanting to spend the time he has left with his estranged wife Christine (Connie Nielsen) and daughter Zooey (Hailee Steinfeld), Ethan returns to Paris. But he is soon pulled back into the shadowy world of espionage when CIA’s elite assassin Vivi Delay (Amber Heard) offers him an experimental drug in exchange for eliminating the mysterious illegal arms dealer known simply as the Wolf (Richard Sammel). SPOILERS AHEAD.

The film opens in Belgrade, Serbia. Ethan and his team have set up a trap to catch The Albino (Tómas Lemarquis), the second-in-command in Wolf’s operation. But when The Albino recognizes one of the operatives, he immediately aborts a planned business exchange. Desperate for an escape, he causes a massive explosion. Ethan catches up to him and secures the dirty bomb that The Albino was carrying, but he suddenly starts feeling dizzy and collapses. Ethan shoots the Albino, but the other man still manages to flee.

After returning to Paris, Ethan learns that his apartment is now occupied by a family of squatters. Seeing that the daughter is pregnant, he lets them stay, after imposing some rules. Ethan finds himself to be totally clueless about how to handle his teenage daughter, Zooey. He had last seen her five years ago and is baffled by how drastically her preferences and likes have changed. There is a running gag in the film that involves Ethan trying to gift Zooey a purple bicycle, much to her chagrin.

Ethan goes around asking for advice from fathers who are more involved in their daughters’ lives, including Jules (Eriq Ebouaney), the patriarch of the squatting family, and Mitat Yilmaz (Marc Andréoni), an associate of Wolf. As the film progresses, Zooey starts opening up to him, especially after Ethan saves her from the four boys who were about to rape her. They go back to the carousel, where they had spent countless hours when Zooey was younger. She also finally learns how to ride a bicycle. 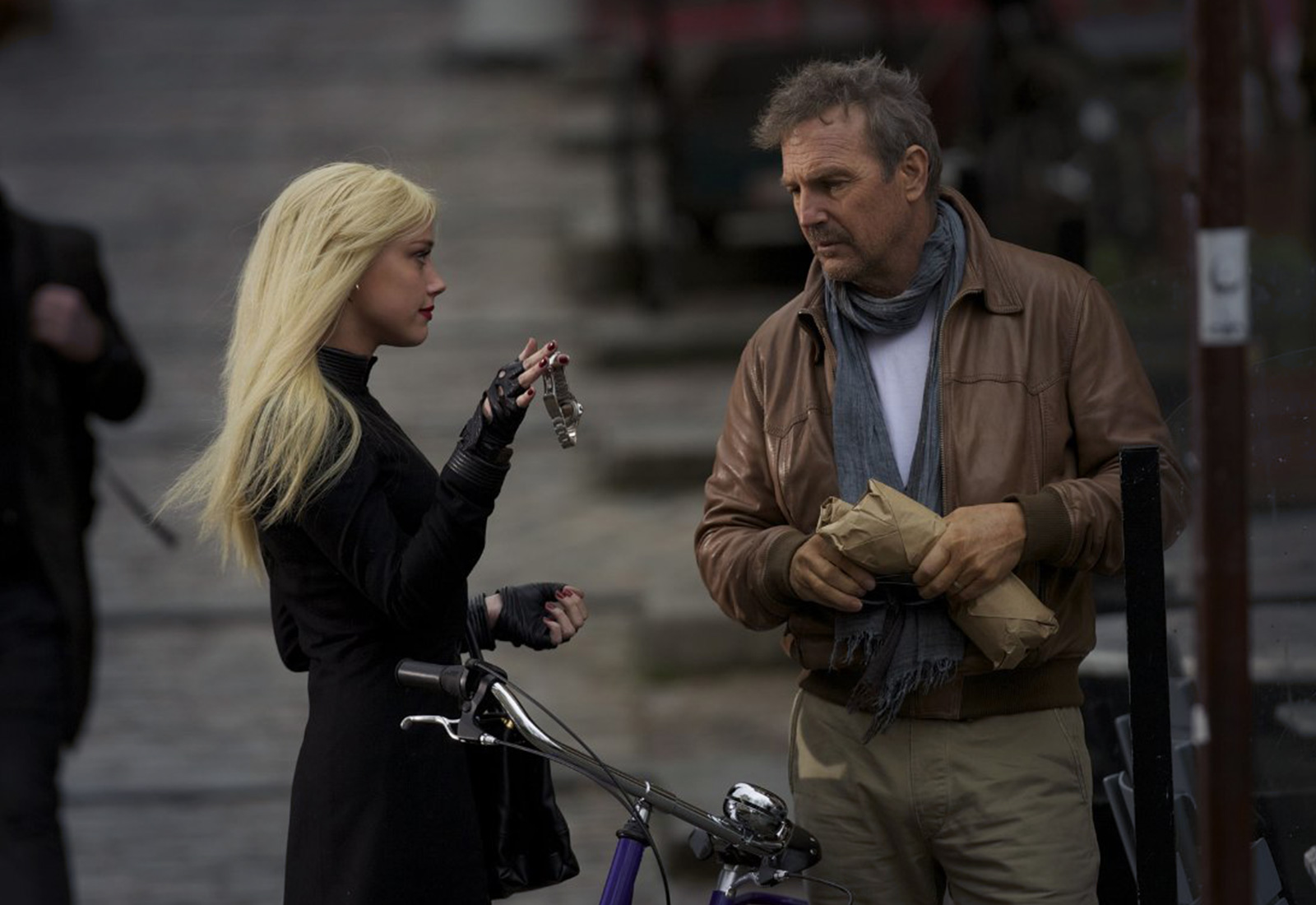 While keeping his teenage daughter happy, Ethan tries to do the job he has to do. When Vivi approached him with the deal, he knew that it’s an offer he can’t refuse. After spending a lifetime in the CIA, the agency discarded Ethan when they discovered that he wouldn’t be much use to them any longer. He had to sacrifice virtually everything for his job – his health, marriage, and relationship with his daughter.

When he gets the diagnosis, Ethan realizes that it is too late for him to make up for his past failures. There is a cascade of regret in Ethan’s voice when he tells Christine that he should have quit a long time ago. He knows that he can’t make up for the lost time, so he desperately tries to bring at least a level of normalcy in the relationship between him and his daughter. So, when Ethan is offered the experimental treatment, it basically means more time with his family for him.

Vivi, who had been sent by the Director of the CIA himself to eliminate Wolf, correctly concludes that Ethan has seen the target during the disaster in Serbia and is probably the best candidate to go after the illegal arms dealer. He and Vivi also agree that he will only kill a set number of people during this job. As Ethan tries to balance his work life with the personal one, his remorse for his failed marriage is as immense as it is for the deterioration of his relationship with his daughter.

From the moment they meet again, it is quite clear that both Ethan and Christine still have feelings for each other. While Ethan boldly expresses them, Christine is reluctant as a lifetime of disappointments has taught her to suppress them. But she starts noticing that he is genuinely making an effort, and those long-dormant emotions come rushing back. After a passionate night together, she tentatively begins to hope for a better future.

In the course of the film, Vivi develops a grudging respect for Ethan, which later morphs into a sexual interest, although the latter is never reciprocated. She comes to think that she has complete control over Ethan. He becomes her weapon against Wolf’s entire operation. Ethan captures The Albino’s accountant, and gains access to his accounts, completely bankrupting him. As Vivi predicts, this brings The Albino to Paris. What she doesn’t foresee is that it will bring Wolf to the city as well.

Ethan ultimately kills The Albino, but Wolf gets away after Ethan has one of his episodes. While attending a party at the home of Zooey’s boyfriend, Hugh (Jonas Bloquet), Ethan discovers that Wolf is the business partner of Hugh’s father. Christine notices how alert Ethan has suddenly become and quickly surmises that he is still working for the CIA. She feels betrayed and erroneously accuses him of lying to her about, among other things, his illness. It is then that Ethan starts coughing blood.

As the gunfight begins, Ethan convinces her to stay hidden while he systematically goes through most of Wolf’s security team. He then causes the elevator to collapse with the other man inside it. As Wolf tries to crawl away from the debris, Ethan approaches him, but he has an episode again. Fortunately, Vivi is there this time. She demands that Ethan kills Wolf. She believes that Ethan, being a lifer, will never be anything else than an agent. He proves her categorically wrong when he refuses, stating that his quota is already full.

Realizing that she has misjudged the man, Vivi becomes frustrated and just kills Wolf herself. In Ethan, Vivi sees her future self, a burnt-out agent with nothing really to show for his faithful service. She is terrified of the prospect and desperately hopes that he will find happiness at the end of the road, not just for him but for her sake as well. Along with frustration, she feels a sense of relief when he rejects her final order. It proves to her, above anything else, that she can have a life beyond the agency as well.

Back to the Beach

Ethan and Zooey spend the week before Christmas at the beach they used to frequent when Zooey was younger. It is a struggling time for both of them, as Ethan later implies to Christine, that he has likely spoken to her about his former job as well as his cancer. The revelations seem to have made things better between them. When Christine arrives with the presents, the family becomes whole. She accepts the uncertainty of their circumstances because it is always the better option than letting him deal with failing health on his own.

The former at least allows them to have some moments together before it’s too late. The treatment is evidently working. Ethan’s doctors had told him that he would not see Christmas that year, but he does. Vivi keeps her end of the bargain and sends him a vial of the drug as a Christmas present. She personally delivers it and watches with a smile playing on her lips as Ethan opens the present. After their brief collaboration, she has become invested in his happiness and wants it to last as long as it can.

Read More: Is 3 Days to Kill a True Story?