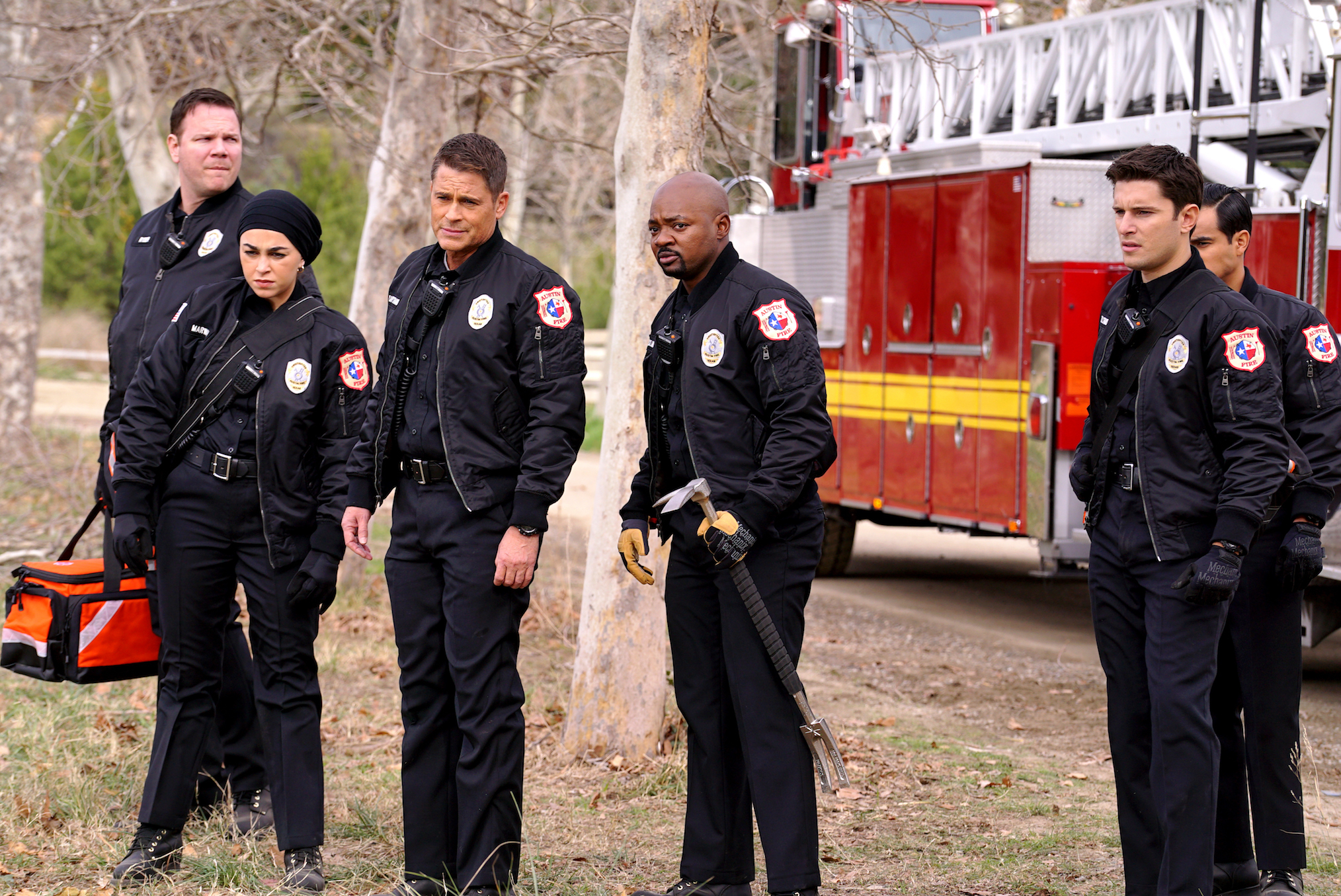 ‘9-1-1: Lone Star’ season 2 aired its second episode on January 25, 2021, and it follows the team as they race against time to save the lives of a group of students at a college pool party. Why? Well, a volcanic eruption has wreaked havoc in Austin. We will cover the details of the episode in our recap section. Now, after a successful second week, ‘9-1-1: Lone Star’ is returning with its third part, which is soon slated to make its premiere. Want some more details? Well, we are here to help you with that.

‘9-1-1: Lone Star’ season 2 episode 3 is scheduled to premiere on February 1, 2021, at 9 pm ET and 8 pm CT on Fox. The show should follow a weekly format, with a new episode slated to release every Monday at the same time slot.

You can watch the 3rd episode of the second season of ‘9-1-1: Lone Star’ by tuning into Fox on the above-mentioned time slot. The episode can also be watched live on Fox’s website or the Fox Now app with a valid cable provider’s login. Other than that, you can catch the episode live if you have a subscription to any of these live-TV streaming services: FuboTV, YouTube TV, or Direct TV. The episode can also be watched on Hulu sometime after it has finished airing on television. The final option is to rent or buy the episodes on Amazon Prime Video.

The upcoming episode is called ‘Hold the Line,’ and here is its official synopsis as outlined by Fox: “As a wildfire spreads across Texas, crew members from the 118 firehouses in Los Angeles arrive in Austin to help Capt. Strand and the 126; a group of teenagers are trapped by a fire; Owen and Hen struggle in the aftermath of a helicopter crash..” You can also watch the promo for season 2, episode 3 below:

in the second episode, we meet Owen and the 126 squad as they hold a small party to celebrate his receding tumors. Later, we learn that Owen’s cancer is in remission. On the other hand, Tommy struggles with the pain of being away from her kids. She feels guilty about abandoning them. In another scene, we see a mini-golf course where a man admits that the pandemic has destroyed him and his family. Not long after, the Paradise Family Fun Center collapses into a boiling trench, and the same man falls on molten, red-hot rocks.

When the 126 crew arrives, it is clear what has just happened. A dormant volcano has erupted. The news is all over the channels, and it’s predicted that a few more volcanoes can activate. On the other hand, a lady named Lily is trapped inside her food truck. She is attached by a batch of scorpions, seeking refuge from the lava. Grace is able to help Lily escape by using a vinaigrette and a spray bottle. Then, there is this college pool party, which is in total chaos after the eruption. The 126 team reaches the spot and is able to salvage the situation.