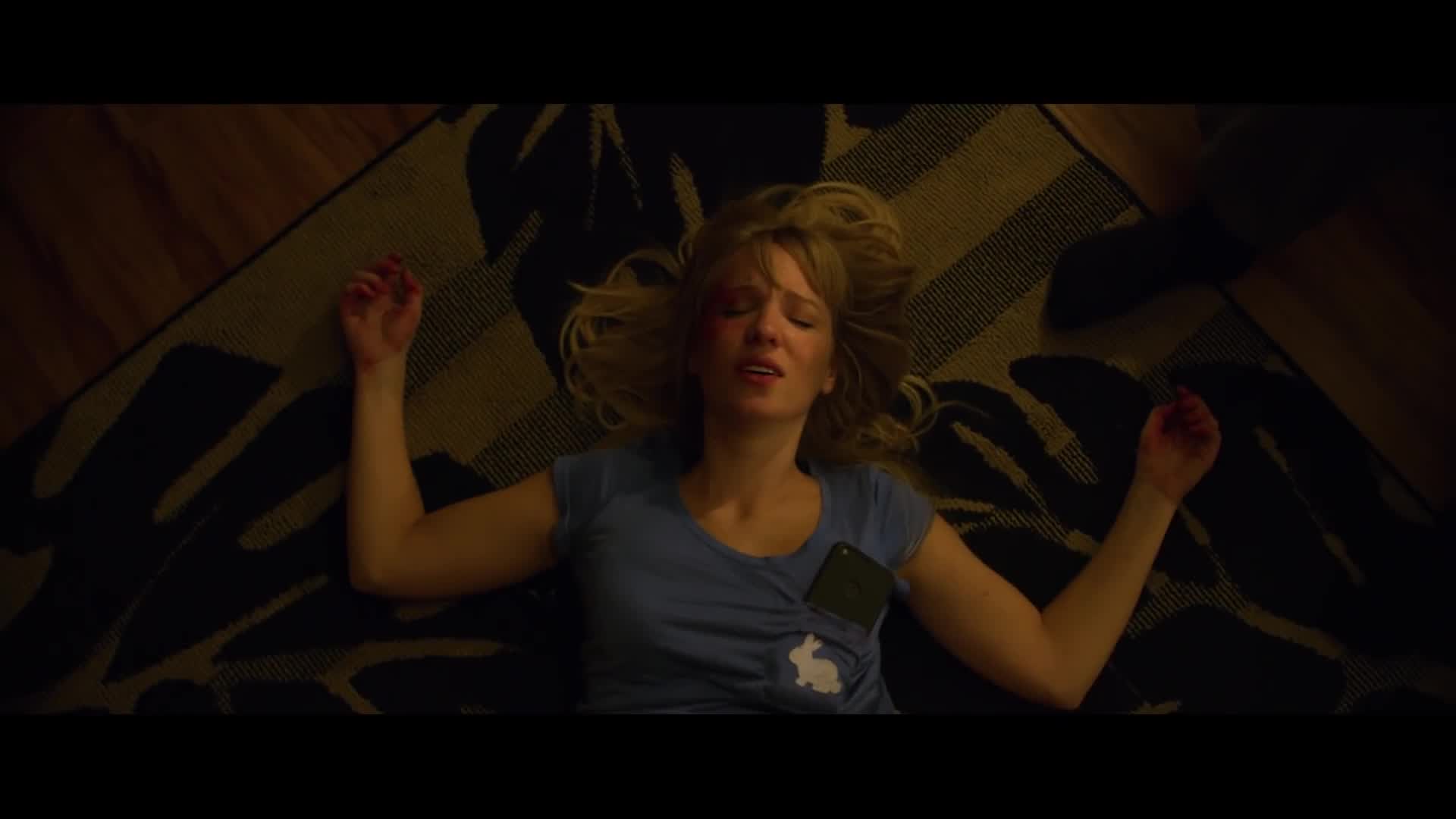 Written and directed by Rusty Nixon and based on a story by Evan Tylor and James Clayton, ‘A.M.I.’ is a horror film that revolves around a 17-year-old girl who starts killing people after developing a mother-daughter relationship with her phone’s A.I. The film’s cast includes Debs Howard, Philip Granger, and Bonnie Hay. When the film originally came out, it garnered mixed reviews from the critics. However, after it became available on Netflix, it enjoyed a certain amount of resurgence in interest. Shot on a tight budget, ‘A.M.I.’ is a self-aware gorefest that keeps you entertained throughout its entire runtime. SPOILERS AHEAD!

The title is an acronym for Artificial Machine Intelligence. The film begins by establishing its main character’s background. Cassie (Howard) is an ordinary teenager coping with her mother’s death, who was killed in a car accident. Cassie was with her in the car on that fateful day and suffered severe brain trauma for which she is on medication. Her life seems to be falling apart. She has a terrible boyfriend, envious friends, and a drunkard father. She seems to experience psychotic episodes whenever she forgets to take her medication.

In one such instance, she nearly kills a cat. She finds a phone with the A.M.I. app, a virtual assistant that you can modify, and Cassie changes it to sound just like her deceased mother. As the film progresses, Cassie starts to rely more and more on A.M.I. She stops taking her medication altogether. After discovering that her boyfriend is cheating on her with a friend, she finally snaps and goes on a murdering spree. As she gradually loses her grasp on reality, the people around her suffer the overdue consequences of their selfishness and casual cruelty.

The film underscores the fact that there is something deeply wrong with Cassie before she embarks on her murderous rampage. Since her mother’s death, she really hasn’t been herself. A part of her likely blames herself as her mother was speaking with her and wasn’t paying attention to the road when the accident happened. Her immense sense of grief seems to have been heightened by the psychotic tendencies caused by brain trauma. In the first act of the film, she desperately tries to hold onto whatever she still has left but faces disappointments after disappointments from people close to her.

After his wife’s (Hay) death, Cassie’s father, Greg (Granger), has found solace in heavy drinking and having meaningless sexual liaisons with a series of women. While he deals with the pain and grief of losing his life partner, he overlooks his daughter’s needs, and she is left to fend for herself. One of Cassie’s friends, Sarah, later admits that she has always been jealous of her because of the wealth and affluence of her family. She seduces the protagonist’s boyfriend to shame her. Liam (Sam Robert Muik), Cassie’s present boyfriend, is a typical hormonal teenager who is more interested in football and sex than her.

The Destructive Nature of Technology

‘A.M.I.’ is part of the same horror subgenre as ‘Friend Request’, ‘#Horror’, and ‘Unfriended’, but it has some elements of light science fiction as well. The app shown in the film is not beyond the realm of possibility. The idea that there can be an artificial intelligence that can manipulate us is inherently terrifying. And that is the real source of horror in this film. After she finds the phone with the ‘A.M.I.’ app already installed, Cassie’s drastic transformation begins. Her psychological issues seem to have started after the accident.

The app, with mild suggestions, convinces her to stop taking her medication. As her mind descends into psychosis and insanity, she begins losing her sense of morality. Sarah is her first kill. There is a flicker of remorse right after she thinks that she has strangled her friend to death. But then Sarah gets up and laughs mockingly at her. Something fundamentally changes within Cassie, and she brutally murders the other girl. Before she kills her father, he pleads to her by saying that she can never return from this. What he doesn’t understand is that she is already gone far beyond his reasoning.

Neglected by all the real people in her life, she has formed a co-dependent bond with her phone’s A.I. With the app’s help, Cassie methodically plans to shift all the blame for the murders to her last victim, Liam. She and A.M.I. initially attempt to correct his behavior by causing a mild accident. She tries to show him what a wonderful girlfriend she is by bringing him soup while he is confined to his bed. She even shares the app with him. But Liam, predictably, changes the app’s voice. When Cassie discovers this, all her remaining feelings for him evaporate immediately, transforming her into a literal ax murderer.

Cassie first kills Liam’s father and then him. When the police arrive, she pretends that Liam was the attacker. After the remains of the bodies that she has been dissolving in acid are found in his backyard, her allegations are confirmed. She is hailed as a survivor and celebrated as a heroine of the community. At her home, she has acquired three more phones and has set the app to sound like her father, Liam, and a baby. Cassie has created a utopian existence with the help of technology where everything is perfect, and she will never get hurt.

This ending makes the audience question everything they saw until that point in the film. Cassie’s injury during the accident may have been so severe that she is unable to distinguish between reality and fantasy. The app’s abnormal behavior and murderous intent are part of her own imagination, a way to justify her actions. Both Liam and Cassie’s other friend Ruby also have the app for considerable periods, but neither of them gets turned into a mass murderer almost overnight. Cassie does, and this indicates that the problem lies within her.