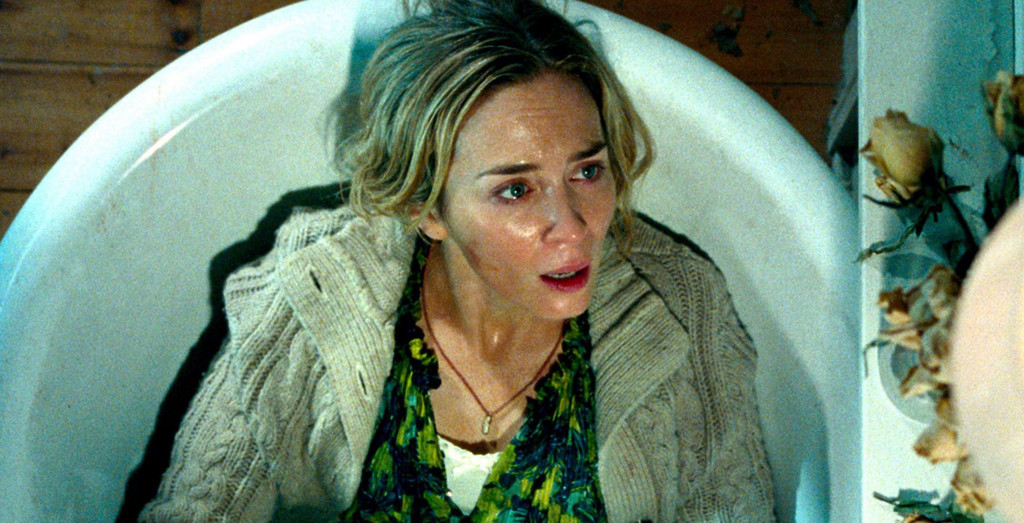 I’ve been ruminating for some time about what ‘A Quiet Place’ actually meant. Every time I see it, the admiration and fascination just amplify. Directed by Joh Krasinski, the film is based on an original story about a dystopian future which sees the emergence of sound-sensitive alien creatures, who hunt anything which makes a sound.

The film’s minimalization of setting and characters made it possible for Krasinski to isolate every character and view their relationship dynamics with individual characterizations. Being allowed to do that and still developing and selling the film as a commercial blockbuster is a testament to Krasinki’s talents as a director and a producer. With profits well over a hundred times the budget, it is safe to say that our very own “Jim” did a great job with the film, making it accessible to the audience. In an interview, the former ‘Office’ cast member revealed his clever and intentional placing of “Harvest Moon”, crooned by Neil Young, in the film to make it more agreeable and hospitable to the audiences.

‘A Quiet Place’ certainly didn’t end quietly and left and open-ending which is being followed by a sequel. In an attempt to completely understand the movie, we present a dissection of the plot, the ending, and the underlying themes that fueled the movie. Happy reading! 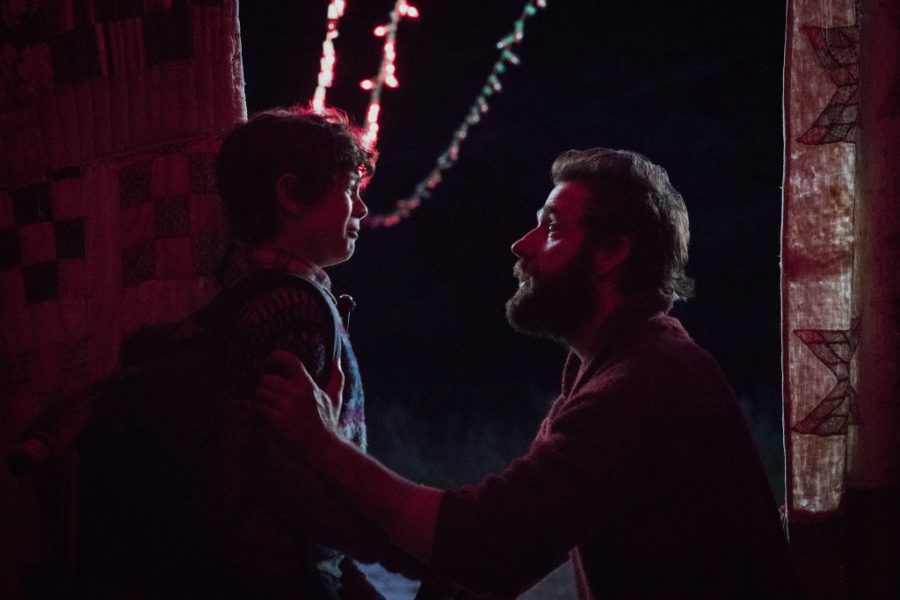 As has already been established, the largely simply script follows a family of four in a dystopian backdrop. Alien creatures, who respond violently and vigorously to sound, have exhausted the local dominian and hold sway over every decibel of sound that emanates in the region. Lee and Evelyn are survived through their three children, Regan (who is deaf), Marcus, and Beau, the last of whom gets hunted by the creatures due to a mistake, which largely is a wrong characterization, made by Regan.

As the Abbotts overcome the traumatic experience, Regan feels a distance between her and Lee, whom she thinks assigns blame on her for Beau’s death. Evelyn is pregnant and can’t travel anymore. The children take turns to go with their father for gathering essentials and food. On one such expedition, Marcus finally confronts Lee about Regan’s insecurities and Lee intends to assuage them and mend fences with her. On the verge of labor, Evelyn is caught amidst an ambush by the creatures, who are drawn due to shrieks from an injury she sustained.

As the Lee and Marcus rush back to help, Regan, unaware of the frequency of her machine, brushes off the creature and discovers a method to manipulate them. As Lee makes it back, he finds Evelyn and the newborn safe and relocates the tired pair to the basement, which is soundproof. Marcus and Regan finally unite and discuss Lee’s supposed cold shoulder, whereby Regan is still unconvinced. It is not until later, when Lee comes back to retrieve them and sacrifices himself for Regan and Marcus and tells Regan he has loved her forever, that the forme realizes her mistake and the forthcoming responsibility. Back at the house, the trio finally finds a chink in the armor of the creatures and successfully manages to kill one of them. 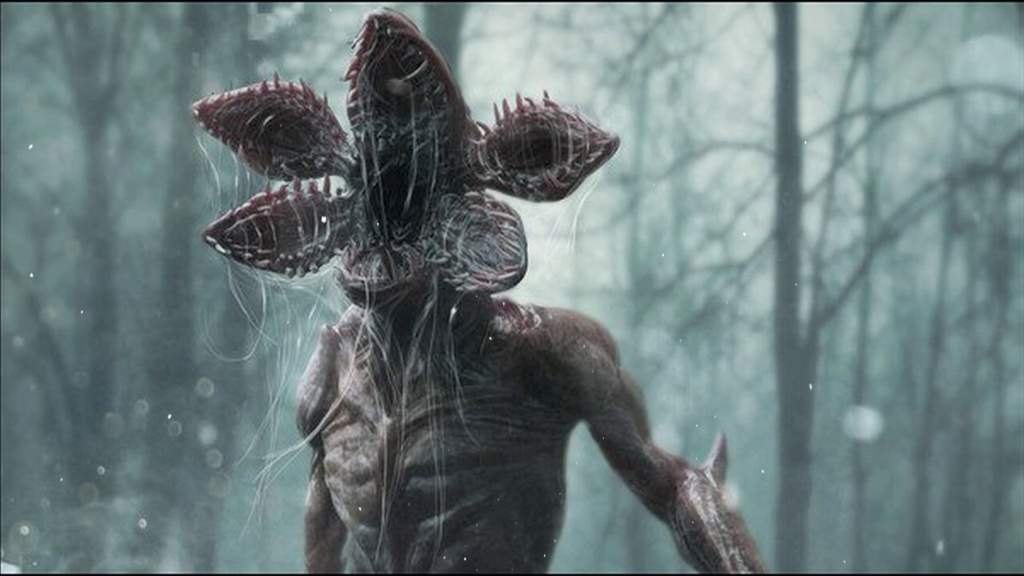 Th open ending was pretty straightforward. Primarily, the audience is led to be believed that there were three creatures only, who inhabited the earth, something which has been explicitly made clear. Due to the highly sensitive nature of the creatures to a certain frequency, which Lee experimented with her deaf daughter’s machine, they are disheveled when Regan uses that to send them into a chaotic bout of anxiousness, which leads them exposing their mortal bone structure.

After the creature exposes its weakness, Evelyn is quick to shoot it down. The film ended with the remaining two creatures rushing to the Abbot residence, drawn from the noise, and Evelyn popping her shotgun, seemingly ready to face them. Apart from that, not a lot is clear at the moment as to what the sequel will feature. If indeed the remaining creatures are killed by the family, who’ll chase them? have the creatures bred, which was purposefully kept from the audiences for a sequel? Will the Abbots be contacted by someone outside the country? Or will we see a completely new menace haunting the family?

All these questions remain for the sequel, but by the looks of it, we’ll see more of the creatures in the second part.

Discussing the film, director John Krasinski has talked at length about how the movie isn’t to invoke horror and disgust for the monsters and sympathy for the characters, but to depict how strong the bond of family is. In an interview with The Daily Californian, Krasinski said:

“We just had our second daughter about three weeks before I read the script. And so I was already in the state of terror of keeping this girl safe … and whether or not I was a good enough father,” Krasinski said.

“(And then) in comes this script about a family that relies on each other, about parents that would do absolutely anything for their kids. So it doesn’t take a lot for me to cry, but I was wide open for this one, and it connected to me in a big way,” Krasinski continued”.

‘A Quiet Place’ is as much a drama about the trials and tribulations of parenthood as it is a post-apocalyptic creature feature. Backing Krasinkis’s claim is the amount of screen time and focus that is drawn on the relationship between Regan and her father. The troubles that they go through are very similar to the ones experienced by many daughter-father duos around the world. Communication is a bridge that signifies the strength of bonds between two people and Lee and Regan certainly had an effective gap. Its message is clear in saying that people should probably talk more about their feelings and especially to those whom they value and cherish. Maybe, if Regan wouldn’t have indignantly left her pregnant mother alone at home after being rejected by her father to accompany him on the gathering trip, Evelyn would have never stepped on the nail and Lee would still be alive. Imagine Regan reliving the moment her father was torn apart right in front of her eyes and how she must approach this hypothesis.

The bond of family is something that can’t be replaced by anything else. Its sanctity and distinctiveness are preserved forever through something which can’t be explained and shouldn’t be sought after either. The beauty of the film rests in the fact that this nature of the story wasn’t forced down our throats and thrown to be digested. It was subtly and gradually imbibed into the tone of the film and offered before us to eat, chew, and contemplate. Krasinki’s craftsmanship and the stellar performance smake ‘A Quiet Place’ the biggest winner of 2018.

Read More: Under the Skin, Explained