A Teacher Episode 6: What’s in Store? 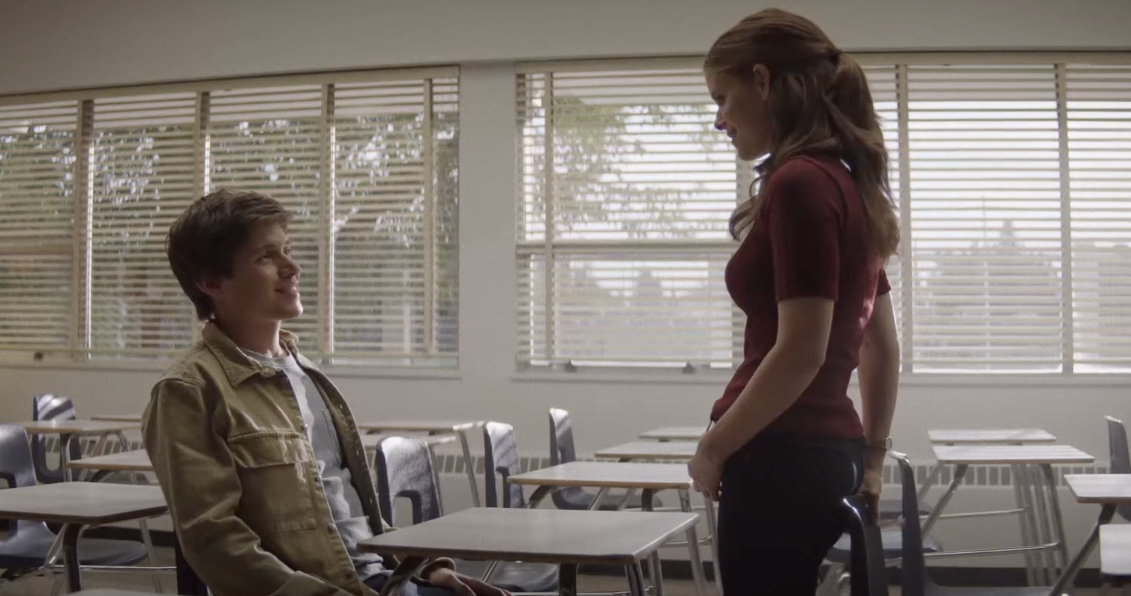 Created by Hannah Fidell, ‘A Teacher’ explores the life of an educator, but from a very different lens. Claire Wilson (Kate Mara), is an English teacher who becomes fascinated by her student, Eric Walker (Nick Robinson). Soon, they indulge in an illicit sexual relationship. So far, the series has spent much time exploring the psyches of the characters and the intricacies of the clandestine bond they share. But it is a universally acknowledged notion that the truth comes out sooner or later. With Claire having shared her big secret with a colleague, here’s what we can expect from the next episode?

‘A Teacher’ episode 6 will release on Tuesday, December 1, 2020, at 12 am ET on Hulu. The 10-part miniseries usually airs a new episode on Tuesday. Plus, given that it has only reached the halfway point yet, you can easily catch up on the story if you’ve been busy. It is slated to end on December 29, 2020.

Where to Watch A Teacher Episode 6 Online?

Produced by FX, ‘A Teacher’ is available only on Hulu right now. If you have already subscribed to the streaming platform, then fret not, as you can simply find the show on Hulu’s official website. However, if you’re still on the fence about signing up, you can always opt-in for their 30-day free trial.

Claire has finally told Kathryn about her illicit relationship with Eric. Although she justifies it by saying that they’re in love and that he is 18, Kathryn knows it is her duty to report this “monumental abuse of power” to the authorities. In the next episode, we can expect to see Claire’s life fall apart bit by bit. Although Matt seems to be the most supportive husband on the face of this Earth, we doubt he would be sticking by his wife’s side through this mess.

Things will also be very hazy and confusing for Eric. After all, he believes that they are in love with each other. His mother will especially be unhappy with the news and may try to talk to him about it, as might his friends. However, Eric may not know how to handle the situation and could have outbursts of anger and sadness. After all, even though he is the victim in this situation, he would not feel like one. Plus, he is quite possessive of Claire as well.

For Eric’s 18th birthday, Claire books a beautiful property so they can go away together on a secret trip. Plus, this is also an opportunity for them to celebrate him getting 1375 on his SATs. Over the course of dinner, they talk about how Claire’s mother passed away from cancer when she was just nine and how it impacted the teacher’s life henceforth. Claire states that she tried to be perfect, but at the end of the day, she still reminded her then-alcoholic father of what he had lost.

Claire asks Eric if he has ever wanted to know more about his father, and he replies in the negative. The next morning, Matt calls Claire to remind her about his gig. Eric is upset, and although she tries to talk to him, he instructs her to take her underwear off. This is followed by them having sex. In the evening, they share a joint, following which, Eric asks Claire about her time in high school over a couple of beers.

The teacher states that she was quite vanilla due to self-imposed rules. When she vocalizes that he will be with multiple girls in college, he gets annoyed and goes to get another beer. Claire tells Eric to talk to her, but he is pissed about the fact that it’s their last night together before they have to resort to pretense again. Claire starts crying and states that she has risked everything to be with him. They say “I love you” to each other and spend their last night together.

On reaching home, Eric eats his birthday cake alone. Claire is at her husband’s band’s gig, where she catches up with Kathryn as well. The latter sneaks a bottle of tequila from the bar, and they head out to the parking lot. The English teacher finally confesses that she is in an (illicit) relationship with Eric, and Kathryn states that she will have to report this to authorities. A devastated Claire is then seen in the last shot.