Review: ‘A Wrinkle in Time’ is a Huge Disappointment 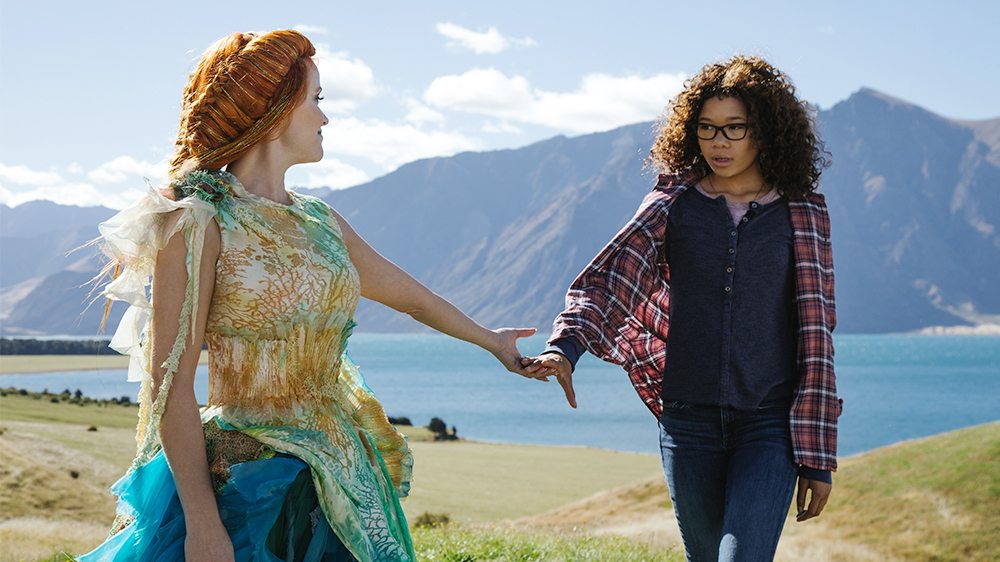 If you are among the tens of millions who admire the book, written by Madeleine L’Engle, a best seller through the years, expect disappointment, much disappointment, with this new film from Disney.

Can I start by saying with the astonishing accomplishments in visual effects through the last thirty years, could they not have done better here? I mean it is Disney, who spend tens of millions on the effects for Star Wars, but they could not do slightly better here? There are times when the effects look pre-seventies, as cheesy as those in Babarella (1968) while the colours, though impressive in their brightness tend to overpower.

When will Hollywood learn that Oprah Winfrey, who can apparently walk on water in some circles, simply isn’t a great actor. Winfrey simply lacks the depth as an actress. Here she plays one of three almighty beings who help guide children on a search for a father lost in a wrinkle in time. Most of her performance consists of uttering platitudes meant to inspire, but eventually have all the power of a toothpaste commercial. She tosses out famous quotes from Gandhi, Shakespeare, from everyone in history it seems but nobody cares. If I had to hear one more time what warriors the kids were, I might have turned in my press pass.

With Winfrey on this ego trip is the ever perky Reese Witherspoon, who once in a while proves she can act, Election (1999), Wild (2014) but more often than not is just annoying onscreen, as she is here as the most visible, and unwelcome, of these overseers. “Let’s go get him!” she says about finding their father, like a harpy cheerleader, you read that right, harpy. Yep, sure, with a smile and chirpy voice she invites the kids to move into another dimension to find their father. Um, OK.

The story is about believing in yourself, finding the courage to reach down and do what might terrify you. The only thing that terrified me as I exited the screening was the possibility I might have to sit through this nightmare of a movie once again when it comes out on Blu Ray.

Three young kids, approaching their teenage years go on what should be an extraordinary adventure (it is not) instead of what we all get (ordinary). Stunned, still mourning the disappearance and loss of their scientist father, portrayed by Chris Pine in what amounts to little more than a cameo, Meg (Storm Reid), her brother Charles (Deric McCabe) and their mother, also a scientist, Kate (Gugu Mbatha-Raw) are trying to get on with their lives. They discover his disappearance is somehow linked to the appearance into their lives of three unique, magical beings, Mrs. Whatsit (Witherspoon), Mrs. Which (Winfrey) and Mrs. Who (Mindy Kaling) and when offered the chance to go to find their father, the kids head out, with Meg’s boyfriend, well crush, along for the ride.

What they encounter is meant to be breathtaking, filled with wonder but really comes across as a poor mans’ acid trip left over on the cutting room floor from that Jane Fonda camp classic Barbarella (1968). Where I struggle is in the early bits the film earns our trust, I believed the issues the kids were having, especially the bullying Reid was dealing with at school. But the moment we are whisked away to the places between places, it is not all that impressive.

The entire film feels old-fashioned, like the first and terrible version of Dr. Doolittle (1966). We are supposed to believe what is unbelievable, but it is unbelievable only because of lousy effects. The early scenes in the film work very well, things begin to fall apart when the three Mrs. show up. Winfrey does little but make God like pronouncements, her eyebrows changing colour and shape, her hair the same for reasons I did not care to figure out. For many she is portrayed the role many believe she has already accepted herself in, some supreme leader. She is embarrassing in the film.

Witherspoon hops around like an energized little demon with a squeaky voice that sounds like the actress sucked too much helium. She is perky, and like Lou Grant hated spunk, I hate perky but mostly because it is so easy to play, dancing eyes, energy, you got it. Awful, what was she thinking. Kaling at least tries but has so little to do in the part se is almost an extra.

Young Stormy Reid is the real deal, a fine actress trapped in a huge toilet bowl of a movie. She more than holds her own against the presence of the others, and like her as an actress or not Winfrey is a formidable presence because she is after all, Oprah. But Miss Reid goes beyond all that and portrays a young girl deeply mired in grief and trying to stay above it so it does not bury her. The young actress schools Opray in how it is done. Told a darkness is enveloping the land, one would think they might have more urgency in their quest to find the father, but they move like still life through the various world connected by his discovery, the tesseract, a fifth dimension that connects universes and people.

Ava DuVernay directed the film, red hot after her Martin Luther King film Selma (2015) which was nominated for an Oscar a Best Picture. She is the first woman to work with a budget of more than one hundred million, and I suspect will welcome her return to smaller, more intimate films.  DuVernay does well with the early scenes which set the stage for the rest of the film, but seems entirely out of here element when the special effects start up. This is where she needs to shine most, so the visual effects, shoddy or not do not overpower the actors. She brings no sense of urgency to the film, none, it is as though we are watching a series of unmoving photographs that on occasion speak in telling the tortoise slow story. Without urgency there is no story, no excitement, just some pretty (sometimes) on screen.

Well, they do, but because they are terrible and because the actors are weak. A huge disappointment, and one of the weakest films thus far this year.