15 Actor-Director Collaborations That We Would Like To See Happen 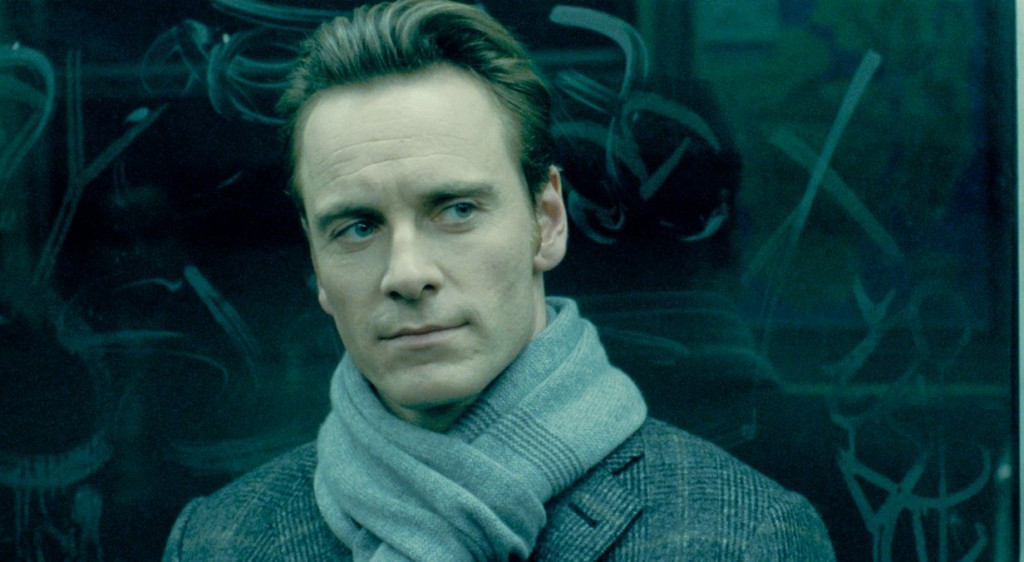 Actor-Director collaborations have always fascinated me. There is nothing more exciting than seeing an actor bring a director’s vision to life on-screen. The chemistry between the two needs to be strong and this makes for a memorable cinematic experience. The actor needs to fit into the director’s cinematic universe. Understanding the director’s vision and virtually getting into his psyche are key to crafting something truly memorable and cinema has seen some amazing actor-director collaborations over the years. But what about the ones that never happened but seem fascinating? This article takes a look at actor-director collaborations that we feel could be or could have been great.

This may seem like an unusual pairing but not really when you think about it. McConaughey’s emotionally intense style pretty well matches with Lonergan’s humanistic approach. Films like ‘Margaret’, ‘Manchester By the Sea’ and ‘You Can Count On Me’ have a certain human quality in them that make his cinema a very emotionally overwhelming experience. And McConaughey is someone who gets his notes well in sync with the tone of a film and rarely overdoes emotions. This could be a very, very intriguing collaboration.

I don’t know but I just get the feeling that Anne Hathaway would be a great fit for a wonderful musical drama. Damien Chazelle is way too young in his career to be categorised into a particular genre and style of filmmaking but the man sure seems to love some great music. Despite giving some fine performances over the years, Hathaway’s talent as an actress still remains underutilized to a large extent and Chazelle, being one of American cinema’s most promising filmmakers, could craft something truly special for a career defining performance.

Jeff Bridges has played some of the most memorable roles in ‘The Big Lebowski’, ‘True Grit’ and ‘The Crazy Heart’. His impeccable acting chops have helped him take on a variety of roles but it would be great to see him play a powerful leading role in a Jeff Nichols film. Nichols films feature strong, tragic protagonists and Bridges’ magnificent screen presence and staggering versatility would make him a fine fit for a Nichols script. It would be amazing to see him taking on a role like the one Michael Shannon played in ‘Take Shelter’ which would be quite challenging as it is exciting.

The raw talent of Jennifer Lawrence is yet to be exploited by a director. While she has been in some amazing movies playing amazing roles, she is yet to venture into the dark zone and David Fincher could just be the director to lead her into the realm of violence and mayhem. While she won the Oscar for her role in a lighthearted romantic drama, it still displays her vulnerabilities and edginess as an actor. And in films like ‘Winter’s Bone’ and ‘Joy’, she showed terrific range and ability to carry a film on her own which would make her a wonderful pick for a David Fincher protagonist.

Die hard fans of Quentin Tarantino would know why. Tarantino’s unabashed love for Asian cinema, Korean in particular, is no secret. And we’ve all seen what the man in the image above is capable of. His performances in ‘Oldboy’ and ‘Lady Vengeance’ are nothing short of true brilliance and his solid body of work makes him one of the finest actors working in cinema today. The performances in a Tarantino film are often quirky, bizarre and oftentimes over-the-top and Min-sik’s manic performance in ‘Oldboy’ alone would make this choice pretty much of a no-brainer. His scintillating persona along with mesmerising skills and wildly eccentric energy make him a perfect fit for Quentin Tarantino’s explosive cinematic universe.

Consistency has been the key for both Jake Gyllenhaal and Alejandro G. Inarritu over the past few years and this would be just the right time for them to team up. Inarritu is a very emotional filmmaker. The performances in his films are often so raw, passionate and very humane. Gyllenhaal is a very compassionate actor who understands the suffering of his characters and it’s this quality, coupled with Inarritu’s raw humanity, that would make for a wonderful collaboration. The lead performances in Inarritu’s last two feature films have received immense critical acclaim and Gyllenhaal would love to grab the opportunity to work with the maverick Mexican filmmaker.

To think that Joaquin Phoenix and Coen Brothers have never collaborated is pretty amazing because they just seem to fit in so well. Phoenix possesses the manic eccentricity inherent in the Coens’ cinema. He’s got the range of a chameleon and his wildly twisted sense of humour would go well with the dark, nihilistic,cynical world of the Coens. He has displayed his ability to play unconventional characters in films like ‘The Master’ and ‘Inherent Vice’. We just hope that this highly anticipated collaboration takes shape and get to see Phoenix play a bizarre, darkly funny, cynical guy.

Martin Scorsese today may not seem like the guy who directed ‘Taxi Driver’, ‘Raging Bull’, ‘Mean Streets and ‘Goodfellas’ but the man still has the energy and passion of a 25 year old. Michael Fassbender is arguably one of the most exciting actors working in Hollywood today. His performances in ‘Shame’, ‘Steve Jobs’, ‘Hunger’ have earned him numerous praise from critics and so it would be fascinating to see him work with the master director. Fassbender’s magnetic screen presence and astounding range make him very much a director’s actor and we could only hope that Scorsese would find something truly exceptional for this young, explosive talent.

Another no-brainer, perhaps. Well, maybe kind of. The mad genius of Naomi Watts is a clean fit into Darren Aronofsky’s bizarre, unhinged universe. We saw what Watts did in ‘Mulholland Drive’; one of cinema’s truly enigmatic, layered and haunting performances of all time. Aronofsky has often been compared to the likes of David Lynch and Alejandro Jodorowsky thanks to his surreal, nightmarish, disturbing films and this makes Watts a brilliant fit for the director’s maverick approach. Moreover, Aronofsky has elicited great performances from Ellen Burstyn and Natalie Portman and that would only make this collaboration seem more exciting considering the actress’ astonishing skills.

Known for her power-packed performances in both art-house and mainstream films, Juliette Binoche has worked with many legendary auteurs including Abbas Kiarostami, Michael Haneke and Krzyzstof Kieslowski. Binoche has a very effortless, naturalistic style that would bring in the right amount of humour and sadness for a perfect Woody Allen film. Allen has written some of the most fascinating female characters of all time and Binoche is one that would easily fit into his world of romance and loneliness. Allen is way beyond his peak to produce an ‘Annie Hall’ or a ‘Manhattan’ but another ‘Midnight in Paris’ would certainly make for a great collaboration between these two.

This wouldn’t be hard to imagine. Winslet’s cheerful, happy going persona would gel extremely well with Linklater’s funny and charming, optimistic style. Linklater’s portrayal of women may seem quite simple on the surface but are way too complex and incredibly layered on the inside. Winslet’s unique ability to imbibe the character and turn it into her own makes her a great fit for Linklater’s naturalistic style. She could be a mother, a lover, a fiercely bold woman not afraid to expose her frailties. Winslet just seems to possess every single quality for a Linklater film.

Perhaps a controversial pick but a fascinating one nevertheless. Lars Von Trier is one of the most divisive filmmakers working today. His films aren’t for everyone and his subjects explore the darkest corners of the human mind. Some might call him a genius while others bash his work as extremely pretentious and annoyingly self-indulgent. But there’s no denying the fact that the man certainly knows to write women. His films feature strong female characters and this might just be the stage for someone like Cate Blanchett to explode. Blanchett is arguably the best actress working in American cinema today and she has displayed her remarkable acting prowess in a wide range of roles that demand intense emotional vulnerability. She sure looks a great fit for the quintessential Von Trier character; deranged, eruptive and seductively bold.

Paul Thomas Anderson is a master at coaxing great performances from his actors. Films like ‘The Master’, ‘There Will Be Blood’ and ‘Inherent Vice’ are highly character-driven films that demand unusually brilliant acting skills. Edward Norton hasn’t had a memorable lead performance since long time now and ‘American History X’ still remains his best work. So this might just the time for him to step up and move out of his zone to work on more intriguing characters and there’s nobody out there who could craft deeply fascinating and compelling characters like Paul Thomas Anderson. Actors like Philip Seymour Hoffman, Daniel Day Lewis and Joaquin Phoenix have all shone greatly in Paul Thomas Anderson and so this might just be some sort of an epic career revival for Norton if at all the project happens.

Because why not? We all know what this woman is capable of and we pretty well know what Mr. Lynch is capable of too. The sad part, however, being David Lynch’s unofficial retirement from filmmaking. But we just hope he returns to the scene and when he does we could expect something truly epic if he ever thinks of teaming up with Huppert. Huppert is one of Michael Haneke’s frequent collaborators and her performance in ‘The Piano Teacher’ is one of the greatest of the century. There are some eerie similarities between the cinematic worlds of Michael Haneke and David Lynch that I find very intriguing. Their films can be very disturbing and immensely painful to watch. Both share a perverse and pessimistic view of the world. But the ultimate difference is that Haneke’s world is real whereas Lynch’s world is surreal. And Huppert, with her flamboyant charisma, intimidating presence and astonishing vulnerability would effortlessly fit into the bizarre, enigmatic world of David Lynch.

Now this may seem very unlikely but that’s exactly what makes it so exciting. Marion Cotillard is at the absolute peak of her career and so who better to work with than the man who is possibly the greatest auteur working in cinema today? Cotillard has shone in almost every role she essayed and her insane versatility makes her an easy fit in any director’s cinematic world. But she is yet to play a truly terrifying, downright despicable human being and Haneke might just be the man for this. You could almost see her as a frightening, obnoxious bourgeouis French woman and, my god, if this ever happens then she is sure to jump up into that elite club of Isabelle Huppert, Juliette Binoche and Meryl Streep as one of cinema’s all time greats. This would be an absolute dream project for a huge chunk of cinephiles out there.