12 Awesome Actors Who Need To Be Cast As a Superhero 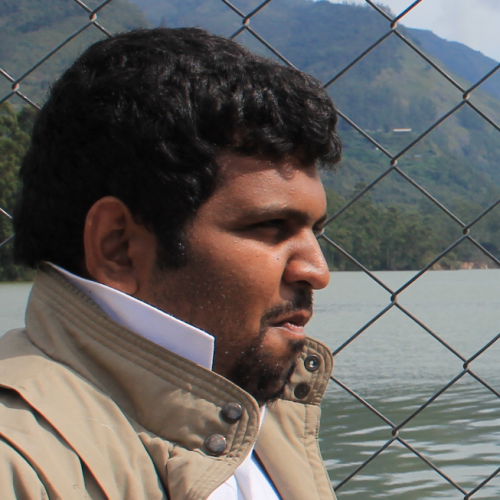 Superheroes, be it DC or Marvel, are the new craze in tinsel town. With a minimum of 8-10 movies being released every year, there is no dearth of roles or stars to be casted. A superhero movie, by default, slingshots an actor’s career into stratosphere aka Tom Holland and Gal Gadot. Being a superhero is cool by itself. Imagine telling your grandkids that you donned the role of Captain America or Flash!

There have been certain actors/actress whom we badly want to play a superhero character, while certain actors have thrown their hat voluntarily into the ring, a selected few have avoided the arena itself. Below is a list of 12 awesome actors who need to be cast as a superhero. Buckle your seats, folks!

While most of the below-mentioned actors have maintained their distance as far as possible from superhero movies, here is an actor that is eagerly waiting to be casted. A highly underrated actor, can be casted either as a sidekick or a major villain with his vast range of emotions ably supporting him. Criminally under-appreciated and creative in his mannerisms, it will be no surprise this Community actor will be helming a major role sooner than later.

Hollywood’s own quintessential man. The actor has been experiencing a second wind as far as his acting career is concerned. A suave character can be easily portrayed, all he needs is to turn up and be himself. With age limiting his opportunities, he can be casted as a father-figure or in advisory capacity. Or if adventurous, a villainous character doesn’t seem to be farfetched. But rest assured, he is riding the crest of the wave and it is time he took the plunge.

How was Bryan Cranston not yet acted in a superhero movie?? A charismatic personality coupled with sensible acting is a major crowd-puller. The debacle of Power Rangers notwithstanding, it is time for either DC or Marvel to rope in this maverick. With a slew of movies coming up, Bryan Cranston might land up as the role of a domineering villain that we all want seeing, especially Marvel.

The ageless beauty. The actress who can exhibit multiple emotions within a span of minute. Eva Green has been on the radar since her chilling role as Artemisia in the sequel of 300. It is a crime that she hasn’t been casted yet in any of the superhero movies. On the contrary, there haven’t been any roles that could possibly do justice to her talents. With the new era movies about to go into production, a menacing villainous turn is not out of bounds yet.

The perennial survivor! It is surprising that this talented actor hasn’t been considered for any role so far. Handsome hunk with emotive eyes, he could be a cakewalk in any role is a part of. With DC and Marvel lined up with a flurry of movies, the comic-book company which ropes in this mercurial talent will enjoy his services for a long time to come. With DC pulling off Damon as Darkseid as an April Fool’s prank, we will see him sooner than later!

Looks- check. Charisma- check. Expressions- check. The only reason that Gosling hasn’t shown any inclination to jump on either Marvel or DC superhero ship is to further his acting career with myriad of roles. But once this cool-looking dude decides to join the wagon, boy are we in for a treat! Quick wit and humourous or sombre and brooded- Ryan Gosling is the man.

A man who has carved out his career in underappreciated and critically acclaimed movies might just be the right fit for the slagging DC movies. An acting talent that could put the best to shame, he has been extremely sceptical of embracing a superhero character. The chances are he never may play one. But it will be a major coup, if and when, whoever hires this genius.

A bad-ass heroine. She showcased her martial arts skills in Edge of Tomorrow which put her in the race of many superhero characters, especially with the rumour mills suggesting her to be Captain Marvel. She had already rejected Black Widow by then. With the success of Wonder-Woman, perhaps the time is right for Blunt to be casted as superhero. Her acting is top notch and it is sure the role which will helmed by her will be epic!

Her career underwent a major transformation with the role of Furiosa in Mad Max and there has no turning back ever since. Her acting chops is unquestionable and her skills unmatchable. If you disregard Hancock and become choosy to select from the current roster superheroes, Theron stands apart from the other competitors with her experience and street-smartness.

Best Suited for: She Hulk/ Rogue

She is an incredible actress who has proved her mettle in every possible genre. She has done big budget movies as well as indie films. Importantly, she has thrived in David Lynch’s movies. But her recent inclination towards tv series has made the possibility of her starring in a superhero movie very remote. But again, never say never in Hollywood. Actress of such calibre, if casted, can only boost the movie through the glass ceiling.

Depp has crossed 50 years without starring as a superhero! Well, that is if you disregard the iconic Jack Sparrow as one. The talented actor is in danger of being stereotyped however. Already roped as Grindelwald in the Harry Potter spinoffs, it is the opportune time for him to foray into superhero movies. A menacing, eccentric villainous character would be perfect to cement his legacy as this generation’s versatile actor.

Best suited for: Sinistro/ The Ridler

The man who hasn’t yet starred in a franchise movie series at all! It has been a show of will power from Dicaprio that he hasn’t thought about superhero movies. From almost being casted as Batman in Joel Schumacher’s Batman to Sam Raimi’s Spiderman, this almost Anakin Skywalker actor has resisted the pull from DC and Marvel. With few amazing characters remaining to be casted and if Dicaprio decides to wear a mask or pull on the cape, all records are destined to be shattered.