Where is Adam Densmore Now? 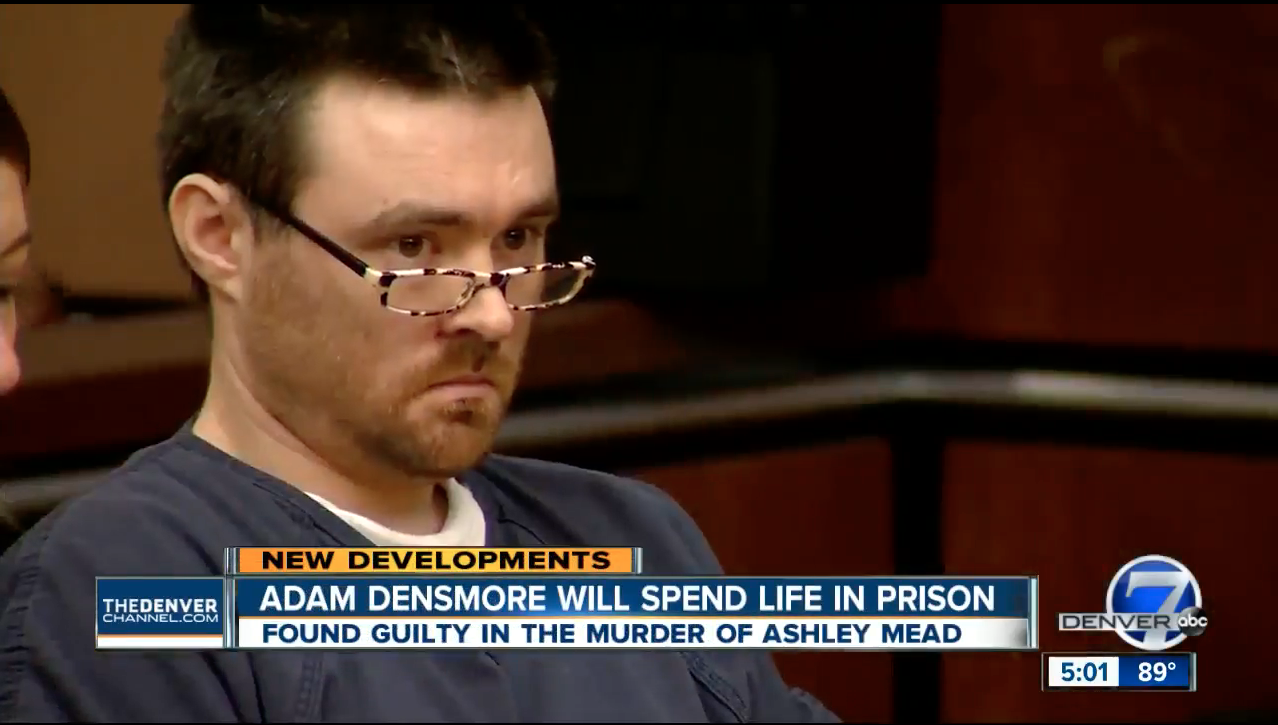 Investigation Discovery’s ‘On the Case with Paula Zahn’ takes the viewers on a detail-oriented journey into some of the most mysterious crimes in the country. The Emmy winning journalist, Paula Zahn, makes use of interviews with concerned people and expert analysis. The story of Adam Densmore has been covered in one such episode.

Who is Adam Densmore?

Adam Densmore was 33-years old when he killed his ex-girlfriend and the mother of his child, Ashley Mead. They used to live together but had ended their strained relationship. They also had shared custody of their daughter.  In February 2017, Ashley’s coworkers alerted the authorities when she did not show up for work two days in a row. So the police when to the apartment and found signs of disturbances- her phone and ID left behind, a baseball bat on the ground, and an unlocked door on arrival.

#Boulder DA to charge Adam Densmore with murder, tampering with a body in death of Ashley Mead https://t.co/rz7j5Vt3f6 via @mitchellbyars pic.twitter.com/sxfWB2QnZZ

Authorities traced the crime back to her ex-boyfriend, Adam Densmore. On the night of her disappearance, they found that he had called his father in Louisiana claiming that the couple had fought and he needed to crash somewhere. He took his daughter along with him.

When Densmore spoke to the police, he admitted that he had told Ashley that he hoped she would die. He then said that while it was the truth, he regretted saying it to her. On this phone call, the police were able to track and locate him, and soon, they arrested him for custody violation.  Once he was in custody, the cops backtracked his movement, where they learned that Densmore had stopped at a Walmart in Okmulgee, Oklahoma. Security footage then showed him stop at a gas station and opening the lid of a dustbin there.

It was inside this bin that they discovered Ashley’s torso, with all organs removed. While they expended all their resources into locating the other parts of the corpse, they did not locate anything. In his father’s house, the now-convicted Densmore had used an excessive amount of bleach in the bathroom, and bloodstains were also discovered in his own apartment.

Densmore was actually an alcoholic, and Ashley absolutely hated this. He had received a DUI in 2010, and also a parole violation the next year. Apart from this, he had also been charged with domestic violence for choking his ex-wife back in Louisiana. A charge of disturbing the peace is also evident on his record.

It is reported that Densmore was worried that Ashley wanted to keep their daughter away from him. However, many sources have said that he was very fickle-minded about raising his daughter, and would be there only when it was convenient for him. He did not even want to appear on her birth certificate, and would introduce her solely as “Ashley’s Daughter.”

The accused had even written about how he wanted to hurt her and noted, “I’m so tired of being tired of her. I’m so tired of her not seeming to give a good goddamn about me and wants and my needs.” Also, a week before the crime, Ashley had started dating someone else and informed Densmore of the same. With the evidence that was available, the police charged him with first-degree murder and domestic violence.

Where is Adam Densmore Today?

For the heinous crime, Adam Densmore was found guilty of first-degree murder for killing and dismembering his ex-girlfriend. Along with this, he was also convicted of tampering with a corpse, abuse of a corpse, and tampering with evidence. It awarded him a life sentence plus 12 years by Boulder District Judge Judith LaBuda.

"That's absolutely what he deserves," #Boulder District Attorney Michael Dougherty said after Adam Densmore was sentenced to life in prison — plus 12 years https://t.co/WrPFJDOaJY via @mitchellbyars pic.twitter.com/4lqxxScYEF

Though he was convicted for the crime, there are still many unanswered questions when it comes to the case, especially considering that they were never able to determine a cause of death due to the lack of the whole body. Ed Mead, Ashley’s father, asked Densmore for the other locations where he had buried her corpse. Unfortunately, he would never receive any closure as Densmore refused to respond.