Who Was Addie Munroe? 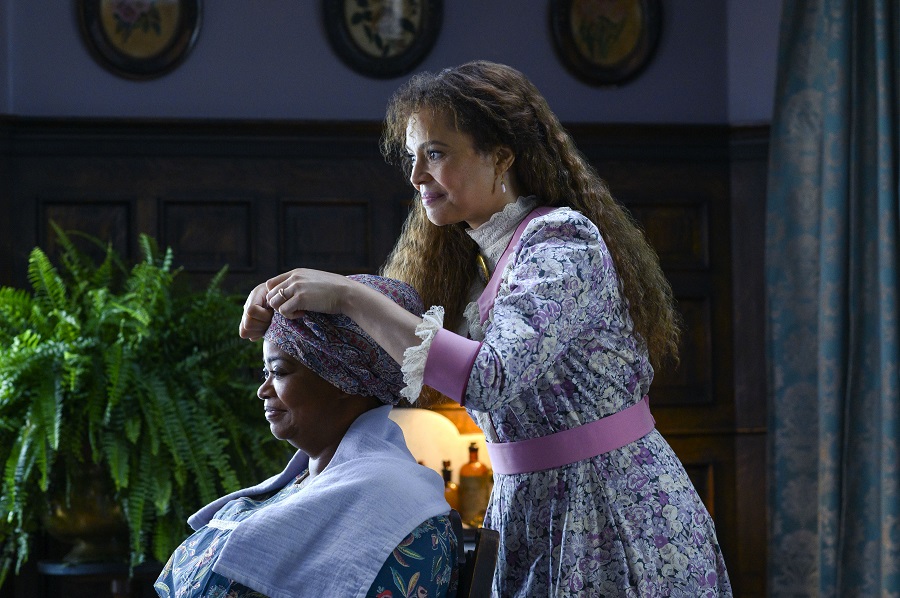 Netflix’s ‘Self Made’ follows the rags-to-riches story of Madam CJ Walker. However, she is not the only female entrepreneur in the story. Played by Carmen Ejogo, Addie Munroe is the lifelong rival that Madam Walker earns at the beginning of her career. If you’ve been wondering whether or not she was a real person, the answer is yes. Munroe’s character is based on a woman named Annie Turnbo Malone. As portrayed in the series, she was the one who found Sarah Breedlove, treated her hair and helped her get back on her feet. The series also focuses on the rivalry between the two. However, things didn’t exactly go down as dramatically between them as we witness in the show.

Who was Annie Malone?

Though the series presents her as a sore loser who can’t watch Madam Walker thrive while her own business suffers, in reality, things were very different. In fact, Annie Malone had a very successful business of her own and was, in fact, one of the wealthiest self-made women in the country at the time.

It was in high-school that Annie discovered a shared interest in chemistry as well as grooming and styling of hair. She developed her own product, calling it “Wonderful Hair Grower”. At first, she experimented on her sister’s hair, but soon took her talents to market and made a name for herself. Selling her products door to door, she started with St Louis and then moved to Denver in search of a better market. Her business flourished under the moniker of the Poro company, and soon enough she even started beauty colleges where she would train hairdressers.

The success in business didn’t follow her in personal relationships. She first got married to a man named Nelson Pope but divorced him after some time. She also had a fallout with Sarah Breedlove, who had been one of her best saleswomen, and the latter eventually went on to start her own business enterprise. Annie married again in 1914 and stayed in it longer as compared to the first one, but this too fell apart later, and the divorce cost her almost everything she had worked for.

By now, her net worth had already crossed the mark of a million dollars. A well-worked advertising campaign, conferences and touring are what led to the nationwide recognition of her product. She invested further in her business and started Poro College, where the students were not just trained in hairdressing, but also in the way they presented themselves. Eventually, she moved to Chicago, but trouble followed her there as well.

A former employer of hers filed a lawsuit against her company, claiming the credit for its success, something similar to what Addie threatens to do to Madam Walker after she discovers that Sarah had stolen her formula. She succeeded in settling the case and had to let go of a certain part of her property, but it was compensated for by her thriving business.

Through her business, Malone created thousands of job opportunities for African-American women, and through her philanthropy, she also contributed to various institutions and organizations, like the local black YMCA, the Howard University College of Medicine and the St Louis Colored Orphans Home, among others.

How did Annie Malone die?

Annie Malone suffered a stroke and died on May 10, 1957. She had no children and according to her will, her business and her riches were passed on to her nieces and nephews. The St Louis Orphans Home was renamed after her, now called Annie Malone Children and Family Service Centre. Despite being one of the most successful women of her time and seeing her business through tough times like the Depression, Malone’s greatness was overshadowed by Madam CJ Walker’s success story.