‘Prometheus’ left the viewers awed and shell-shocked. As Elizabeth Shaw flew into the stars with the android David’s remnants to meet the makers, known as the engineers, the curiosity kept increasing. ‘Alien – Covenant’ takes the story forward as we begin the journey to understand the myth behind ‘Alien’. Through this article, we attempt to decode the mystery behind the Engineers and the aliens. Please note that this article contains spoilers so if you haven’t watched the movie, you still have the time to go back! For others, enjoy the ride:

As the scene unfurls, we see a young Peter Weyland and an android in conversation. The android chooses the name, David, after the famous creation of Michelangelo. As Peter tells David about his duties to search for the creator of mankind, David curiously brings out one of the essential facts that he being a machine will live forever whereas his creator is mortal and will live until the laws of nature permit him to do so. We see a visibly unsettled Peter Weyland contemplating on David’s words as the now famous Alien credits starts rolling, to show the title of the movie. 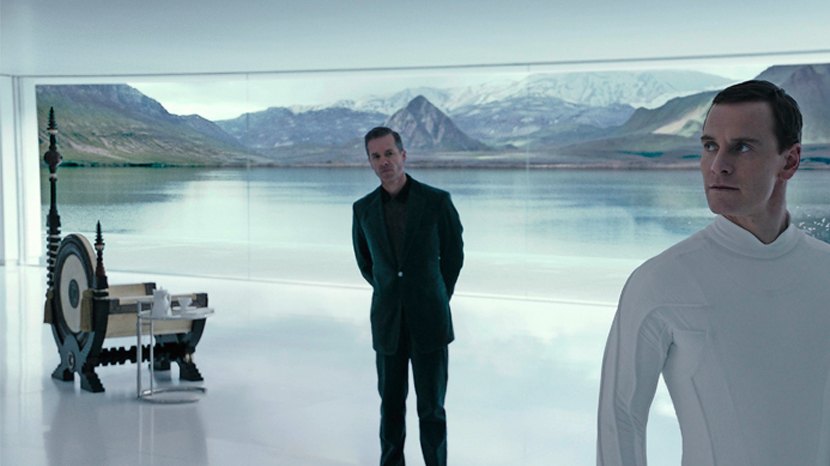 ‘Alien – Covenant’ starts ten years after the events of ‘Prometheus’, as we see a spaceship sailing for a newly discovered planet to set up a human colony. The inhabitants are a group of people, chosen for their individual skills, along with their partners. The ship also contains a shipment of human embryos and colonists in stasis. Thus the ship is aptly named Covenant, referencing Noah’s ark from the Old Testament.

The story begins with all inhabitants asleep in their cryo-pods while an android Walter mans the ship. Walter is an identical looking but advanced version of the android David from the ship Prometheus. An accidental burst of neutrinos puts Covenant into jeopardy waking everyone onboard. All come out of their pods except captain Jake who fails to get out from cryo-pod due to a malfunction. The crew quickly chooses the second in command of Oram as their captain and start to repair the ship which is damaged due to the burst. Suddenly they receive a peculiar transmission which resembles a human voice from a planet close to their location. Despite the protests from some of the crew, led by Jake’s widow Daniels, captain Oram decides to reroute to this new planet to investigate the source of the transmission. 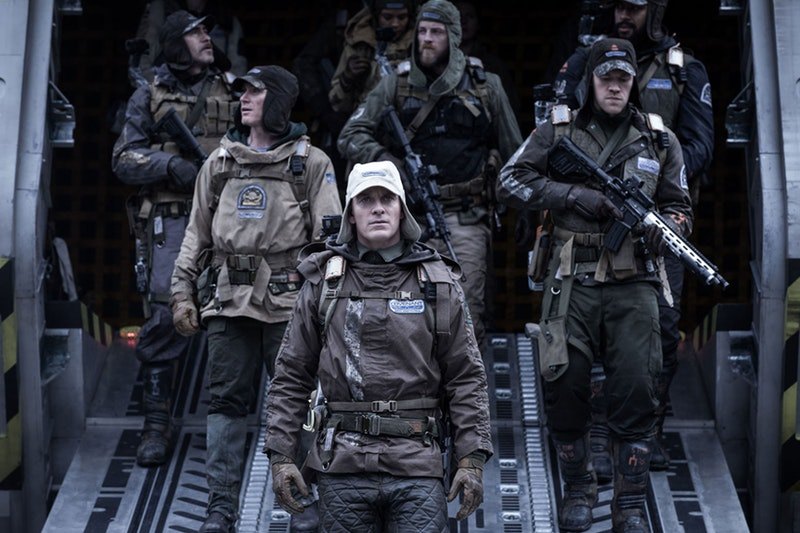 A small ship, carrying an expedition team sets course for the new planet, whereas the mothership remains in the orbit. The team divides into two groups where one group tracks the signal to a crashed spaceship and the other group consisting of two members starts investigating the landmass. We see certain biological organism infect one of them during the investigation and he falls sick. As his partner takes him to the ship, they are quarantined to the med bay, informing the other group. On the ship, a neomorph bursts out of the infected members and starts attacking the crew. While fighting it, the remaining member accidentally blows the ship.

In the meanwhile, the other group discovers the origin of the signal, as an old song and being transformed by a virtual entity resembling Elizabeth Shaw from ‘Prometheus’. Getting the distress signal from the ship, they try to get back to it, only to see it getting destroyed. One of their members, already infected by the organism, dies as another neomorph bursts out of it and starts attacking the group. The group tries to fights back but in the dark, they are overpowered by the neomorphs. Suddenly a mysterious cloaked man arrives to distract the neomorphs and takes the crew to safety. 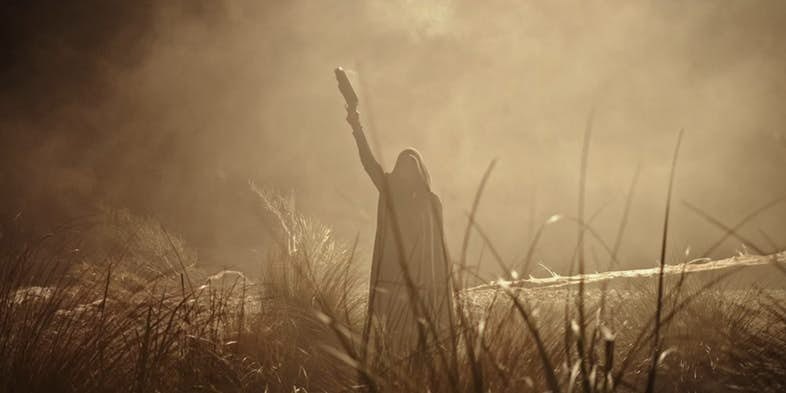 The mysterious man takes the group to a remote place, resembling an ancient temple where several dead bodies are strewn around. This man turns out to be android David from the ship Prometheus. He tells them about their doomed expedition along with Elizabeth Shaw who’s now dead. He explains the dead bodies are of the Engineers, the inhabitants of the planet who died due to an accidental leakage of the black substance. The group tries to connect to the mother ship, but fail to do so. One of the crew members is decapitated by a neomorph while cleaning herself. Captain Oram discovers David to be interacting with the neomorph and kills the creature. David takes Oram to his chamber and explains that the creatures are his creation. He tricks Oram into looking inside an egg-like organism from which a face-hugger attacks Oram. 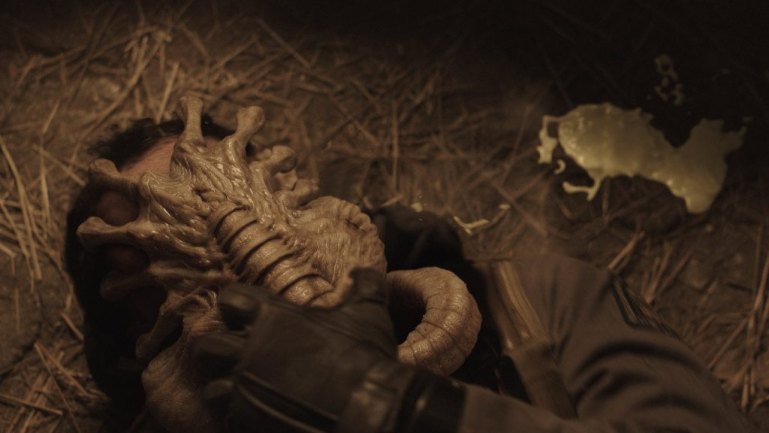 Outside, Daniels is able to contact the mother ship and ask for help. Walter, the android, being fascinated and suspicious of David pursues his search. He discovers the dissected corpse of Elizabeth Shaw and other materials pointing to everything being David’s handiwork. David reveals that it was his idea to kill the Engineers by discharging the black substance. He and Walter have a showdown. David appears to be on the top of the fight but eventually, Walter beats him being a technically advanced model. Rest of the crew gets attacked by the Xenomorph created from Oram’s body and try to leave the planet as the pilot from the mother ship tries to save them. After a rigorous fight with the creature, the remaining members go back to the mothership. As they reach the ship, they realize another creature is loose on the ship and is killing the members one by one. After a long fight, the creature is thrown to space as only Daniels, the pilot Tennessee and the android Walter remain from the original crew. 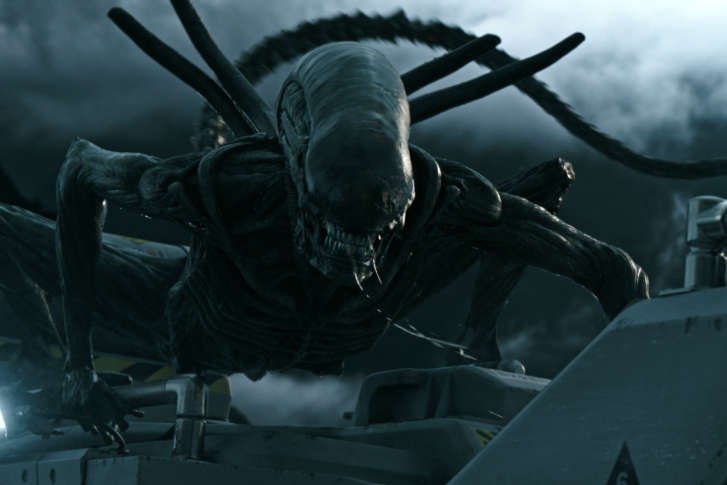 Covenant resumes its original journey. As Walter helps Daniels into the cryo-pod, she realizes that its actually David who has killed Walter and has taken his place. But it’s too late and she goes into stasis. David moves into the embryos chamber and places two face-hugger embryos into it and updates the ship log stating that the entire crew is dead except Daniels and Tennessee due to a neutrino blast and the ship is onto its course for the new planet. With the symphony of Valhalla Rising, the screen goes into black.

Now, time for some burning questions:

Why David killed the Engineers? 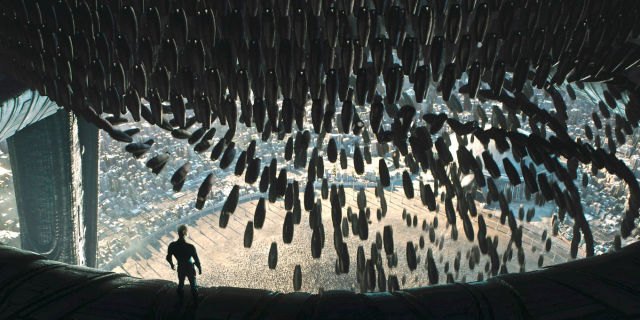 David mentions that while he traveled with Elizabeth to the home planet of the engineers, in the Engineers spaceship, he started learning about them. Gradually as he learned more, maybe he came across the disturbing fact that these Engineers wanted to terraform Earth with the black substance or wanted to create creatures using the black substance. David, already being in the knowledge of his superiority over the humans wanted to play God. Thus he decided to destroy the Engineers before he could create his own creatures.

How did Elizabeth Shaw die? 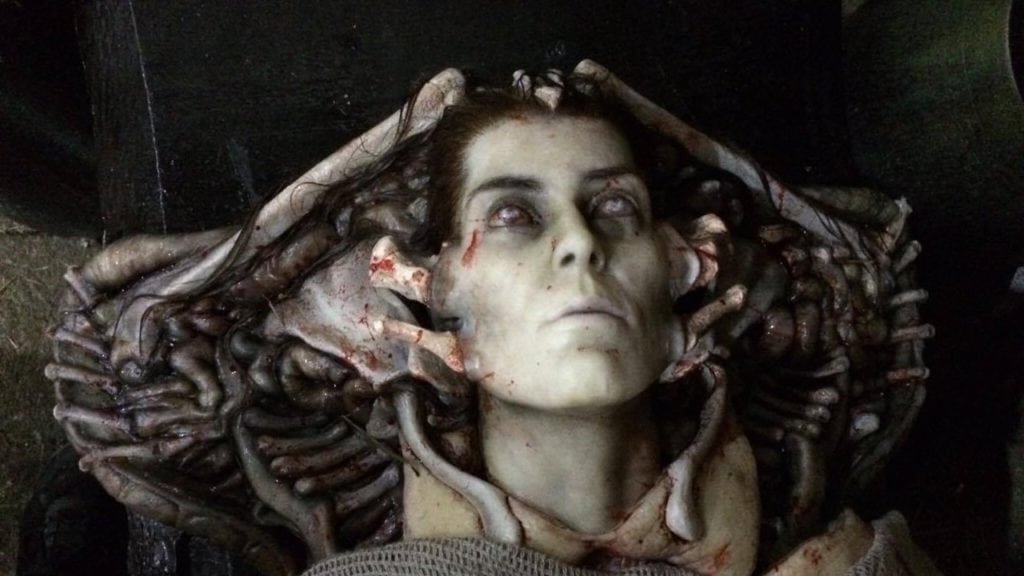 Elizabeth Shaw wanted to meet the makers of the mankind. She took David along with her, fixing him en-route. David on the other hand, being Frankenstein’s monster, had already planned to become the God. Though it is not made clear, it could be either Elizabeth dying a natural death and then David experimented on her body or David decided to kill her off by using her body as the birth pod of a neomorph. It should be noted that Elizabeth extracted a neomorph from her belly, in ‘Prometheus’. David used her body as part of his various experimental methods and crossbred many creatures after it.

What are these alien creatures?

In a way, these aliens are the precursors to the original Alien. These stories are set as the prequels to the original ‘Alien’ film and gradually it is moving towards it. There are predominately three creatures that we see in ‘Alien – Covenant’; A Neomorph, a Facehugger, and a Xenomorph. 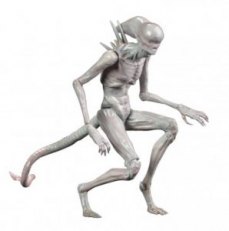 Neomorphs are created by the black bio organisms or spores via the air. They infect the host body and burst through the body. Pale in complexion structure, it does not have facial traits but is ferocious in nature. 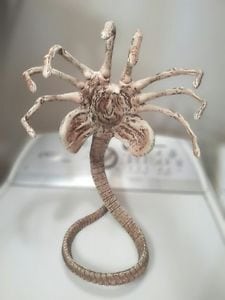 One of the most common aliens, these creatures attack the host by grabbing its face by its tentacle-like legs and remain hooked to it. Parasitic in nature, these creatures release alien organism inside the body and eventually die after some time. The organism then grows inside the host body, ultimately tearing it apart while it comes outgrown, known as the Chestburster. 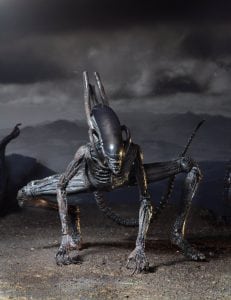 It is the fully grown up form of Alien. The life cycle of a Xenomorph starts in form of eggs inside a host body from where it bursts out as a Chestburster. Gradually it grows to be a 7-8 feet tall, long structure with a tail and a curved elongated head.

Director Ridley Scott explores many themes in the film. David, an android, his realization that he’s superior to his creator, a man is a retelling of Mary Shelley’s Frankenstein. Interestingly, Mary Shelley described her novel as a modern Prometheus. While on the planet, David is often shown to be a man of rich tastes, of knowledge. He recites the lines from the poem Ozymandias, written by Peter Shelley, Mary’s husband. Ozymandias is the tale of a dying civilization and through this, David shows his intent to finish civilizations and creating his own. David is shown as a person of contrasting emotions. He kills Elizabeth for his own need of experimentation yet he professes his deep love for her, having experienced her compassion as she had rebuilt him from the scratch. Even after he has killed her, he reminds her fondly, having built a burial place for her and placing flowers on her grave. David, though a machine, clearly showcases the vulnerabilities of a man, being ambitious and broken at the same time.

These are several fascinating things that make ‘Alien – Covenant’ an intriguing watch. The story continues with the soon to be made film in line, tentatively named ‘Alien – Awakening’.

Read More: Get Out, Explained