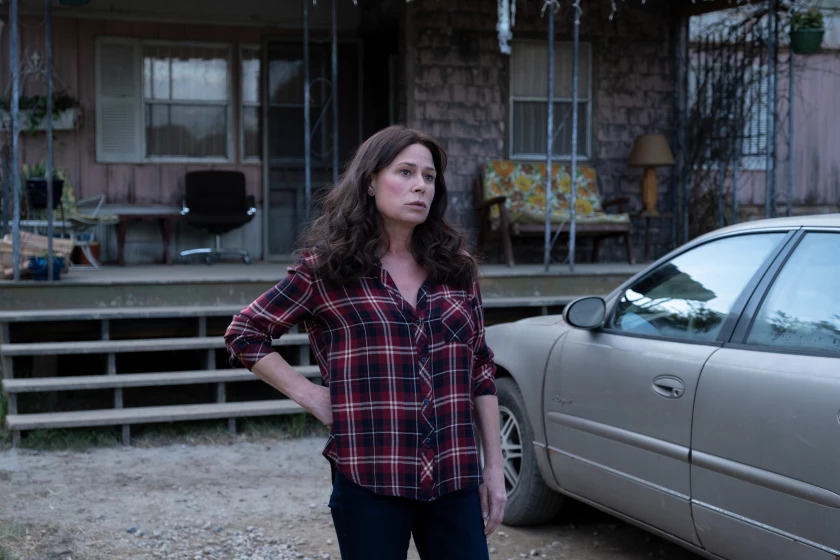 ‘American Rust’ is a Showtime crime-drama series set in the fictional town of Buell, Pennsylvania, where opioid abuse has become a pandemic. This sleepy town is rocked following the murder of the former police officer and resident Pete Novick. As the police chief Del Harris (Jeff Daniels) began investigating the crime, the town’s unity starts to fall apart amidst accusations and counter-accusations. Here is what you need to know about the ending of ‘American Rust’ episode 2. SPOILERS AHEAD.

Episode 2, titled ‘Happy Returns,’ begins with Lee (Julia Mayorga) returning to the town after her father Henry called her to inform her that her brother Isaac (David Alvarez) left home with $4,000. She finds her childhood home in complete disarray. It is revealed that she has been sending money to her father for the last few months so he can hire someone to help him. But he never did, and the responsibility fell on Isaac’s shoulders.

While the town still grieves for Novick, it prepares to celebrate the wedding of Jimbo Connelly and Katie Danek. Lee agrees to take her father to the wedding. Meanwhile, Harris and fellow police chief Frank meet the prosecutor to speak about the Novick investigation. The prosecutor instructs them to find out who made the anonymous call.

Later, Harris catches Billy Poe (Alex Neustaedter) watching the mill from a distance. A coded conversation ensues with neither stating that they are speaking about how to effectively hide the fact that Billy was present at the scene of the murder. Following Harris’ advice, Billy buys a new pair of shoes of different sizes and brand from the one he generally uses from a store in the neighboring town.

At the wedding, the bride’s father addresses Novick’s death in his speech before moving on to happier topics. Virgil (Mark Pellegrino) shows up with a much younger girl as his date. Inevitably, Billy and Lee run into each other at the wedding, and old emotions resurface.

Later in the evening, Billy discovers that Isaac hasn’t left the town yet when the latter comes to see him outside the wedding venue. Billy urges his friend to leave and use the money he took from his father’s house to go back to school. Before leaving, Isaac asks Billy if they will see each other again. Billy knows that he doesn’t have an answer to that question, so he just hugs his friend and tells him that everything will be alright.

After the wedding, Billy helps Lee take her father home, and they end up having sex. Elsewhere in the town, Grace sleeps with Harris. The following morning, Billy burns his old shoes and the clothes he wore the day of the murder.

American Rust Episode 2 Ending: Why Does Isaac Go Back to His Home? What Does He See?

As Billy tells Lee, Isaac wanted to get out of the town for a long time. After Lee left, taking care of their father became Isaac’s responsibility. Being the primary caregiver of someone can be incredibly challenging in the best of circumstances. And Henry doesn’t seem to be the easiest person to get along with. So, Isaac struggled until he couldn’t bear it anymore and left. However, he carried the guilt along with him, and it evidently amplified by whatever happened at the Mill.

After learning from Billy that his sister is in Buell, that same guilt likely brings him back to his father’s doorsteps so that he can return the money. But as he approaches his home, he sees Lee and Billy being intimate. He seems to feel betrayed by this and leaves. He finally answers a phone call from his sister and tells her that he is not coming back.

Isaac probably thought that Lee had come back for their family. But when he sees her with Billy, he starts to believe it is just part of a pattern. They will have a whirlwind affair that will end up hurting both of them. Lee will not stay in Buell for long as she has a life in New York. Meanwhile, Billy will suffer silently but never consider leaving the town. Unlike the English siblings, Billy seems to be entrenched in his sense of duty to his mother, and that’s not likely to change anytime soon.