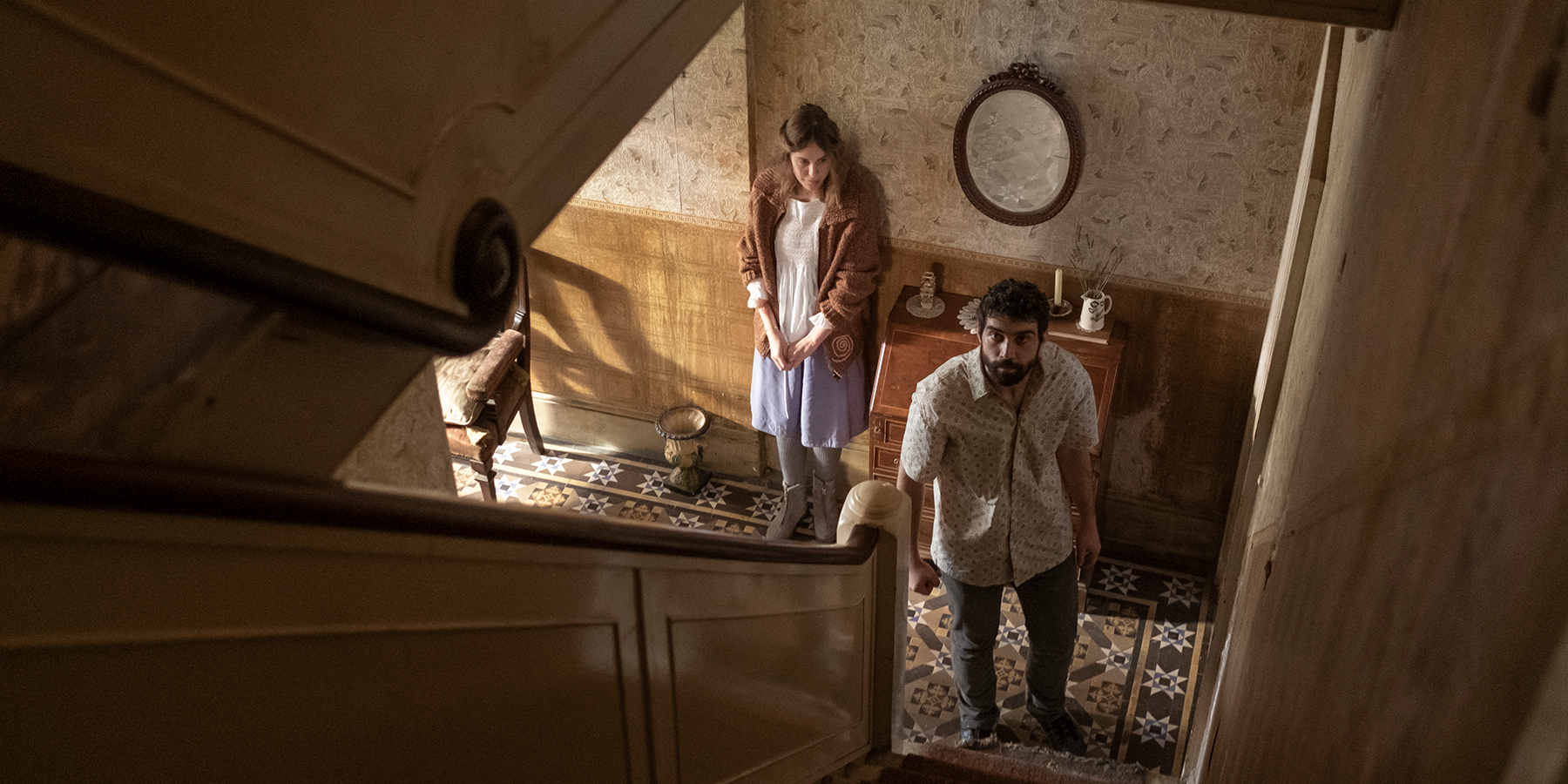 ‘Amulet’ is a British horror film that follows a former soldier, Tomaz, roaming homeless in London. He stumbles upon an empathetic and kind-hearted nun who puts a roof over his head, in exchange for helping her around the house. As he gets acquainted with the house, Tomaz encounters a fidgety young woman who has been staying in the house with her ill mother. Soon, he realizes that there is something far more rotten in the house than the walls and interiors.

British actor Romola Garai serves as the writer and the director of the film. Romola’s directorial debut has been lauded by the critics and the audiences for its intriguing plot coated with slow-building suspense, unsettling visuals, and brilliant use of phantasmagoria to elicit chills. The menacing and dreary setting leaves a lasting impression on one’s mind, even after they’re done watching the film. If you’ve experienced that and are looking for the locations where ‘Amulet’ was filmed? You’re in the right place!

The film was initially titled, ‘Outside’ before the director decided to roll it out as ‘Amulet.’ The movie was extensively shot in England, in the sovereign country of the United Kingdom. The principal photography began on November 2, 2018, and wrapped up on December 7, 2018.

The scary attic scenes were shot at the Wimbledon Film & Television Studios. The famous production studio is located in Colliers Wood, between Mitcham and Wimbledon in South London. Here’s a picture of the cinematographer Laura, working her magic along with her crew.

The production designer, Francesca Massariol, and her team erected an attic to serve as a part of the dilapidated house Tomaz lives in.

A few scenes were also shot in the town of Kingston, Tooting, and the London Borough of Wandsworth in the southern and south-west parts of London.

Located in southwest England, the stunning landscapes of Devon, also known as Devonshire serve as the backdrop for several scenes in the second half of the film. For the third act of the film, the production unit moved to Dartmoor in southern Devon.

Despite the challenging weather, the Director of Photography, Laura Bellingham, and her team managed to shoot the sequences by using filters and different shooting styles. The spine-tingling scenes towards the end, where Tomaz faces his fears in the creepy woods filled with towering trees was shot in the upland area of Dartmoor and the Dartmoor National Park in Devon.

A few scenes were also shot at a quaint village of Dunsford, situated in the Teign Valley, within the Dartmoor National Park. Yelverton, a village situated on the south-western part of Dartmoor was used as a filming site for one or two scenes, along with the Bellever Forest.