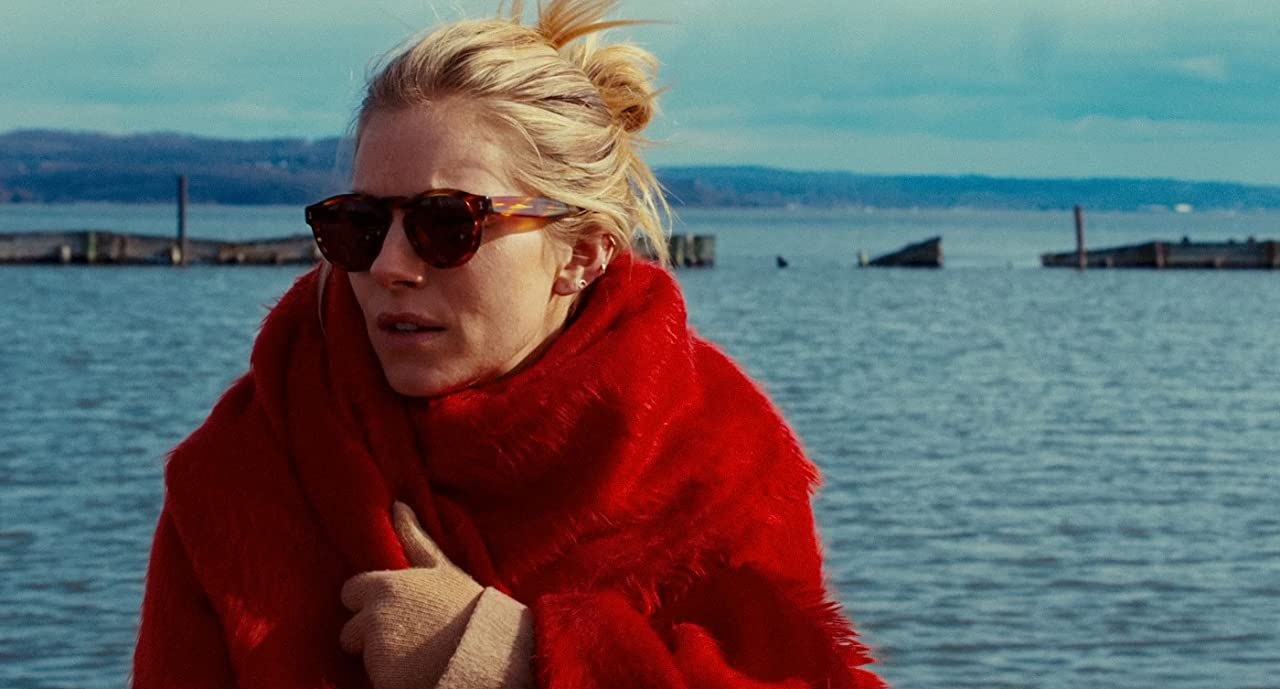 ‘An Imperfect Murder,’ originally titled, ‘The Private Life of a Modern Woman,’ is a film written and directed by James Toback. Sienna Miller stars as Vera, an actress dealing with strenuous moments in her life. Her encounter with an ex-boyfriend, Salvatore, turns ugly, upon which he is accidentally killed. Vera navigates through the repercussions of her actions, and on the following day, meets with her family and other people loosely related to her life.

With a run time of about 70 minutes, ‘An Imperfect Murder’ is a somber reflection of a person’s capability to do unexpected deeds when pushed to their limit. The film is interspersed with Vera’s voice-overs taking us deep into her mind’s machinations. The minimalistic approach paired with verbosity makes ‘An Imperfect Murder’ a short yet invigorating ride through its confined settings. The disjunctive conversations made us look into the film’s subtleties. Here’s what we found out. SPOILERS AHEAD.

Vera is an actress residing in her New York apartment. She is visibly disturbed in her sleep and wakes up in the aftermath of a nightmare. Vera dreams that her ex-boyfriend, Salvatore, visits her and asks her for his money. Salvatore gets very rude and threatens her with a gun. In the ensuing confrontation, Vera accidentally shoots him dead. As it turns out, the dream was a reflection of reality: Vera had indeed murdered her ex-boyfriend in the same situation. Vera dumps Salvatore’s body in the river after packing it up in a trunk.

Vera is then visited by a friend, who wants to discuss his thesis about Dostoevsky and Dickens. She is visibly flustered by the nightmare and is unable to hold a proper discussion with him. As she recuperates from her waywardness, she jots down her feelings in a stream of consciousness. Subsequently, Vera is visited by Franklin (James Toback), who seems to be interested in her mental state and starts a probing conversation.

After Franklin goes away, Detective McCutcheon (Alec Baldwin) pays her a visit to inquire about the whereabouts of Salvatore. Vera is flummoxed by the detective but manages to hide her emotions. Detective McCutcheon is then seen leaving Vera’s apartment and walking away. In the evening, Vera sits down for dinner with her mother and her aging grandfather, who has Alzheimer’s. Carl Icahn also meets her later when her family members are gone. It is in these conversations with different characters that we can see Vera’s state of mind.

An Imperfect Murder Ending Explained: Does Vera Come to Terms With Her Actions? 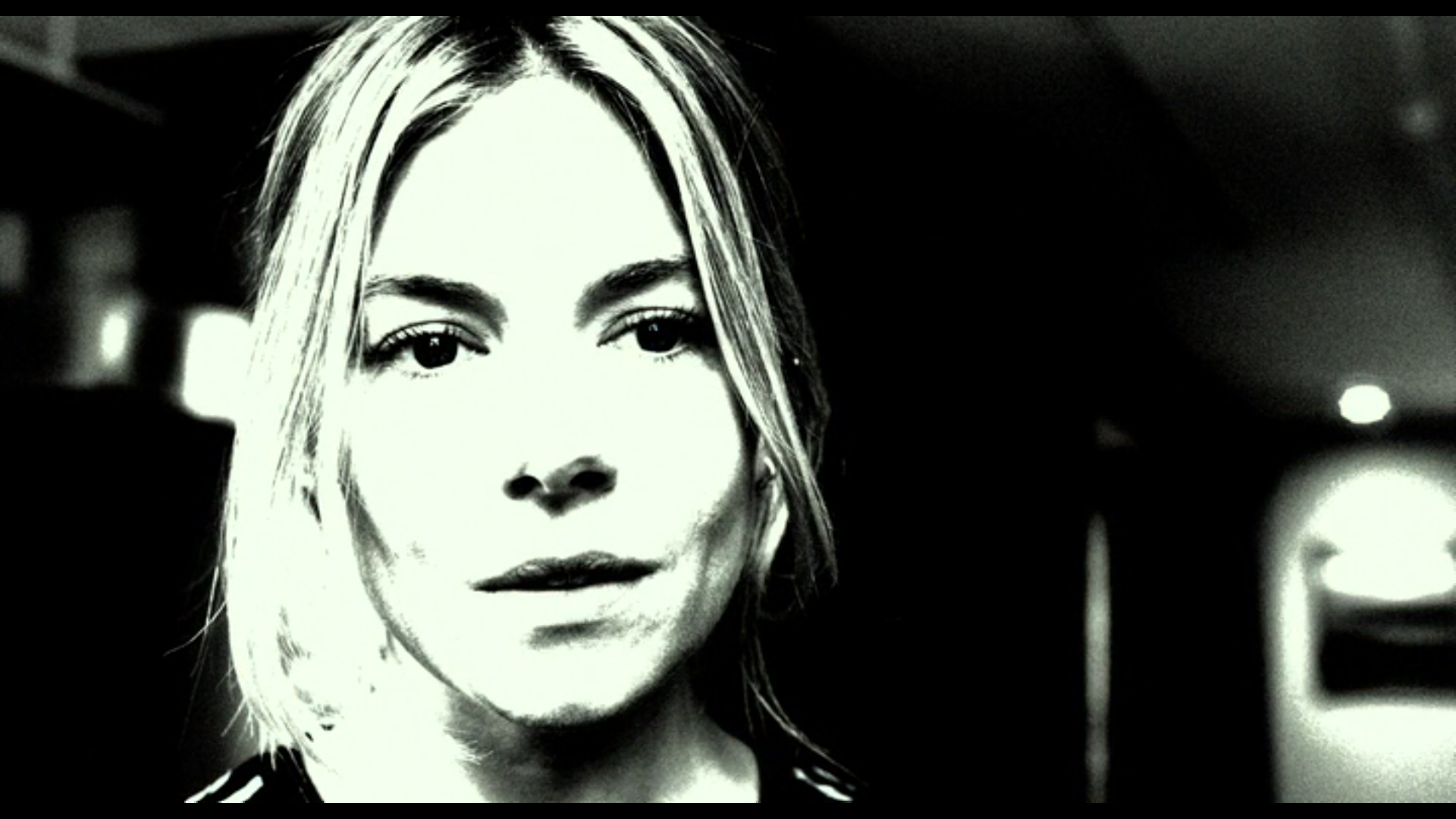 In the end, we see Detective McCutcheon outside Vera’s apartment. Vera seemingly comes to terms with her actions but is flustered at the sight of the detective. By navigating through the conversation with the people that visit her, she tries to justify the murder she commits to her own self. In a voice-over, Vera says that she doesn’t want to be judged by twelve strange men but rather by herself. It is a conflict that keeps her pre-occupied. Fueled by it, she manages to write her feelings down after self-introspection. Even though she surpasses her guilt, the fear of being caught is reflected on her face at the detective’s sight.

What Does Franklin Know About Vera?

Franklin’s interaction with Vera is interspersed with flashbacks of her disposing of Salvatore’s body. Franklin’s deeply probing questions give a psychological angle to Vera’s thoughts. Franklin is apparently able to gain insight into Vera’s internal struggles just by sight. According to him, an empty bottle on Vera’s table reflects the emptiness of her soul. An abrupt cut takes us into the past, where we find that Salvatore used the same bottle. By intercutting through these specificities, the film gives us a suggestive viewpoint that Franklin, perhaps, has some idea about Vera’s current state. 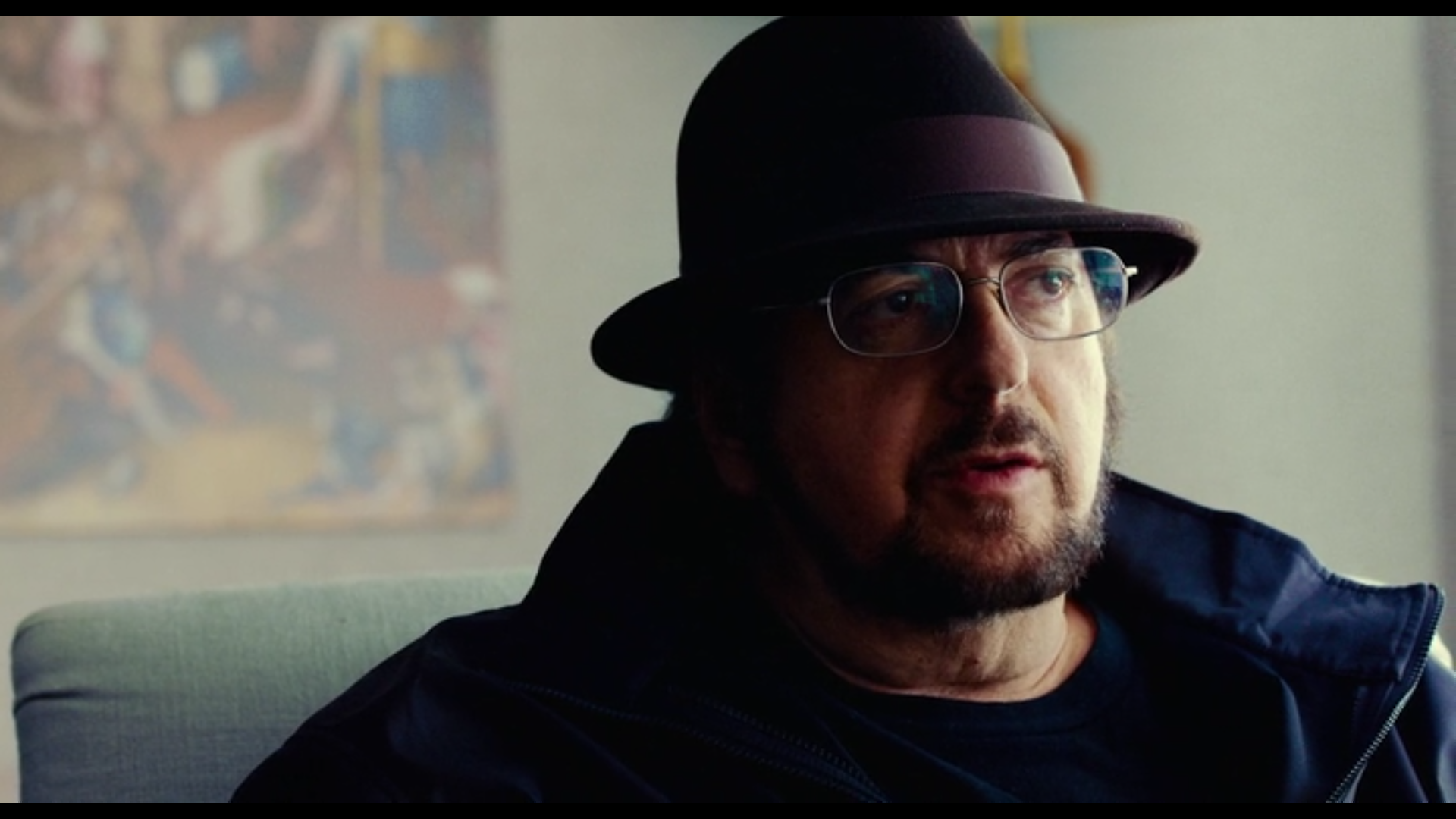 However, she points out that Franklin’s stare is making her uncomfortable. The camera lingers on her face for a moment, and we can’t help but resonate with Franklin’s penetrating gaze. Even though Franklin seems to have an idea about Vera’s disturbances, it can be safely assumed that he is oblivious of the accidental murder. Franklin’s condescension makes Vera awkward, and she further withdraws into her thoughts.

Does Detective McCutcheon Solve the Case?

Detective McCutcheon visits Vera in her apartment, stating that his partner has also come along with him. He asks her for an autograph for his daughter and then proceeds to ask Vera some incisive questions. Vera is surprised at his visit but holds her charade together. She lies about the fatal confrontation with Salvatore only to find out that he was under telephonic surveillance. Detective McCutcheon puts Vera in a tight spot through his inquisitiveness but cannot coax the truth from her. 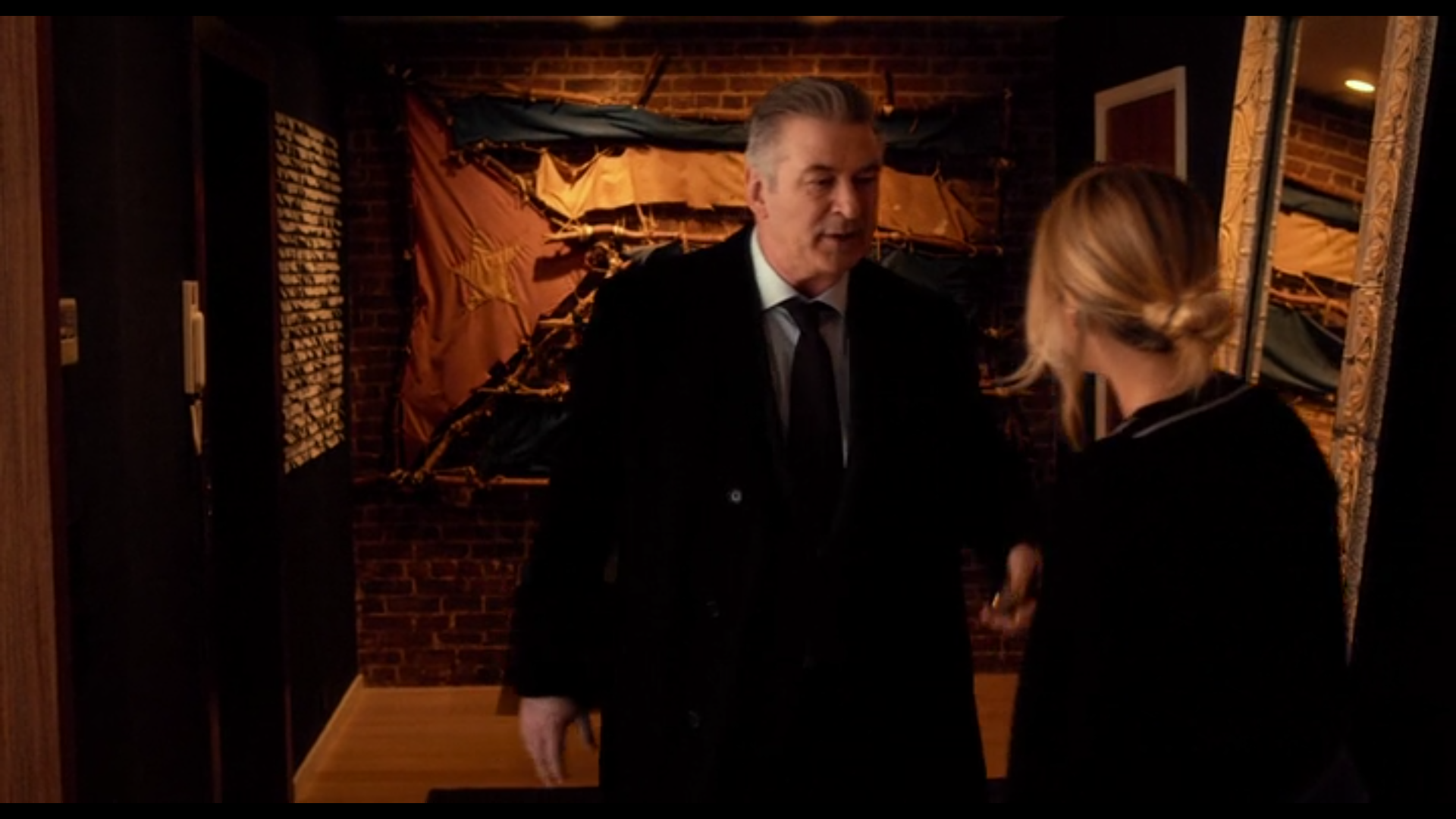 The scene where McCutcheon comes back after apparently leaving the apartment catches Vera off-guard. Perhaps, the detective, owing to his job’s nature, is wary of the trials and tribulations of a seemingly placid visage. Vera also shows her clever observation skills, as she sees through the detective’s lies about him coming with a partner and that he has a daughter. This little interaction signifies that Vera’s act is yet to be ascertained by McCutcheon.

What Does the Painting in Vera’s Apartment Signify?

The title sequence of the film shows a grand painting with weird figurines that recurs throughout the film. The painting is actually a triptych named ‘The Garden of Earthly Delights’ by the surrealist Danish painter, Hieronymus Bosch. Bosch’s weird landscape, scattered with hedonistic images, contains within itself the possibility of unchaste behavior under the influence of circumstances. It is perhaps symbolic of Vera committing an accidental murder, an act done in an adrenaline rush. 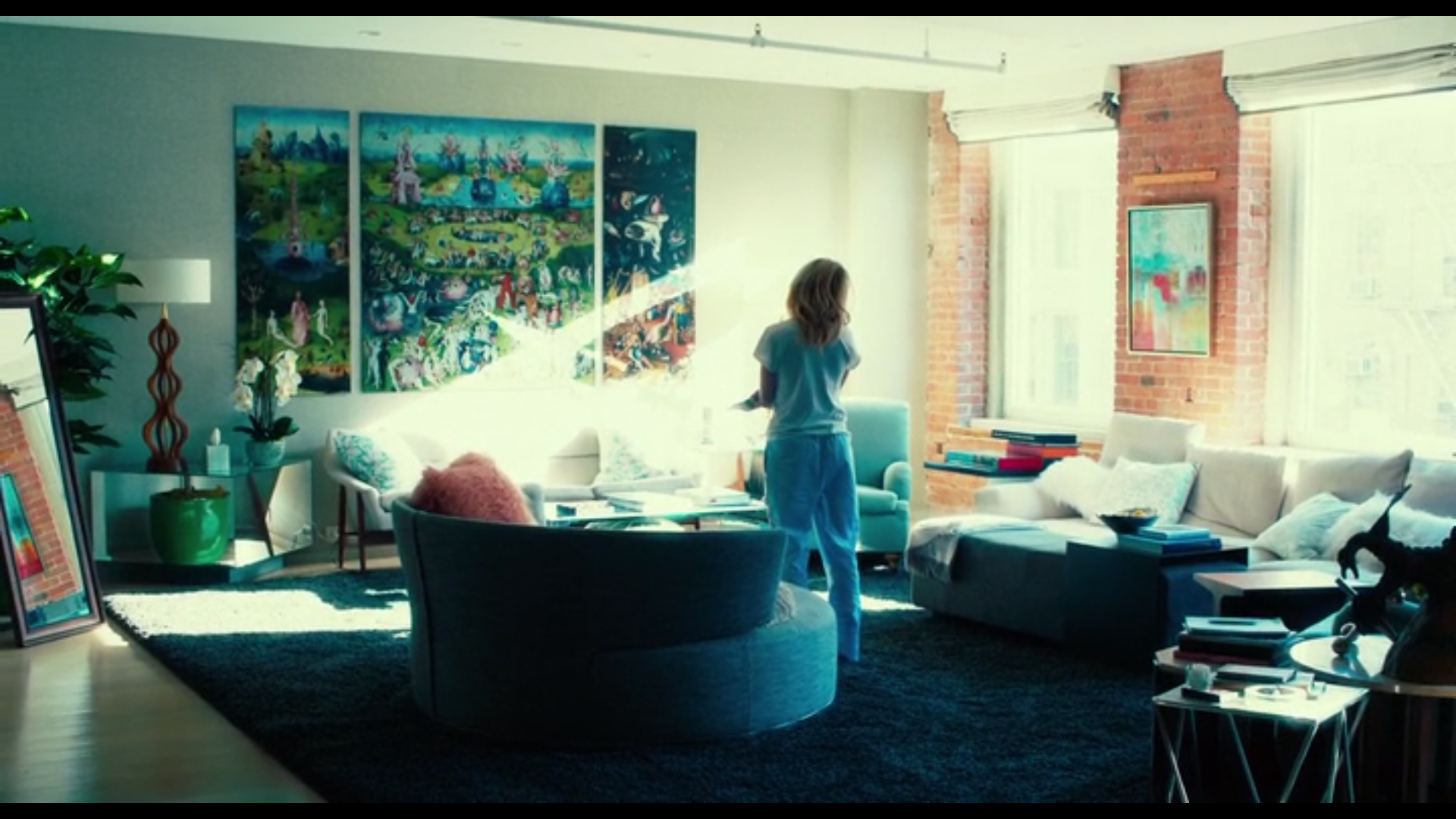 Throughout the film, Vera writes down her feelings in a stream of thought, which tells the viewer that she no longer feels guilty after committing the murder. She even questions her mother about if she had traits of violent behavior in her childhood. Her mother vehemently denies it. The denial perhaps absolves Vera of the guilt, as she finds a way to calm herself. ‘An Imperfect Murder’ is about Vera and her quest to ground her existence amidst a violent act.