Review: ‘Anaarkali of Aarah’ Deserves All the Love 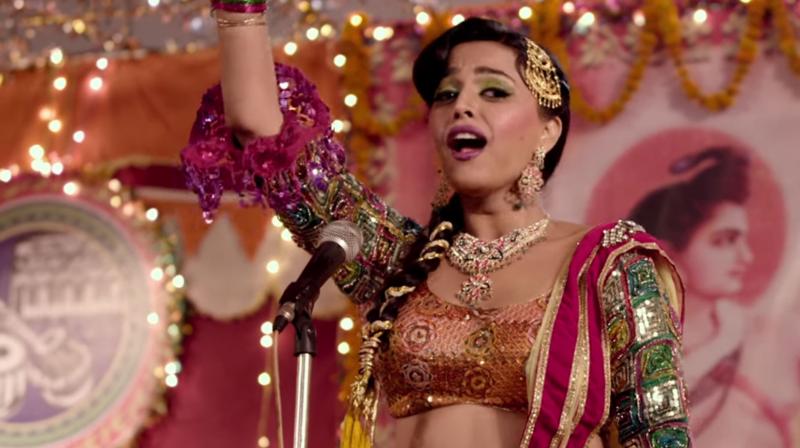 Anaarkali of Aarah (AoA) is a raw and veracious representation of the unruly smut-craving; rampant in the “alpha males” of the hinterland and the subsequent indecency which often gets repudiated by the masses as well as the authorities as a mere occupational hazard. Even though the film sets its central character and the story in the town of Aarah in Bihar, not in the least will it be an exaggeration if I went on to say that the film reflects quite a lot about the disposition of the red-blooded half of the society in general (and not just the remote areas). We may not admit it openly but we definitely have come across an Anaarkali in some or the other capacity – in local melas of small towns, on YouTube, in college groups on WhatsApp, in celebrations grand and modest etc. No one can claim absolute unawareness. We do know them, have watched them in public or in close confines of our smartphones – deleting only after watching; knowing too well what it contains or may be even favouriting for further consumption – but are too scared or should say civilsed to admit. This is the story of so many Anaarkalis who are familiar with the real face of the society and still sign up for the next show only to put food on the table.

AoA is a classic example of the fact that our country is a rich reservoir of riveting stories waiting to be told, all you need is a keen pair of eyes. For a maiden venture, debutante Avinash Das has surpassed expectations with his authentic story as well as skilful direction. He develops the entire tale around a character similar to Billo Chamabahar and pays homage to Vishal Bhardwaj and ‘Omkara’ through Anaarkali. The gifted lyricists (Ravindra Randhawa, Dr. Sagar, Ramkumar Singh) Das recruits make the film even more grounded in reality because the extremely suggestive lyrics play a crucial part too. The detailing of the story is handled with precision (for instance, at the end of a chase sequence, Anaarkali walks with a broken slipper in one hand). Das keeps the intent of the story alive at all times and never goes on to sell vulgarity for quick bucks. The struggle for justice remains the focal point and not the violation out of which it arises. It seeks an innocent liberation for its titular character and gradually achieves it by the time the credits roll.  With a subject like this, AoA has its inevitable share of unsettling content and conversations and it doesn’t fall under the category of comfortable viewing but once you manage to travel beyond the casual cringe-and-snigger, the payoff is deeply rewarding.

Talking about the characters Das has etched and the cast he has handpicked for it, they are as real as one can achieve. Swara Bhaskar plays Anaarkali – a betel-chewing, attention loving, unabashed entertainer who sets the record straight by saying that she isn’t Virgin Mary. Pankaj Tripathi plays Rangeela – a ruthless yet sensitive pimp rendered helpless due to the risk of losing business. Sanjay Mishra dons the role of VC – a testosterone-crazed, poetic fox who always wears pants with the fly open.

Das never gets caught in the conventional tropes of storytelling and refrains from providing closure to each and every character he carves. His characters gently contribute to the main story and surreptitiously retreat when the time is right.

In terms of performances, AoA consists of some extremely memorable ones. Swara effortlessly exchanges personalities with Anaarkali and not for once loses her rhythm. Remember how Vidya Balan floored everybody with ‘The Dirty Picture’? Swara’s explosive performance as Anaarkali falls in that pantheon. She comfortably puts on the garb and tone of Anaarkali – despite the character being extremely bold – and never compromises with the story’s vision. Her undaunted demeanour in front of her exploiters inspires our faith in the objective she sets out to achieve.

Pankaj Tripathi plays Rangeela with an infectious sincerity only he is capable of. One of the most underrated actors in today’s time, his dedicated and subtle performances need to be underscored as often as possible. Simply put, Rangeela redefines “real”. Sanjay Mishra plays VC with the unaffected charm he is known for. He makes VC deplorable as well as funny – all at the same time. Another splendid performer among these players is Ishtiyak Khan (the auto driver/singer from ‘Tamasha’). He is winsome as Haniman.

In a nutshell, ‘Anaarkali of Aarah’ firmly establishes the fact that there is a stark difference between entertainment and entitlement and it will be better if men learned it sooner. This film deserves as much love as it can amass and then maybe some more.