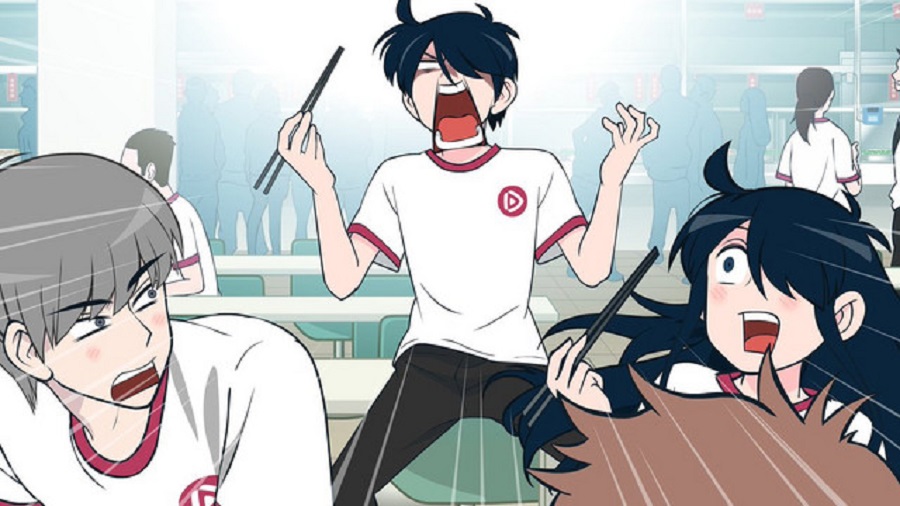 In the world of anime, China has been producing some gems lately and though most Chinese shows heavily rely on their CGI-based action and historic references to lure a certain audience, ‘Ani ni Tsukeru Kusuri wa Nai’ dwells in a whole new genre where Japan’s influence is already prevalent. But unlike most Japanese anime that heavily romanticize their high school characters and use the same old tried and tested slice-of-life approach, this one—with a similar high school setting—defies the norm and focuses more on the relationship between two siblings.

Since it’s of Chinese origin, undoubtedly, it comes from a relatively lesser-known Studio and it is not at all as popular as it should be. In addition to that, probably because of the budgetary constraint of its creators, each of its episodes only lasts for 3 minutes. But beyond a shadow of a doubt, ‘Ani ni Sukeru wa Nai’ is by far one of the best Chinese anime shows of today and in context with most of its key elements, it very well comes in par with similar Japanese shows.

For the most part, ‘Ani ni Tsukeru Kusuri wa Nai’ makes no attempts to drift away from offering some good quality humor and time and again, it also blends this with some heartfelt moments that built up quite subtly. Its short runtime not only allows it to have a very crisp and straight forward storyline but it also makes you crave it even more. Even the art style, though quite simplistic, it focuses on bringing color to its characters and adds to the overall cheerful vibe of the series.

At the end of the day, it is the kind of anime that remains true to its word and offers exactly what is expected from it. With little to no character development, it lacks an overarching plot but still manages to make you laugh. Because of how basic it is, not everyone’s going to enjoy it but others, who can appreciate it for its quaint and endearing themes, will be left with anime that perfectly encapsulates the love/hate dynamic between real-life siblings. I would highly recommend it to all anime viewers out there, especially the ones who are sick of the bizarre incestuous approach that most shows take these days.

As of now, ‘Ani ni Tsukeru Kusuri wa Nai’ is not available on any well-known anime streaming platforms but you can still watch it youtube with its fan-made English dubs.

Unlike most high school anime shows, ‘Ani ni Tsukeru Kusuri wa Nai’ is not about a high school romance or harem, instead, it focuses on the lives of two teenage siblings whose relationship is constantly being tested.

Shi Miao, the protagonist, absolutely despises her brother but she is still who is lazy and cannot be depended on. Shi Fen, her brother has a knack for causing trouble all the time and hates it when his short-tempered sister always interferes. But despite all the trials and tribulations that their relationship goes through, they are still forced to rely on one another when they get into any kind of trouble. With 3-minute episodes, ‘Ani ni Tsukeru Kusuri wa Nai’ ia all about the ups and downs that the siblings face because of each other’s ridiculous antics. But at the end of the day, they always realize they truly care for one another.

Shi Miao is the main female character of the show who hates her brother’s lazy outlook towards life. Unlike him, she is hardworking, earnest and hates listening to his lethargic rants about how she should take it easy. Because of their polarizing personalities, the two of them often get into violent fights and when that happens, regardless of where they are, they don’t hold themselves back from embarrassing one another.

Shi Fen is the main male protagonist of the series who is always laid back about everything but he still manages to get in trouble all the time. Unlike his sister, he never really bothers working hard with anything and does not even get angry too easily.