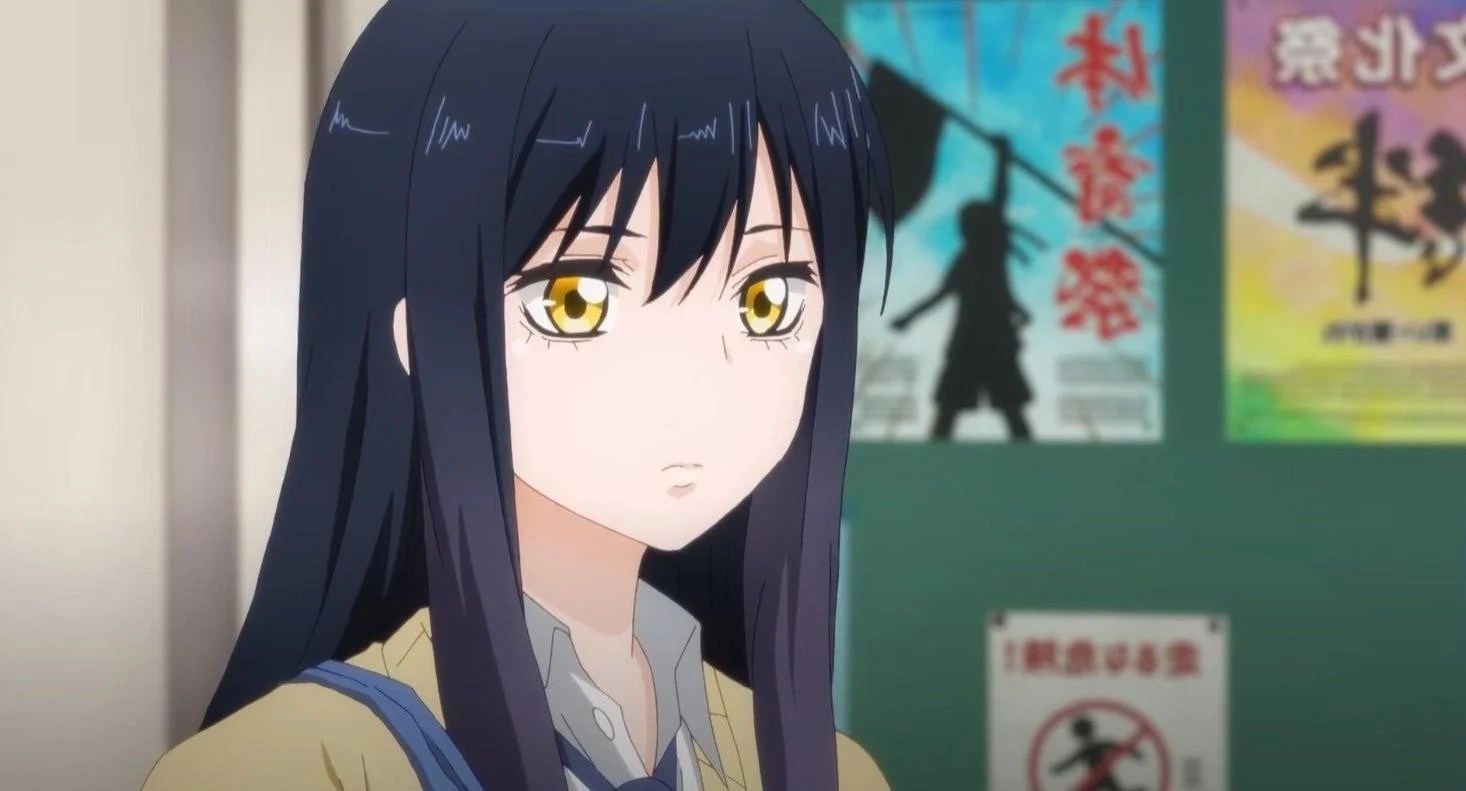 Passione studio’s ‘Mieruko-chan’ follows Miko Yotsuya, an ordinary school-going girl who somehow acquires the ability to see horrific monsters wandering around her. Although the frightening reality is overwhelming for her to deal with, she soon realizes that the best course of action in her situation is to ignore the ghosts following her. It marks the beginning of Miko’s struggle with the disturbing reality, but she eventually finds ways to make the best use of her newfound ability for the greater good.

‘Mieruko-chan’ is one of those horror anime that keeps you on the edge of your seats in each episode, so once you watch it, it’s natural for you to look for more anime like it. Therefore, we have compiled a list of shows that fans of the series will definitely enjoy. You can watch most of these shows like ‘Mieruko-chan’ are available for streaming on Netflix, Hulu, Crunchyroll, Funimation, or Amazon Prime. 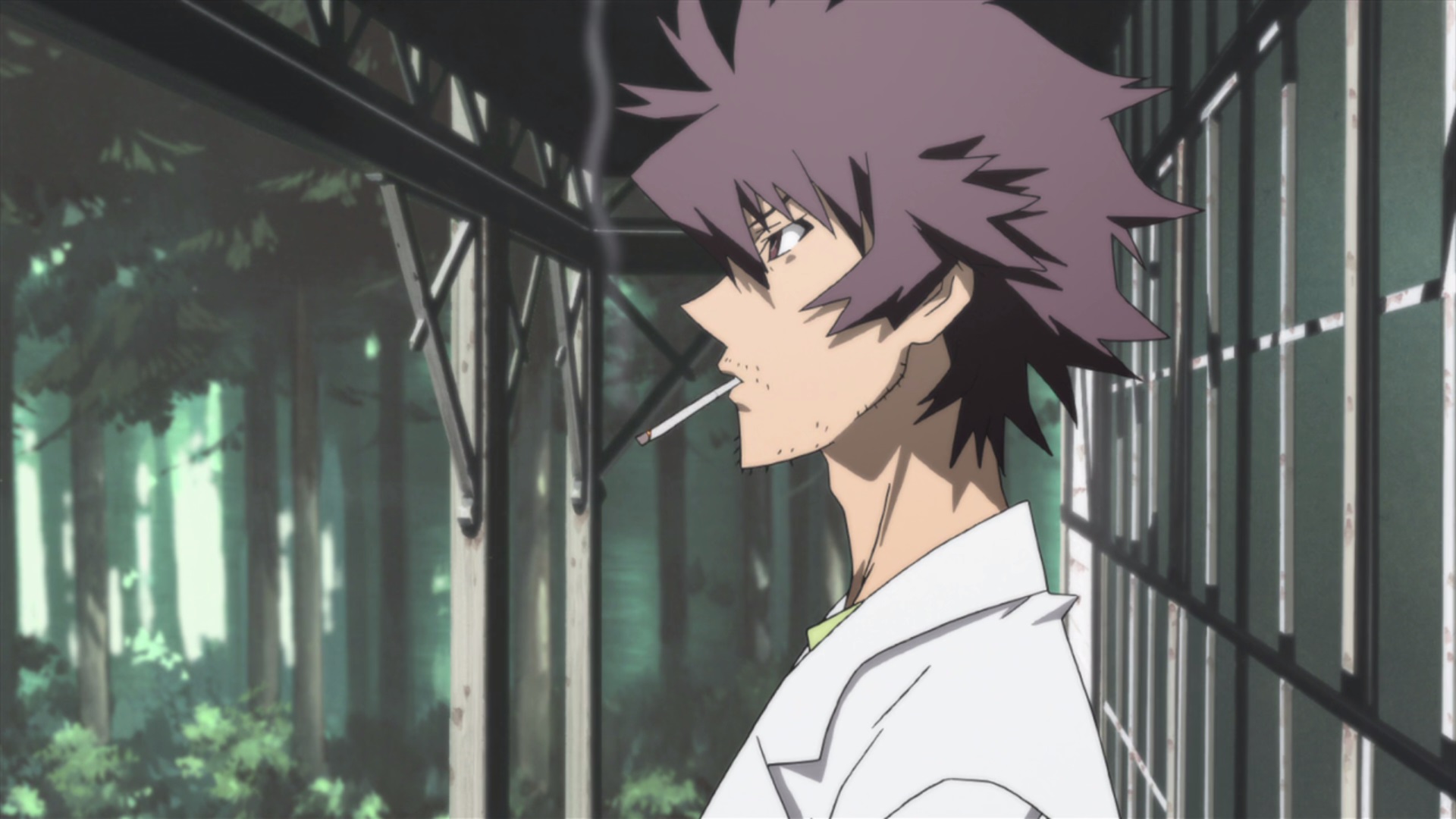 The fate of the small town of Sotoba changes when the dead body of Megumi Shimizu, a young girl, is found. In the weeks that follow, dead bodies begin to pile up, alarming Toshio Ozaki, the village doctor, that some sinister forces are likely at play, and it can’t just be some disease. Together with Megumi’s friends Kaori and Akira Tanaka, along with Natsuno Yuuki, the doctor tries to get to the bottom of the things only to find clues that lead him to the Kanemasa mansion.

Although ‘Shiki’ has very few similarities with ‘Meiruko-chan,’ it manages to keep viewers on the edge of their seats with its captivating storytelling and therefore is one of the horror anime that fans of the genre should definitely watch. All the episodes are accessible for streaming here. 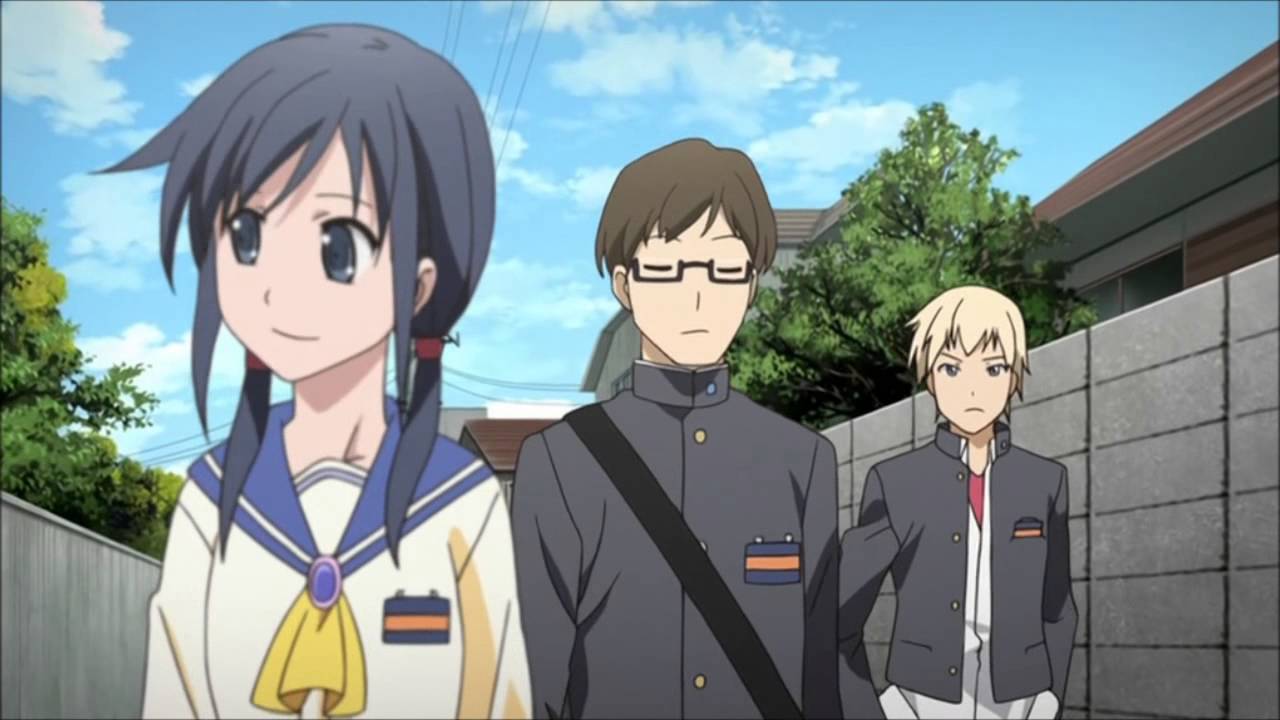 Nine students of the Kisaragi Academy perform an innocent ritual to bid farewell to a friend unbeknownst to its far-reaching consequences. The charm unknowingly connects their own school to the Heavenly Host Academy, which was destroyed following a series of unfortunate events. After getting trapped in an alternate dimension, the student must now struggle for their lives as ghosts of the past continue to haunt them. The anime is a good horror show that keeps viewers guessing, just like ‘Meiruko-chan.’ You can watch it here. 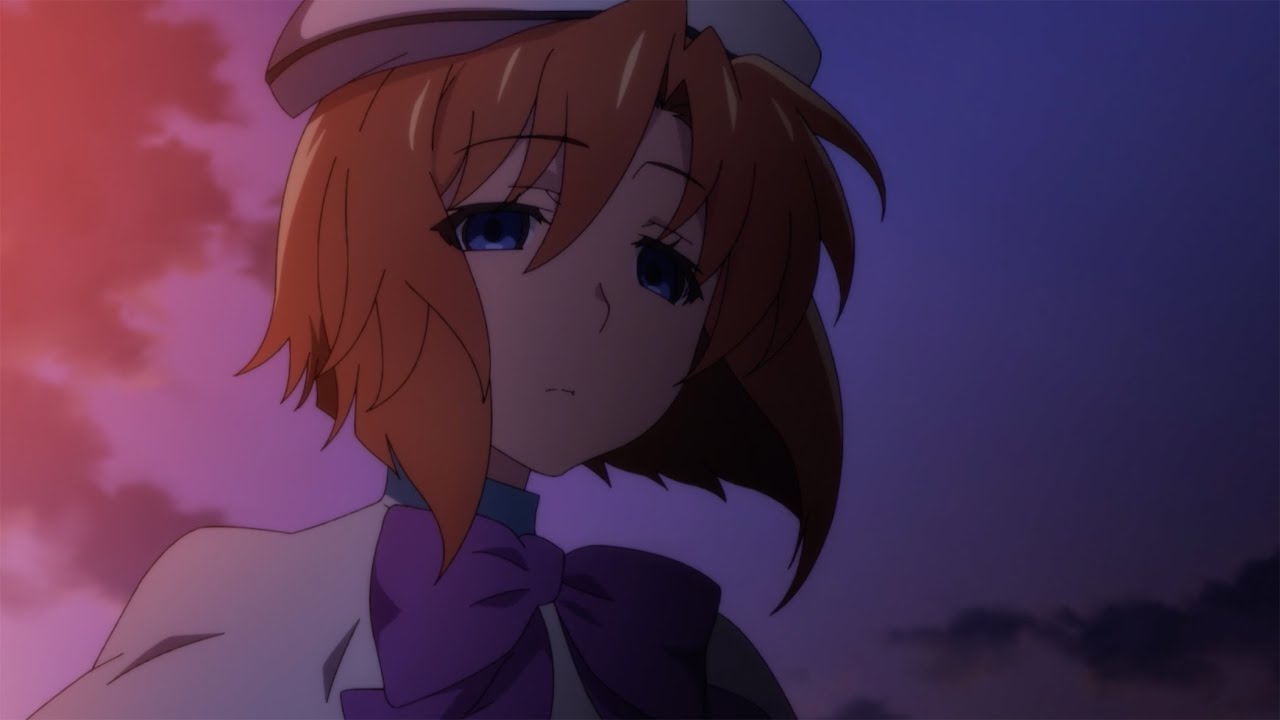 In the summer of 1983, Keiichi Maebara moves to Hinamizawa, a beautiful little village where he soon becomes friends with Satoko, Rena, Mion, and Rika. All of them study in the same school, and on the surface, it seems that the village life is going to suit Keiichi. However, as the preparations for the annual festival begin, it becomes evident that Hinamizawa is not the peaceful village it appears to be, and all of Keiichi’s efforts to find the dark side of the region fail miserably as his new friends refuse to give him any useful information.

‘When They Cry’ recounts the story of a school-going protagonist who is desperate to learn the dark secret of the supernatural entities around him, quite like Miko from ‘Mieruko-chan.’ While the dynamics may differ, the theme remains the same, so we recommend fans of the latter to add ‘When They Cry’ to their watchlist. If you plan to watch the anime right now, then you can find all the episodes here. 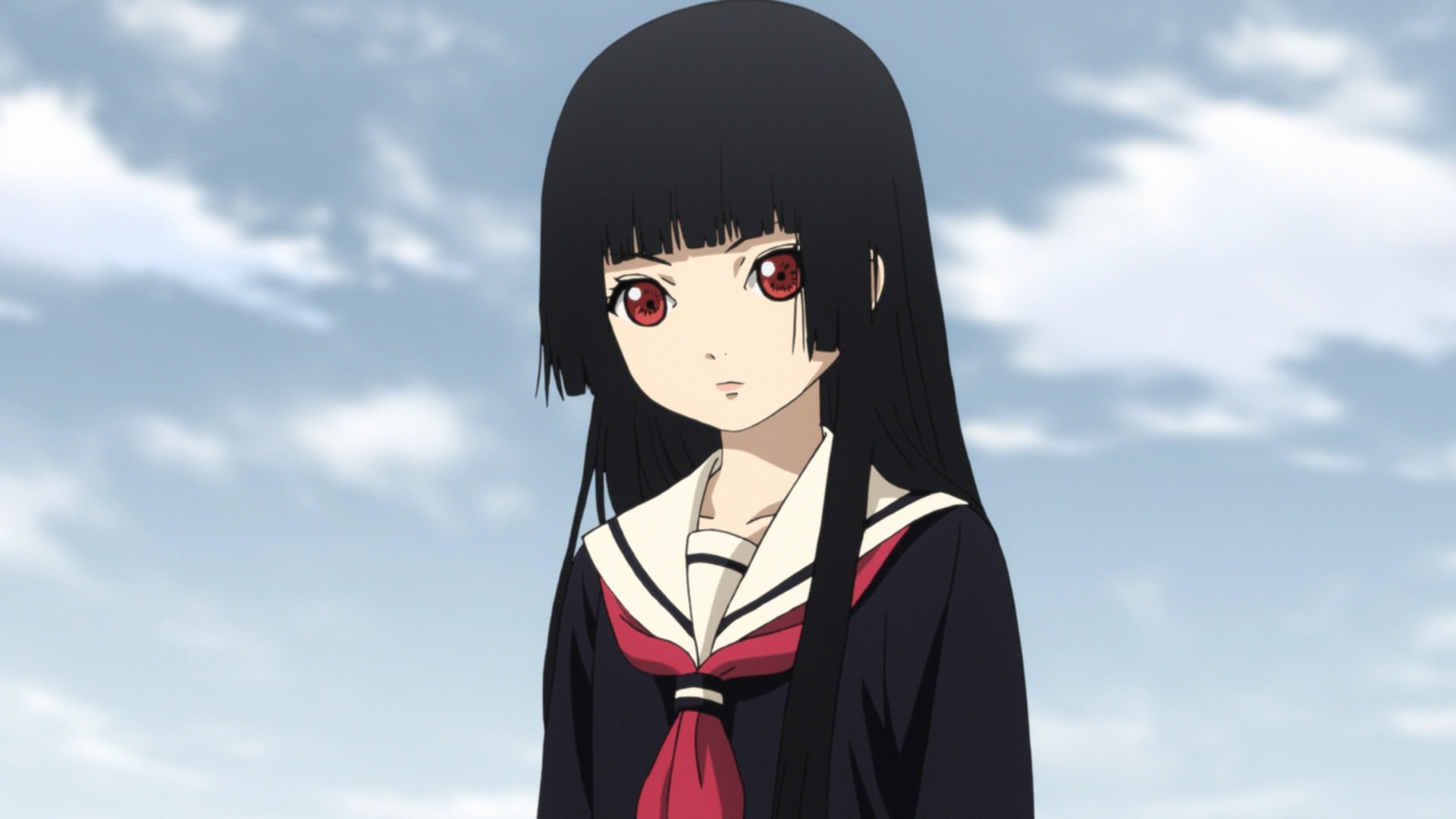 Hell Correspondence website is a gateway for anyone with a grudge to send their enemies to hell with the help of Ai Enma, the Hell Girl. Unfortunately, taking revenge comes at a considerable cost for people as they also end up in hell after their death. When the second part of the deal is presented to some, they feel that the cost of the revenge is just too high, while others are too preoccupied with hate that they don’t mind burning themselves in the process.

In all the chaos, the Hell Girl does her job without failing and keeps an amoral stance throughout the entire procedure. The anime is a must-watch for anyone looking for a horror show that centers upon a young girl with mysterious supernatural abilities. You can watch ‘Hell Girl’ here. 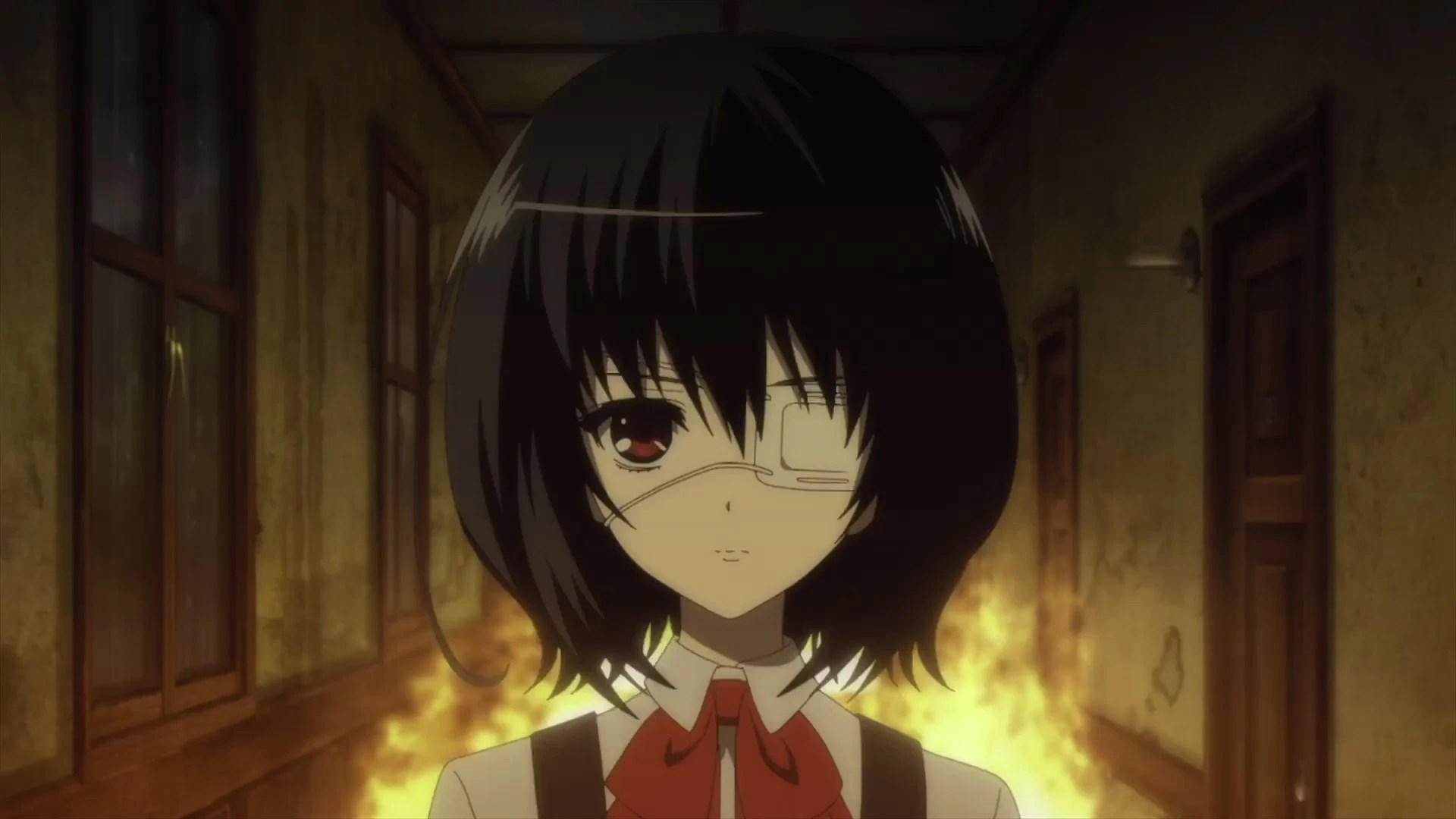 Kouichi Sakakibara is a transfer student at the Yomiyama North Junior High who befriends his classmate Mei Misaki soon after arriving there. Unfortunately, the rest of the students constantly warn him about getting too close to things that don’t exist. Torn by their cryptic messages and a series of horrific events, Sakakibara finds himself in the midst of a brutal struggle for survival. Just like ‘Mieruko-chan,’ ‘Another’ centers upon a young school-going girl with supernatural abilities that ultimately prove to be instrumental in unraveling the mysteries of the show’s premise. You can watch the anime here. 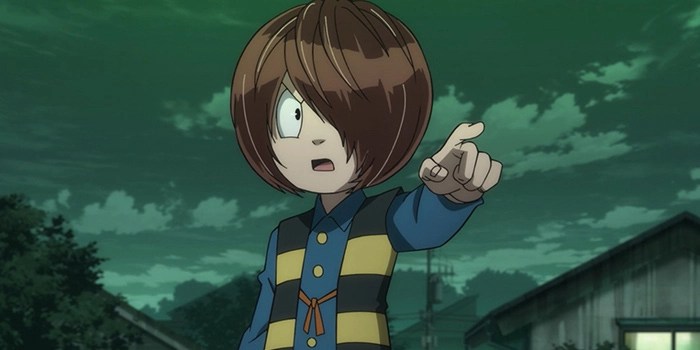 Youkai have been an essential element of Japanese folklore for a time immemorable. Unfortunately, people in the 20th century have forgotten its rich history, and nobody really thinks that youkai ever existed. However, everything changes when the modern world, with all its technological sophistication, is plagued by a strange plague leaving everyone scratching their heads. The curiosity of a thirteen-year-old girl named Mana leads her to unexpected places as hidden secrets finally come to the fore.

‘GeGeGe no Kitaro’ is a supernatural anime centering upon several inexplicable mysteries with a young girl at its center, just like ‘Mieruko-chan.’ Therefore, horror anime fans should definitely add the former to their watchlist as well if they have enjoyed watching the latter. All the episodes are accessible for streaming here. 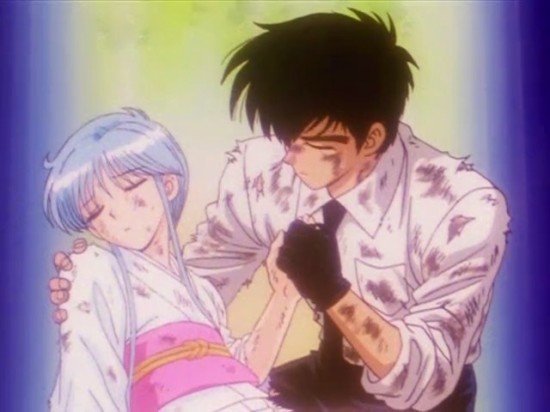 Nube may seem like any other teacher who takes care of his students and worries about their well-being. But deep down, he hides a dark secret that can put his loved ones in a world of trouble. He has somehow acquired the power to sense ghosts and spirits. Moreover, he hides a monster hand under his glove, which can be used to fight supernatural entities. Using it, he keeps his students safe from all the dangers around them, just like Miko sometimes uses her abilities to fight for the greater good.