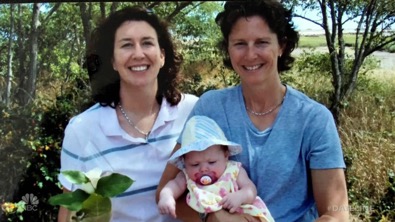 One quiet evening in Spring 2010 in the town of Granby, Massachusetts, Annamarie Rintala was found strangled in her home. It took 3 trials before the person closest to her was convicted of slaying the paramedic. However, with the overturning of the guilty verdict and the scheduling of the fourth, Annamarie is yet to get justice. Investigation Discovery’s ‘Deadline: Crime With Tamron Hall: The Painted Paramedic’ follows the complex judicial process and lays down all the facts minutely. In case you wish to know the identity and current whereabouts of the alleged perpetrator, we’ve you covered. Let’s dive in, shall we?

How Did Annamarie Rintala Die?

Annamarie Rintala (née Cochrane) was born on July 30, 1972, in Springfield in Hampden County, Massachusetts, to William C. and Lucy (Martin) Cochrane. After graduating from Cathedral High School, she got enrolled in a paramedic school in Granby, Connecticut, and also took classes in several institutions such as Springfield College, Notre Dame, American International College in Springfield, Massachusetts, and Master Dive School in Palm Beach, Florida.

She worked as a paramedic at AMR Ambulance Medical Services in Holyoke and Springfield. Annamarie loved her job which constituted of saving lives and helping others in distress. In her leisure, she loved playing golf and traveling, cheering for the Notre Dame football team, clicking pictures, and scuba diving. She fell in love with a fellow paramedic, Cara Lee Rintala, and both of them moved to a home in Granby and adopted a toddler. It was just a normal, happy, little family until disaster befalls them.

On March 29, 2010, Cara returned home around 7 pm with their daughter to find Annamarie lying on the floor of their basement. She immediately rushed her daughter to a neighbor’s home and asked them to call 911 before going to check up on Annamarie. The first respondents arriving at the scene witnessed Cara holding the body, and they proclaimed Annamarie dead. The most astonishing part of the crime scene was that there was paint on the basement floor as well as on the bodies of the victim and her wife.

The respondents described the paint as “white, wet, and shiny.” The medical examiner found 23 fresh and distinct bruises on Annamarie’s body, including multiple blunt injuries to her head. Her autopsy report revealed the cause of death to be manual strangulation, corroborating the wounds around her neck. The officers and medics who had carried the body from the basement had also observed that it was “cold and stiff.”

The investigators suspected Cara and began to look into her extensively. Throughout her interviews with the police, Cara provided a timeline of her activity on March 29. She had an argument with Annamarie regarding her socializing with a male friend at home in the absence of the latter on the night of March 28. The next day Cara went out at 3 pm with their daughter and the investigators attempted to trace each step by corroborating with surveillance footage and physical evidence. 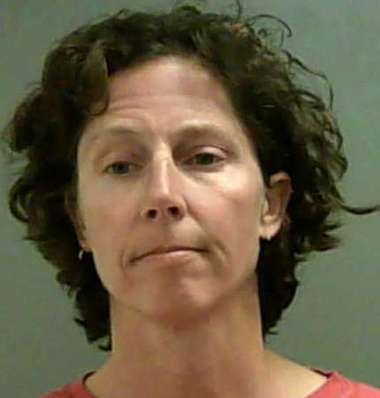 Cara claimed she visited the Holyoke Mall, which was verified with her being spotted on surveillance a little before 5 pm. She then visited a McDonald’s where surveillance recorded her parking her truck near the rear parking lot and disposing of several items in a trash can. She then went on to visit a grocery store and another local restaurant before returning home. A state trooper went over to check the trash at the McDonald’s on March 30 and retrieved 3 rags, one of which reportedly contained a “faint bloodstain.”

This bloodstain went on to become the biggest breakthrough on the part of law enforcement. Massachusetts State Police crime laboratory ran an analysis of the bloodstain and concluded the victim was a potential contributor. The prosecution alleged that Cara and Annamarie had “an acrimonious, at times violent, marriage” which resulted in the former strangling her wife in March 2010. She allegedly then disposed of the evidence by driving around all day and texting and calling the victim all the time to “demonstrate that she believed the victim was alive.”

It was also alleged that Cara poured the paint before the first respondents arrived at the scene to eliminate whatever forensic evidence was there and to convolute the crime further. She was indicted on a first-degree murder charge of the 37-year-old Annamarie in October 2011 and the case subsequently went to trial.

Where is Cara Rintala Today?

Cara Rintala was tried in early 2013 and 2014 but both the trials ended in a mistrial as the jury could not reach a unanimous verdict. She was out on $150,000 bail since March 2014, only to be put on trial for the third time in Fall 2016. This time Cara was convicted of the first-degree murder charge. The prosecution had included the testimony of David Guilianelli, a quality engineer at Glidden Paint, the same company whose paint was allegedly used to contaminate the crime scene. The expert concluded that the paint was poured intentionally and suggested a time frame that incriminated Cara.

Cara was sentenced to life in prison without the possibility of parole but the conviction was eventually overturned by the State Supreme Judicial Court in September 2021 and a fourth trial was ordered. Cara was freed on $50,000 cash bail or a $500,000 personal surety in November 2021 and currently lives with her elderly parents and her teenage daughter in Rhode Island. Her fourth trial date has been set on September 6, 2023.