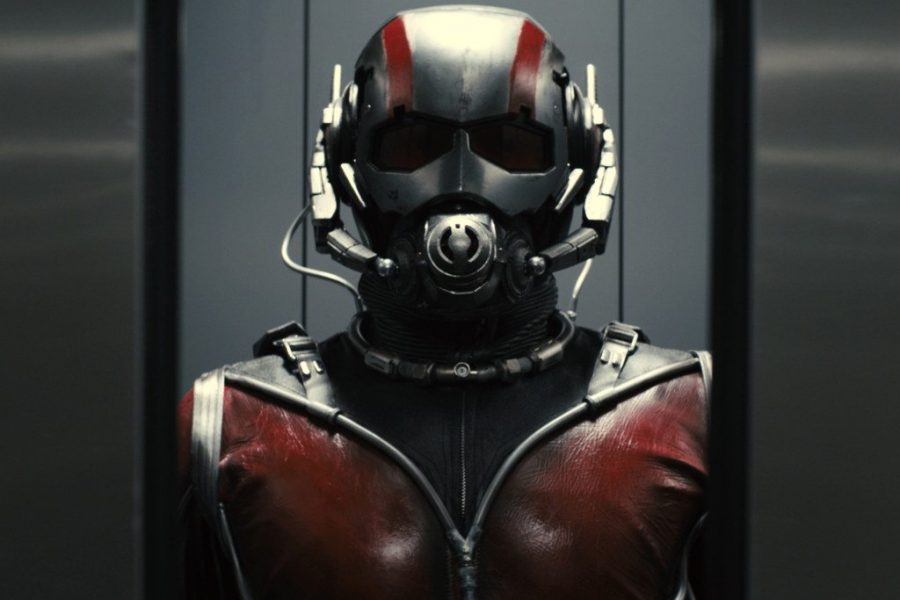 When Marvel announced its intention to do Ant-Man, not everyone was surprised, but then again, not everyone was stoked either. In the comics, Ant-Man is the founding member of The Avengers, along with Wasp. Hank Pym/Ant-Man was also the one who creates Ultron. The current MCU changes all that drastically, so people thought: “Where to fit Ant-Man?”

But as in the comics, the movies also have an ever expanding roster of Superheroes: We can’t assume the big guns to stick around forever. Contractual obligations, loss of interest and whatnot. Also, Marvel is moving towards its end-game – Infinity War, where the superheroes have to fight it out with the Mad Titan, Thanos. So, more the merrier.

But I digress. Getting back to the movie itself. Edgar Wright was associated with Ant-Man for quite a while and it had everyone excited. We would get humor by the buckets with an exciting story as well.

In the current version – with Peyton Reed directing – we get both, but in tiny quantities, like our protagonist himself. That doesn’t mean the movie isn’t enjoyable. Heck, it is a breezy ride, laced with great comic situations and punchlines and a manageable story. Paul Rudd exudes an easy charm and carries the movie effortlessly forward. Corey Stoll is menacing as Darren Cross, Pym’s protege, and has come far from his initial, House of Cards days. Evangeline Lilly is plain brilliant, and Michael Douglas is good too. The action is ant size, thrilling and edge-of-the-seat at the same time – Ant-Man’s fight with Falcon is great. Some great moments and imagery – like the one when Ant-Man enters the Quantum Realm.

But that’s about it.

The problem with the movie is that it is forgettable. You got it right; the absence of Edgar Wright is sorely missed and his hands on the screenplay are felt here and there. It just leaves a lot to be desired. Coming to the part about Hope Van Dyne – Hank Pym’s daughter. The movie goes out of its way to not let her don the suit; Evangeline Lilly outshines Rudd in every frame she is in, and it is evident that her character is ready for the part. All the father-daughter nitty-gritty is fine and melodramatic, but it really doesn’t seem convincing and the entire exercise of bringing on Scott Lang and training him to serve the current narrative seems rather pointless.

In the movie, there is a scene where Hank Pym reminisces about how he lost his wife – the original Wasp – in the quantum realm. I suppose Pym’s original escapades would have made for a better story overall, with a climactic and tragic loss in the end.

But as I said earlier, the movie still has its moments. And the greatest of them are when Michael Pena is in the scene. In a minor role as Scott Lang’s associate, Pena with his non stop talk, ever grinning face is the kind of character you’d see in an original Edgar Wright piece. He breathes life in some of the scenes where even Paul Rudd couldn’t, and plain out-acts everyone sometimes, even Michael Douglas.

Coming to the Marvel staple – the end credits. There are two of them, here.

In the mid-credit scene, we see Hank Pym finally showing an advanced version of the Ant-Man suit to his daughter. This obviously hints at the inclusion of Wasp in the Marvel roster. We have heard Kevin Fiege say that the Wasp won’t be seen in Civil War (because it will be too crowded.) So, the hopes of seeing Hope Van Dyne in a standalone movie are about as remote as the Black Widow in one.

The end credit scene points directly at the start of Civil War: Captain America and Falcon have located the Winter Soldier who is tied up in some remote facility. Falcon wants to call Tony Stark to inform him, but Cap responds by saying that he won’t help because of the Accord. This maybe a full sequence pulled up from Civil War and put here as an Easter Egg.

All in all, Ant-Man is watchable.