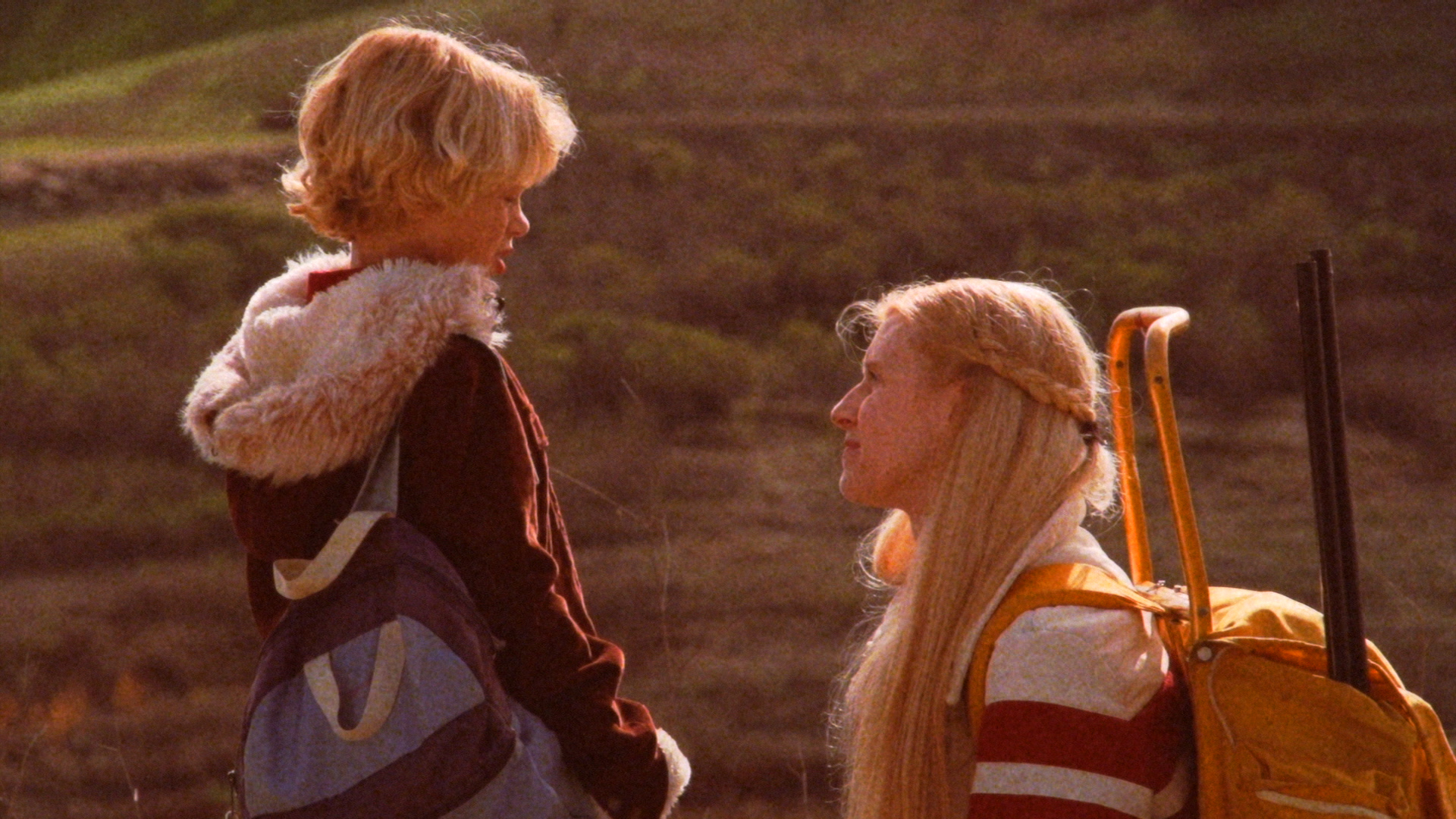 With its faux-documentary approach, ‘Antrum’ builds up to its actual story by first featuring a series of fake interviews and news recordings, which remind you of the prologue of Nolan’s space opera, ‘Interstellar‘. Claiming that ‘Antrum’ has previously killed almost everyone who watched it, the movie almost makes you believe that it’s an actual documentary. And then, with a two-layered countdown, it subtly grows its tense atmosphere and shows you the so-called “Deadliest Film Ever Made.”

Somewhere near the 10-minute mark of the movie, the real ‘Antrum’ begins with a relevant build up. With a 70s retro-styled setup, ‘Antrum’ revolves around two siblings named Oralee and Nathan. After their dog attacks Nathan, their mother takes him to the vet to get him euthanized. Following this, Nathan starts hallucinating strange things and even gets disturbing nightmares. Things get worse when Nathan’s mother claims that the dog went to hell because of all the bad things he did. To relieve him from his trauma, Oralee decides to take him to the forest, where she believes Lucifer landed after being sent down from heaven. Using a grimoire, which she later reveals is her own fake creation, the two recite a protection prayer and start digging through the layers of hell. 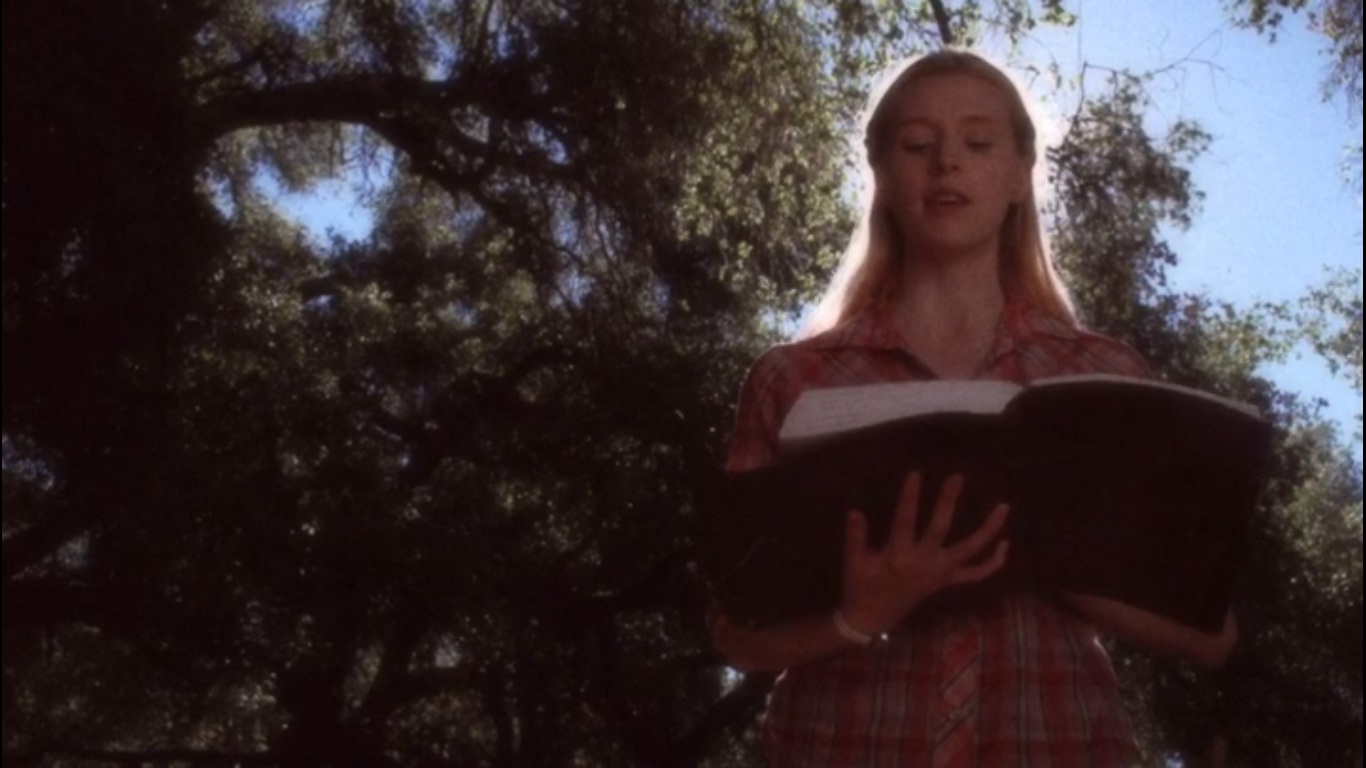 The film’s story then unfolds itself in context with the different levels of hell which seems quite similar to the concept from Dante’s Inferno. Each layer is marked with Latin names where the first one is “Nefastus,” the second is “Malificus,” the third is “Demonium,” the fourth is “Incartus Dest Metus,” and the final one is “Abyssus.” The name of the movie, “Antrum,” itself means “Doorway to Hell,” so the way its storyline unravels itself with all these levels of hell seems quite relevant. Apart from its reference to Dante’s inferno, it also alludes to other similar “rumored-to-be” doorways in different parts of the world. As the two further delve into this hell, things get stranger and go from being creepy to downright disturbing.

If we take Dante’s circles of hell into consideration, one can identify themes of Lust and Gluttony in the segments where the siblings meet the two strange men in the backwoods. It is later revealed that Oralee was only lying to make her brother feel better. This part of the story represents Fraud, Treachery, and Heresy. And finally, the last act where Oralee kills the two men is simply a representation of Violence and Rage. With this, the movie gives you a glimpse of all seven circles of hell.

The Ending: An Imagined Hell 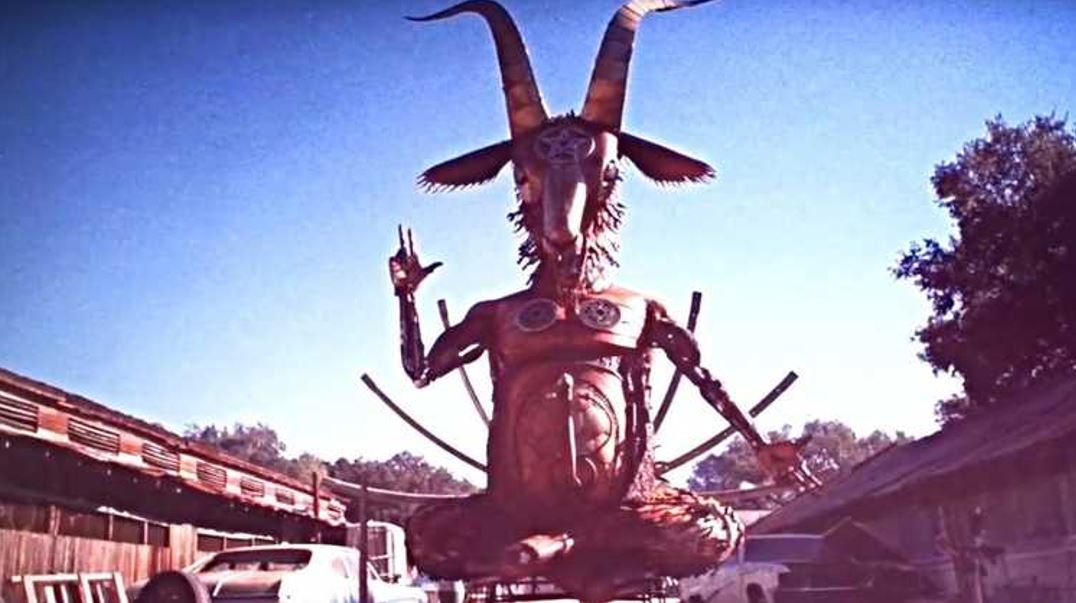 Other major references made by the movie to existing mythology and folklore include Cerberus, a three-headed dog that guards the gates of hell, and the Demon Astaroth, whose symbol is subliminally overlayed into several frames of the film. Most would be able to recall Cerebrus as “Fluffy” from the first ‘Harry Potter’ movie and when it comes to the Demon Astaroth, his sigil seems very similar to the pentagram, which is often associated with satanism and cult practices in pop culture.

The ending of the movie primarily uses these references to bring a rather ambiguous conclusion to its story. Nathan ends up saving a dog from an animal trap, who he previously believed was the Cerberus. In the closing moments, he walks towards his sister’s tent with the trap, while she waits there with a pistol in her hand, assuming that the Cerberus is coming for her. The ending could either imply that Nathan has been possessed by the Demon Astaroth as he previously recalled being stalked by the evil entity.

A deeper look at the film would suggest that the two kids have completely lost their minds and are too contrived in their twisted imagination. Oralee first tries to convince Nathan that they’re actually exploring hell and will eventually be able to free their dog’s soul. But eventually, she, too, becomes a victim of her own false claims while Nathan learns that Cerberus was only a part of his imagination. Either way, things clearly do not end too well for the siblings.

A final post-credits motif of the movie reveals how it instills horror and reveals many details behinds its production. An expert sound technician, Brock Fricker, explains how the movie’s sound design involves binaural beats which can easily evoke feelings of anxiety and uneasiness in a viewer.

Another expert, who is supposedly a theology professor named Dr. Ivan Gaston, talks about its subliminal messages and claims that Demon Astaroth’s sigil appears 170 times throughout the film as an artificially imposed overlay. He also explains the origins of the Demon Astaroth and how all the real folklore around him comes in tandem with the movie’s premise. Several Latin verses also appear for a single frame throughout its runtime. These may not make sense to most people, but they certainly do add more heft to its unsettling atmosphere. 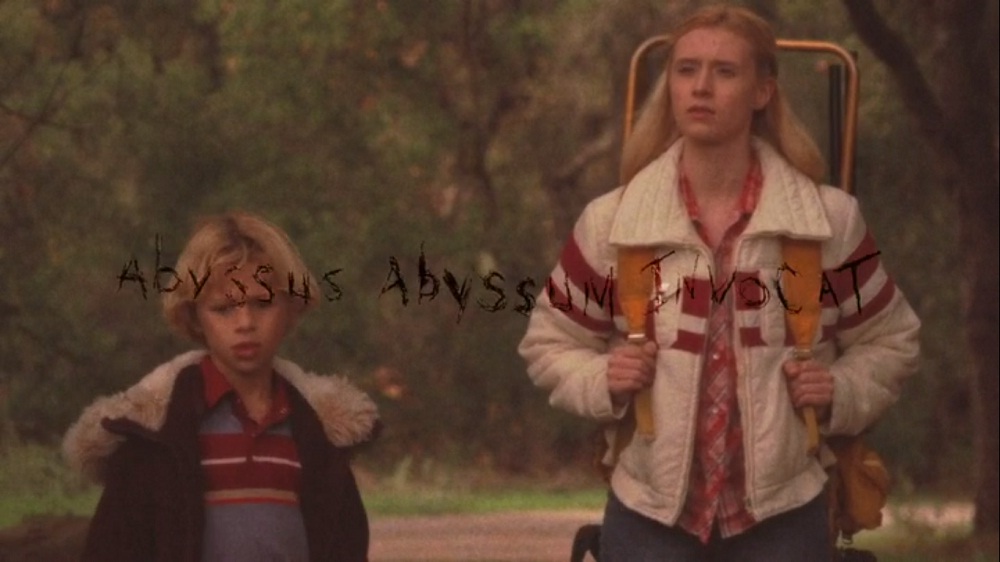 Although the post-credits scene only intends to clear out that the movie is entirely a work of fiction, it also serves as a deep study of horror movies. It shows how a movie like ‘Antrum’, which has low production value and involves little to no jump scares, can still be terrifying than most other mainstream horror films out there. Its idea is certainly not original and draws inspiration from John Carpenter’s ‘Cigarette Burns’, ‘The Ring‘ and maybe even ‘The Blair Witch Project.’ Nonetheless, the creative efforts of the filmmakers are certainly commendable.

Read More: Is Antrum Based on a True Story?