TIFF Review: ‘Apostasy’ is a Must Watch Due to Strong Performances 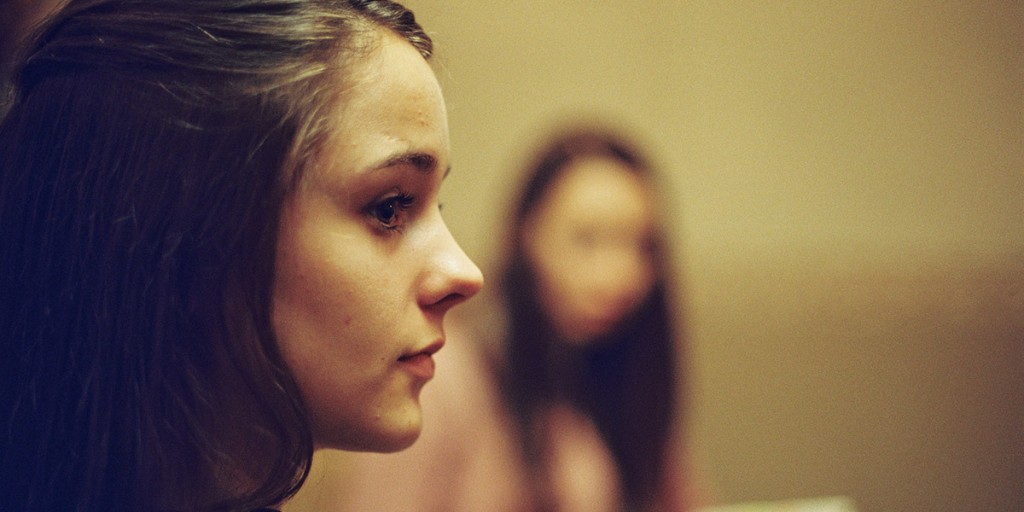 Ivanna (Siobhan Finneran) is a devout Jehovah’s Witness living in northern England with her two daughters Alex (Molly Wright) and Luisa (Sacha Parkinson.) Alex is anemic. As a newborn, she was given a life-saving blood-transfusion; something that was done vehemently against the wishes of her parents and the church elders. She has carried the weight and the perceived shame of this with her throughout her life. In the film’s opening scene, upon reaching adulthood, Alex signs a waiver explicitly declaring that she not be given any blood transfusions for any reason; something which is strongly objected to by a health care professional. Ivanna and the church are proud of her decision, seeing it as a sign of her faith and devotion to Jehovah.

Alex’s sister Luisa becomes disfellowshipped after becoming pregnant at college. She is forced to move out and be cut off from all contact with her mother and the church, something Ivanna goes along with. Ivanna visit’s Luisa occasionally to check on her and help clean her flat but she is not permitted to eat or socialize with her.

Alex begins a courtship with a newly arrived elder named Steven (Robert Emms) and looks to be on the fast track to marriage and a wholesome Witness approved life. Despite the seemingly bizarre circumstances in which witnesses’ relationships form, one cannot help but rooting for the couple. At a social gathering, Alex suffers an anemic episode and dies in hospital; due to the church’s policy on transfusions.

Luisa eventually leaves the father of her baby, Umar (Abiq Khan) and tried to re-establish herself with the church, attending meetings and receiving counselling. After becoming frustrated after months of work without being welcomed back as a Witness, Luisa decides that she will not continue to rejoin the church; although she still wishes to see her mother, something that is forbidden for Ivanna.

Ivanna, having lost two daughters is heartbroken but resolute in her faith. She tries again to reconcile with Luisa who has now given birth to a daughter. Luisa has no desire to return, harboring anger at the church because of her sister and what she has since learned about them. In the heartbreaking final scenes, we see how desperate Ivanna’s confines have made her; something which makes for a powerful finale.

The entire cast is superb and despite any xenophobic or anti-faith opinions the audience (me) might have, we genuinely hope for a better and brighter future for all of the characters, aptly brought to life by three strong female leads in Finneran, Wright and Parkinson. The film will probably do little to appeal to Jehovah’s Witnesses themselves, as it doesn’t necessarily paint them in a favourable fashion but I don’t know if Jehovah’s Witnesses are allowed to watch movies. I also highly suspect that any of them would care what I think.