Review: ‘Aquaman’ is One of the Best Popcorn Blockbusters of the Year 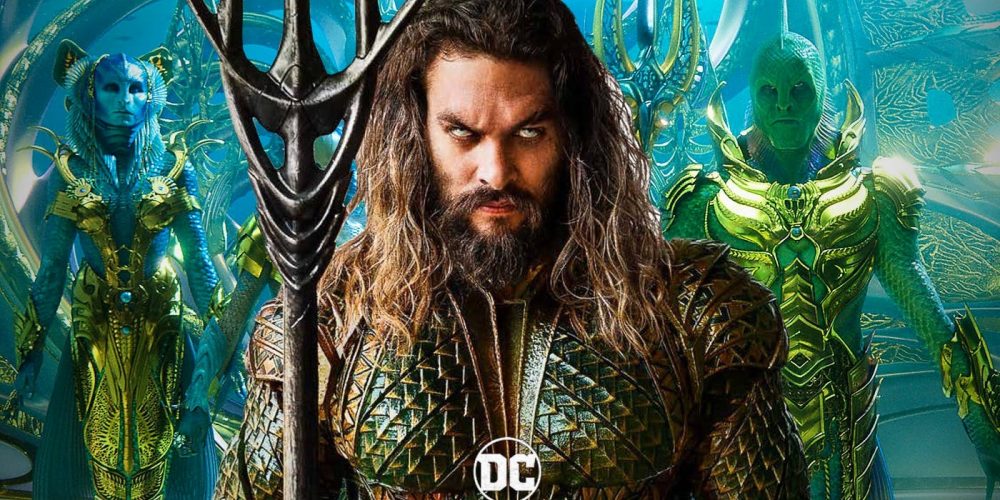 ‘Aquaman’, the sixth film in the DC extended universe released this week in a number of markets to roaring numbers. While the box office predictions for the film continue to revise in the upwards direction, its actual merit and the total box office haul this film would have will be, to an extent, determined by the reviews it gets and how well it performs critically, an aspect that has hurt four out of the five DC films preceding it, barring ‘Wonder Woman’ of course. Quite frankly, a lot of eyes rest on this one particular facet: its critical performance, and I wouldn’t normally begin a review this way, but the air of unfair criticism around DC movies and the unwarranted comparisons to Marvel are too real not to talk about.

Aquaman’s initial critical reception fares comparatively better than all of its predecessors (Except WW reigning at 93%) who couldn’t even make it past the 50% mark on Rotten Tomatoes, but it is especially disheartening to see some of the reviews out there, especially those of some Indian critics criticising the very things that received an easy pass for some inferior Marvel productions. Yes, I’m sorry that the film is chock full of CGI to the lungs, however excellent that might be. It’s a pity they couldn’t shoot Momoa, Heard, Wilson, Kidman and Dafoe actually talking underwater. If it isn’t established already, I am a believer in the DC universe, having virtually grown up with their lore, and have supported all the DCEU productions with at least a viewership and a fair, opinionated review afterward. In the golden age of superhero movies, we as an audience are extremely lucky to witness such movies from both factions, but if this review can fight out some of the bias out there, I’ll consider the job done.

As for the film itself, DC fans can breathe a sigh of relief, partially knowing that the possible future of the DCEU depends on the success of this film. While commerce for ‘Aquaman’ is still highly variable since it opens in the US a week later, we can be assured that ‘Aquaman’ is a definite improvement over the trainwreck that ‘Justice League’ or ‘Suicide Squad’ was. I am also possibly on the side of the minority with this, but ‘Man of Steel’ still remains the best DCEU movie for me till date, followed strongly by ‘Batman V Superman: Dawn of Justice’. In that, ‘Aquaman’ is more in line with ‘Wonder Woman’. It doesn’t take unnecessary risks in major plot points, and is more or less a ‘safe’ outing with a serviceable storyline, without any of the trappings that made previous outings too ‘dark’ to comprehend, both thematically and aesthetically. However, that coupled with some stunning visuals, Momoa’s charismatic lead act, and commendably well-choreographed and well shot fight sequences make ‘Aquaman’ one of the most worthy popcorn blockbusters of the year.

‘Aquaman’ serves partly as origin story for the eponymous superhero, tracing his origins and his relationship to Atlantis, and partly dwells upon Arthur trying to stop his brother Orm from becoming Ocean Master and declaring war upon the surface world in the present day. In order to do that, Arthur must embrace his Atlantean instincts and search and a retrieve a long lost, legendary trident belonging to King Atlan, the first ruler of Atlantis, and with the ability to control virtually all aquatic life. The film charts out Arthur Curry’s journey from when we last saw him in his first major role in last year’s ‘Justice League’ as a man torn between the land and the sea but trying to do the right thing, and while ‘Aquaman’ considerably builds on that struggle, even involving a backstory between Queen Atlanna and Arthur’s biological father, it finally comes full circle to showcase his transformation to the king of the deep who would eventually unite the seven kingdoms of Atlantis. 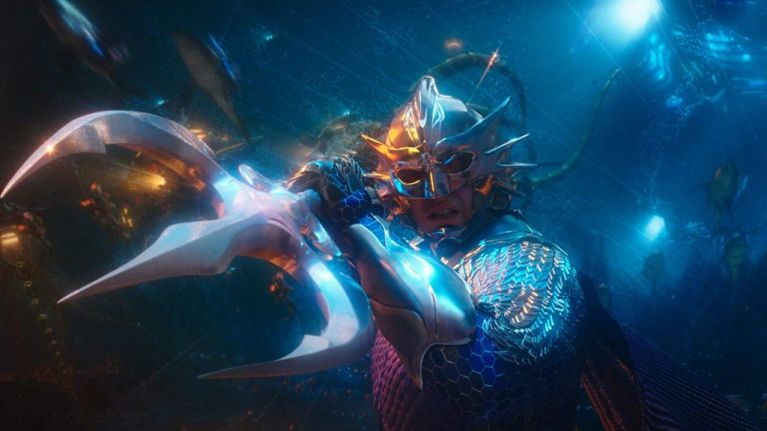 With respect to the story, its strongest suite is unequivocally the lore of Atlantis and its people who it brings to the screen in stunning visual aesthetic. The history of Atlantis, of what the seven kingdoms were, the great fall that followed and separated them, how the much sought after trident came to be and how its wielder would have the power to unite the seven kingdoms, as dictated by Nuidis Vulko, Orm’s trusted Vizier and Arthur’s mentor, will appeal to the sense of wonder in you, just as comic books (or movies based on them) should.

Unsurprisingly, and as seen from the trailers, Atlantis is beautifully realized as an underwater wonderland, with hints from James Cameron’s ‘Avatar’ and fueled by Wan’s own imagination, Wan himself having been proven an innovative filmmaker on multiple occasions in his own right if nothing else. Wan’s mastery is especially visible in the action scenes and brilliant set pieces, including the ring of fire fight, Aquaman vs. Black Manta and the pirates, the final fight, the rooftop chase, the desert scene, the Trench and on, where he innovatively guides the camera without too many close cuts to bear close witness to the action on screen, frequently employing the first person and tilt techniques. It is this deft hand that keeps ‘Aquaman’ afloat throughout and keeps it from sinking like any other film in less skilled hands would have, and also because there can never be enough water puns.

The underwater creatures too are stunningly created with unreal detail in cutting edge VFX, such that it would make one wonder why Superman’s infamous upper lip botch job was such a disaster in last year’s ‘Justice League’, if a result as boast-worthy as ‘Aquaman’ can be achieved at close to half the budget. Agreed, that there were occasional slip ups, but one can come to expect this in a film that is virtually all CGI. From heavily armoured sharks and seahorses, to tribesmen inspired from piranhas and mermen, to legendary creatures inspired from Japanese Kaiju, ‘Aquaman’ dwells in, and spends plenty time with this fantastic world, and while agreeably in showcasing all of this, the plot or even character building might take a back seat, the general movie going audience would have a hard time taking their eyes off the screen to scrutinize these aspects, which, I have to give credit, is a win for the film. Ironically so, the story itself isn’t one of the film’s strongest suites as would have been obvious by now. The plot is pretty straightforward as explained, the treatment too is standard, but what wins for ‘Aquaman’ as it has for other films venturing into parallel worlds is the treatment of the hero’s home world, its natives and the history that binds the two. James Wan uses this comic book backing, puts his imagination in top gear and lets it flow (pun intended). The result is a wild, exhilarating adventure that is visually stunning and seldom puts off the viewer’s interest, even if the outcome is more than predictable. WB, for once, seem content in letting him take over the reins, fully aware that had they done the same with some of DCEU’s previous films, the current fate of the DCEU wouldn’t have been what it is. While it is a pity, it makes me positive given how ‘Aquaman’ might just be the glimmer of hope the DCEU needed. Yes, the criticism regarding the wooden dialogue, standard plot and probably even the overlong running time hold, but viewed from that lens, a majority of the superhero movies today would never rise above critical banter. It is nowhere near a perfect film, but it is perfectly entertaining and a step forward in the right direction.

‘Aquaman’ is the biggest film in the DCEU in terms of sheer scale, execution, and its vision, however eccentric it may seem at first, demands that you dive in and enjoy the ride. Led by Momoa’s charismatic and confident act, and helmed by Wan’s commendable vision, this is quality popcorn entertainment that could have been much more sans the regular plaguings of the genre. Snyder took on the task of tethering Aquaman from his oft mocked about ridiculous image in the 60s while other superheroes basked in the limelight, and establishing him as a total badass. Wan takes the baton further, and fulfills the task, with Momoa virtually encapsulating an aura that makes it tough to take one’s eyes off him. Close to 70% of the film is in the IMAX format, and absolutely gorgeous to look at behind the 3D glasses, especially the underwater sequences. That should help you sort out your weekend plans.