Are Alex Kompo and Alyssa Salerno Still Together? 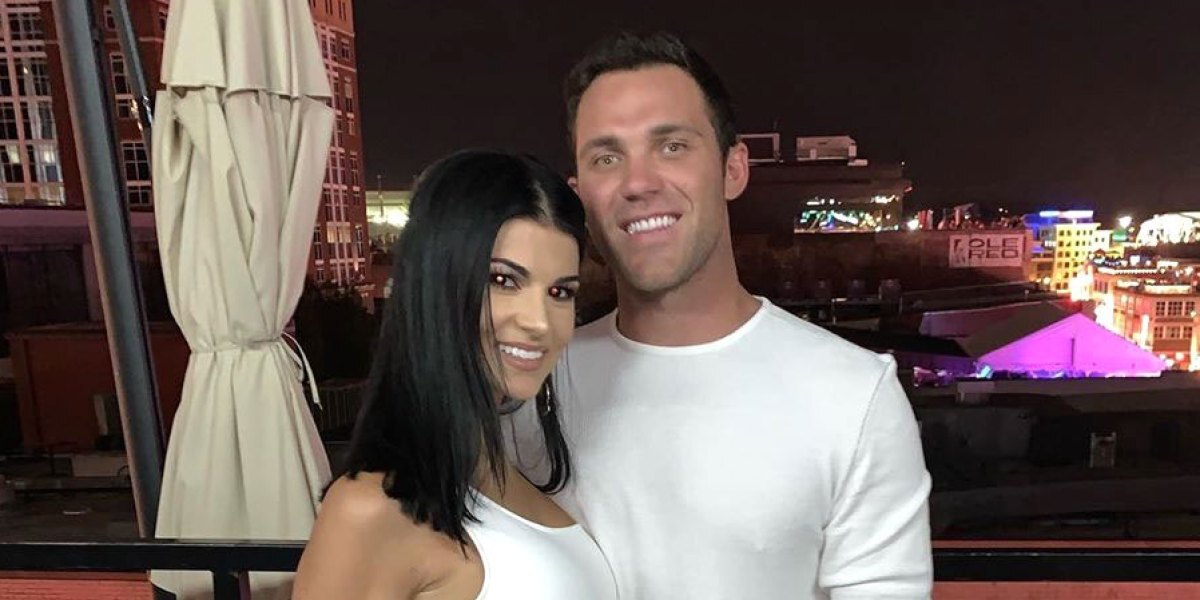 ‘Siesta Key’ is a reality television series that follows the high-end lifestyles of a group of people who live on the eponymous barrier island in Florida. Created by Mark Ford and Warren Skeels, the show first premiered in July 2017. Because of its incessant production of interpersonal relationship drama, the show has been touted as a “guilty-pleasure” watch by the critics and the audiences and has managed to spawn three seasons.

It has been inspired by the popular series, ‘Laguna Beach: The Real Orange County.’ Out of all the pairs on the show, Alex Kompo and Alyssa Salerno have always remained in the spotlight for their controversial relationship. Let’s find out whether their love fizzled out or stood the test of time?

Alex Kompothecras has always been the most notorious cast member of the series. Even before the show aired, Alex was dragged for indulging in an act of animal cruelty and racism. The 25-year-old is addicted to the lux life, all thanks to his affluent businessman father, Gary Kompothecras.

On the show, Alex has had a fling with almost every woman, be it Juliette Porter, Madisson Hausburg, Kelsey Owens, and others.

Throughout seasons 1 and 2, Alex switched his allegiance between all the women on the show, and by the end of the season, he put an end to his infamous on-and-off relationship with Juliette. In early 2019, Alyssa Salerno came along in season 3 and the duo instantly hit it off, causing Juliette to think it’s just a rebound.

However, their relationship blossomed with the progress of the season until Juliette revealed to Alyssa that she and Alex hooked up during their trip to Nashville. Naturally, it created a rift between Alex and Alyssa and she moved out of his house, while Alex spent the night out partying in a bar. So, did their relationship survive the cheating drama?

Are Alex Kompo and Alyssa Salerno Still Together?

Yes, Alyssa forgave Alex with all her heart and they reconciled even after the whole scandal, much to Juliette’s chagrin.

Not just that, in December 2019, Alex took to Instagram to announce that he and Alyssa are expecting a baby. “Little princess on the way,” he wrote in the caption.

And on June 11, 2020, the couple welcomed their first child into their life. They named the adorable little munchkin, Alessi. Here’s a cute picture of Alex and the baby Alessi!

As much as it seems that the two are happy together, the show’s cast member and Alex’s ex-girlfriend Juliette feels that their relationship isn’t going to last long. In a conversation with ET, Juliette said, “I know that he never wanted to date in the first place. He didn’t want to be in a relationship. Him and I just got out of a relationship [and] it’s not healthy to jump back into something, let alone have a baby with a person you’ve been dating for a couple months. Whether they’re in love now, I don’t know, but I don’t think he’s ready to settle down.”

However, Juliette believes that there is a great chance that fatherhood can have a positive impact on Alex’s conscience and he might change. “His daughter could be one of the best things that will ever happen to him, so I’m really hoping that maybe he’s no longer going to be the person that he used to be,” she said to ET.

On June 16, 2020, Alex was fired from the show after several racist comments he passed in the past, resurfaced on the internet. Here’s a tweet from the show’s official account!

We’ve made the decision to cut ties with Alex and are editing the current season to minimize his presence. He will not be in future seasons of Siesta Key.

So as of now, Alex and Alyssa are very much together and are enjoying their time with their precious new-born baby. As for whether they’ll be in love forever, your guess is as good as mine.