Are Green Vega Rapists Freeway Phantom? Where Are They Now? 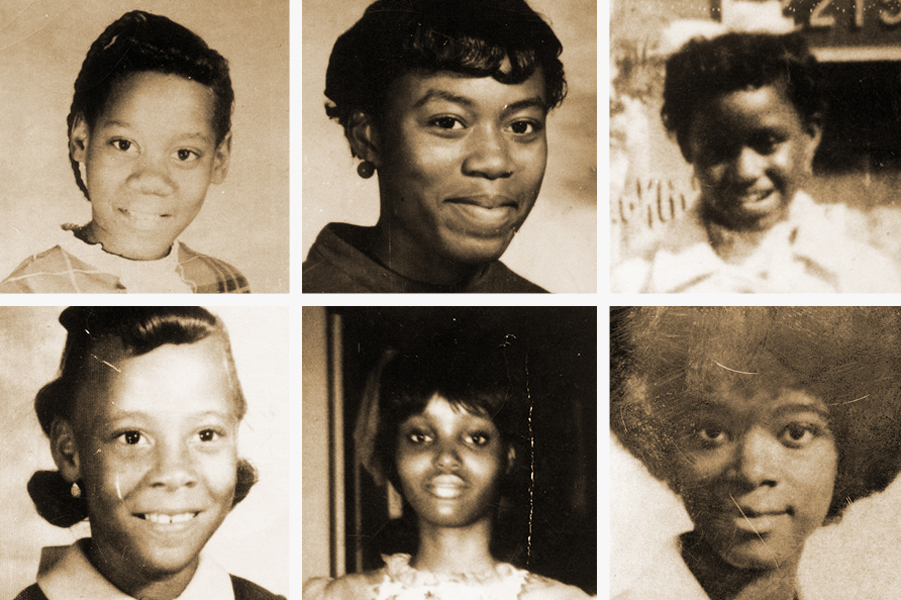 Investigation Discovery’s ‘People Magazine Investigates: The Freeway Phantom’ tries to shed light on what is touted to be Washington, D.C.’s first serial killer, who was known as the Freeway Phantom. As per reports, this serial killer was responsible for the rape and murder of at least six minor black girls in D.C. between April 1971 and  September 1972.

The serial killer remains unidentified even after half a century, though police have identified several probable suspects. One such potential suspect was the Green Vega Rapists gang, which operated simultaneously as the serial killer and was involved in numerous rapes and abductions. So were they really the sought-after serial killer? Let’s find out, shall we?

Who Are the Green Vega Rapists?

The Green Vega Rapists was a gang operated in Washington, D.C., and the surrounding Maryland vicinity. They were responsible for numerous rapes and abductions near the Washington Beltway. The gang members met at Kelly Miller Junior High and then Springarn High School, though most of them did not complete high school.

However, the unofficial leader, John Nathaniel Davis, was a math major at Federal City College, where he took night classes. He was an alleged pedophile who had illicit physical relationships with the 16-year-old babysitter of his children and her 13-year-old younger sister. Compared to John, Morris J. Warren was not so educated as he dropped out to support his girlfriend and the three children he had with her. After numerous unlawful activities, arrests, and odd jobs, he joined the Green Vega Rapists.

Another member of the gang was an individual named Paul Fletcher, who worked as a janitor in the Montgomery County Public Schools. The final two members of the gang were the violent Paul Brooks and Melvin Gray, the latter working as a mail carrier. The five gang members drove around in a green Chevy Vega with a Maryland license plate, working predominantly out of the African American neighborhoods of D.C. to escape suspicion.

As per police reports, the first possible crime of abduction and rape committed by the gang was in 1969, with the majority occurring from 1971 to 72. Their crimes coincided with the operation of the serial killer known as the Freeway Phantom, with some of their abductions taking place only blocks away from where Phantom’s victims had been kidnapped. The police quickly apprehended John on February 11, 1973, and Morris was caught months later, on April 21, 1973.

On October 5, 1973, Morris and John were convicted of numerous counts of crime, and the former was sent to Lorton Prison in Virginia. The other gang members had also been caught by then and would be tried separately. Around this time, investigators began to suspect the gang’s involvement with the Freeway Phantom murders. They had few witnesses, one of whom notably testified she had heard John say that he killed little girls right next to the location where one of the victims’ bodies was found.

The investigators needed one of the gang members to talk to them but discarded John to be too smart to be the one to open up. The other three members were undergoing trial, and it left them with Morris. In the spring of 1974, detectives visited Morris at the Lorton Prison. They promised to offer him certain privileges in exchange for information regarding the rape cases in D.C. and Freeway Phantom. Throughout late May 1974, Morris talked with the investigators, and they were finally gaining valuable information on the notorious serial killer.

Unfortunately, the investigation hit a roadblock when Prince George’s County State’s Attorney, Arthur A. Marshall Jr., went public with the investigation to garner votes in the upcoming fall election. It spooked Morris, and he began to make unrealistic demands from the investigators and prosecutors. Amidst the chaos, an infuriated John figured out what was happening and wrote to Morris, demanding answers for his betrayal. The correspondence spooked the latter as he did not want to face his associate’s wrath or be termed a jailhouse snitch.

Seeing an opportunity, other gang members also started to come forward, hoping to cut a deal with the prosecution. Melvin Gray tried to falsely implicate the members in the rape and killing of one of the victims of the Freeway Phantom as rumors began to spread among the media regarding the investigation. On August 29, 1974, Morris officially recanted all his statements and denied having any information regarding the Freeway Phantom killer.

While some investigators believed that the gang was involved somewhat in the Freeway Phantom killings, other experts and detectives gave opinions to the contrary. They pointed out that all the information Morris and other members offered came straight out of the news reports published then. They had nothing more to offer and skipped information not mentioned in the press at that time, such as a note found on one of the victims. Lastly, no DNA evidence tied any of the men to the killings.

Read More: Was Robert Askins Freeway Phantom? Is He Dead or Alive?