Are Mandy and Otis Dating? 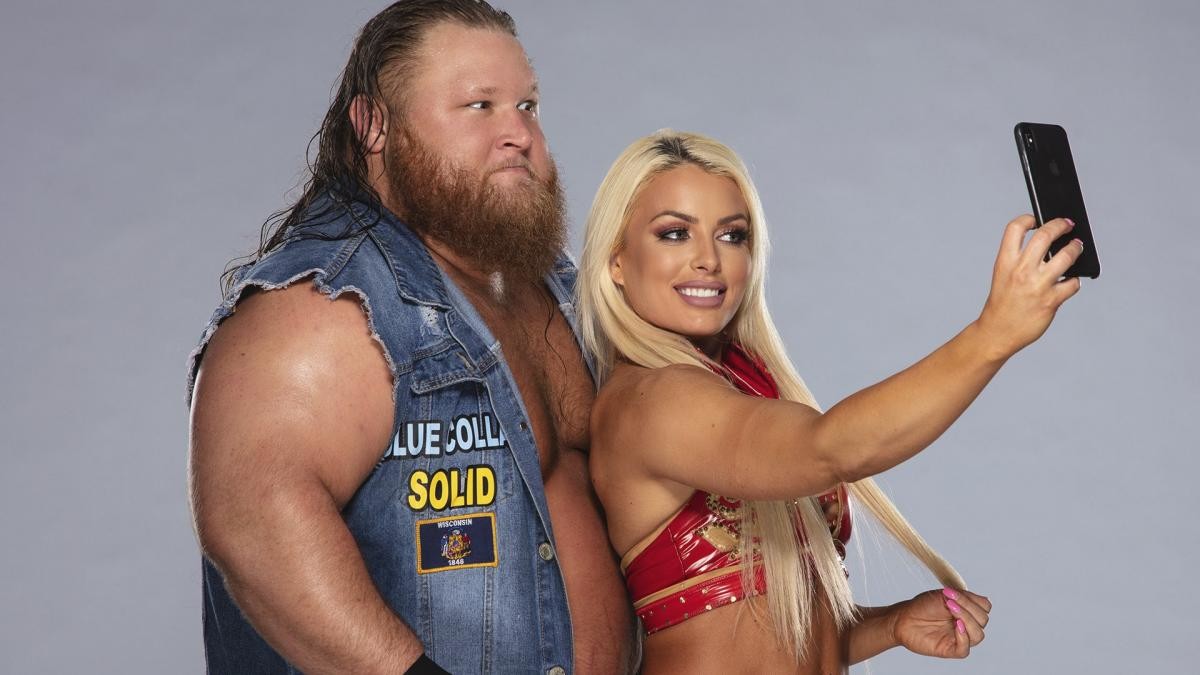 WWE has produced one of its most-loved storylines in a long time and the fans cannot help going gaga over. An American professional wrestler with the hottest physique falling in love with a bulky wrestler who has a heart of gold – an epic tale, right? Mandy and Otis thought the same and started concocting the whole thing back in 2018. But is it just an on-screen love affair or is something else brewing behind the cameras? Let us try and get to the bottom of the story!

Otis and Mandy first met at NXT, a brand owned by WWE for amateur wrestlers, and since then he professed his feelings for her. He always called her “Mandy Candy” and let her know about how much he liked her. She specifically mentions that this is not done in a “creepy” way but is sweet and cute. Within the plot, he asks her out on a date and she happily agrees. But there are some complications due to which things do not go as planned. Eventually, the couple manages to sit at a poolside and enjoy some alone time whilst still planning their “first” date.

It all started on 15 January 2018, with Otis posting a picture of Mandy on his social media account. He jokingly called her his future wife and she comments on it with a train of ’emoticons’ including shock, embarrassment, and laughter. This put the seed of the idea in their heads and Mandy went on to pitch the story to Vince McMahon, the American professional wrestling promoter and executive. He received the input with much enthusiasm and the team started the creative process right away.

They played their respective parts excellently with Otis as the sweet guy pursuing his lady love like a gentleman and Mandy laughing it off but not turning him down right away. WWE uploaded a backstage interview of them both after ‘Wrestlemania’, and it turned into a big moment as they finally get together during it. The video reached over 3M views within a few weeks. This is how hooked their fans have been to the charismatic story and eagerly wait for the next development in their relationship.

Are Mandy and Otis Dating in Real Life?

They're back NEXT WEEK! Our favourite couple! 🥰@otiswwe and @WWE_MandyRose 😍#SmackDown pic.twitter.com/BRVF1sRLzH

This simple tale of love has resonated with people so much that WWE does not plan on ending it anytime soon. The story only seems to get further as Otis is planning to meet Mandy’s father and eat all the “deli” he can lay his hands on.  Most of their fans have played along while some of them have been at their wit’s end as to whether it is a real story or has been cooked up?

Mandy straight up clears the air in an interview saying that it is pure entertainment and great writing. She has her real-life boyfriend who does not have any problem with the ongoing screen-affair. His identity has not been revealed yet she affirms that he is a very secure man. Despite some speculation that the couple has started to have actual feelings for each other, it is safe to say that Otis and Mandy are just playing their characters who happen to have the same names. A fictitious love affair has not turned into any serious relationship. While the first point cannot be entirely dismissed, the chances of Otis and Mandy becoming a thing are certainly bleak.